Yuexiushan Stadium is the venue as Guangzhou City and Changchun Yatai go head-to-head in a bottom-half Chinese Super League encounter.

An underwhelming 4-2 home defeat to Zheijang Professional last time out made it five losses out of five as Guangzhou City head into proceedings nailed to the bottom of the Chinese Super League table. On the bright side, the goals scored against Zheijang in the previous round exceeded the home side’s tally of one goal netted across the inaugural four matchdays. However, a lack of defensive prowess has seen Guangzhou concede 2+ goals in four of their opening five league matches, at a league-worst average of 2.8 goals per game. Yet, Guangzhou’s indifferent four-game home record versus Changchun (W2, L2) suggests this fixture could go either way.

In the meantime, Changchun Yatai have suffered a noticeable dip in form since a 4-1 home thrashing of non-other than Guangzhou in early June. They have since gone winless in their last four league outings (D3, L1), failing to get on the scoresheet in three of them. Indeed, excluding sides from the drop zone, only three teams lament a worse scoring average than Changchun (one per match) this term. Since four of those five strikes came against Guangzhou, it’s easy to assume that head coach Chen Yang needs to address his team’s scoring problems as soon as possible. Adding to this sentiment, the visitors have drawn a blank on both Chinese Super League trips this term (D1, L1). 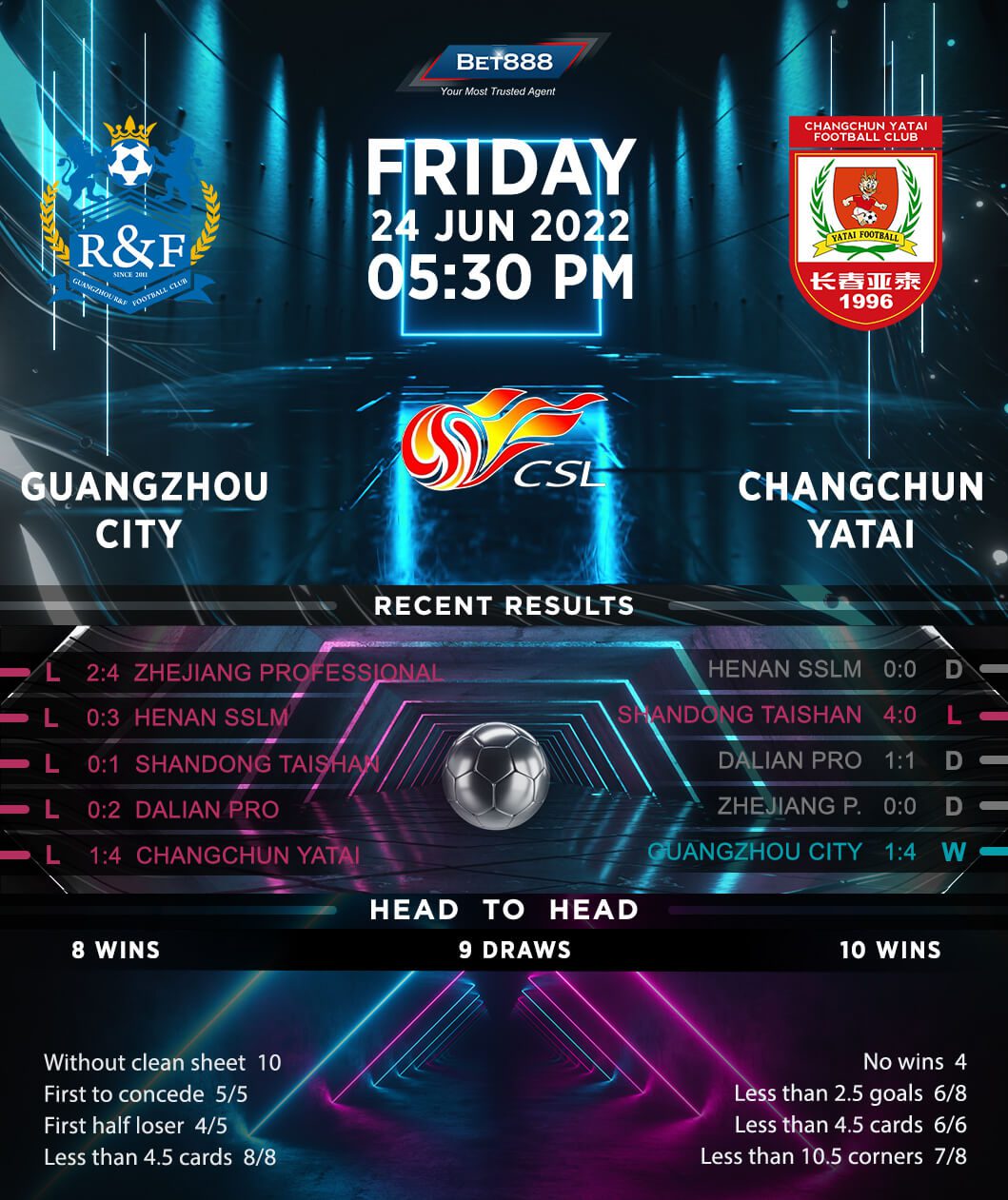