It’s been a dreadful start to the new Chinese Super League season for Guangzhou City. They head into proceedings as one of only two sides yet to pick up a single point this term, having lost all four opening league fixtures by an aggregate score of 10-1. Except for a late consolation goal in a disheartening 4-1 away loss to Changchun Yatai on Matchday 1, the hosts have failed to find the net in their three remaining top-flight outings this term. By contrast, the ‘Blue Lions’ have won all seven previous Chinese Super League meetings with Zhejian Professional, netting 2+ goals in six. But it’s worth noting that their last such encounter dates back to October 2016.

In the meantime, Zhejian Professional have underwhelmed early in the season, alternating between draws (2) and defeats (2) across their four opening league matches. On a more positive note, they have scored in their last two top-flight outings after going scoreless in their inaugural two Chinese Super League fixtures. However, poor starts remain the elephant in the room, with Zhejian still waiting for their first league goal before half-time this term. A lack of scoring prowess has tormented the ‘Green Giants’ in 2022 thus far, as they’ve netted under 1.5 goals in all four away league games this calendar year. 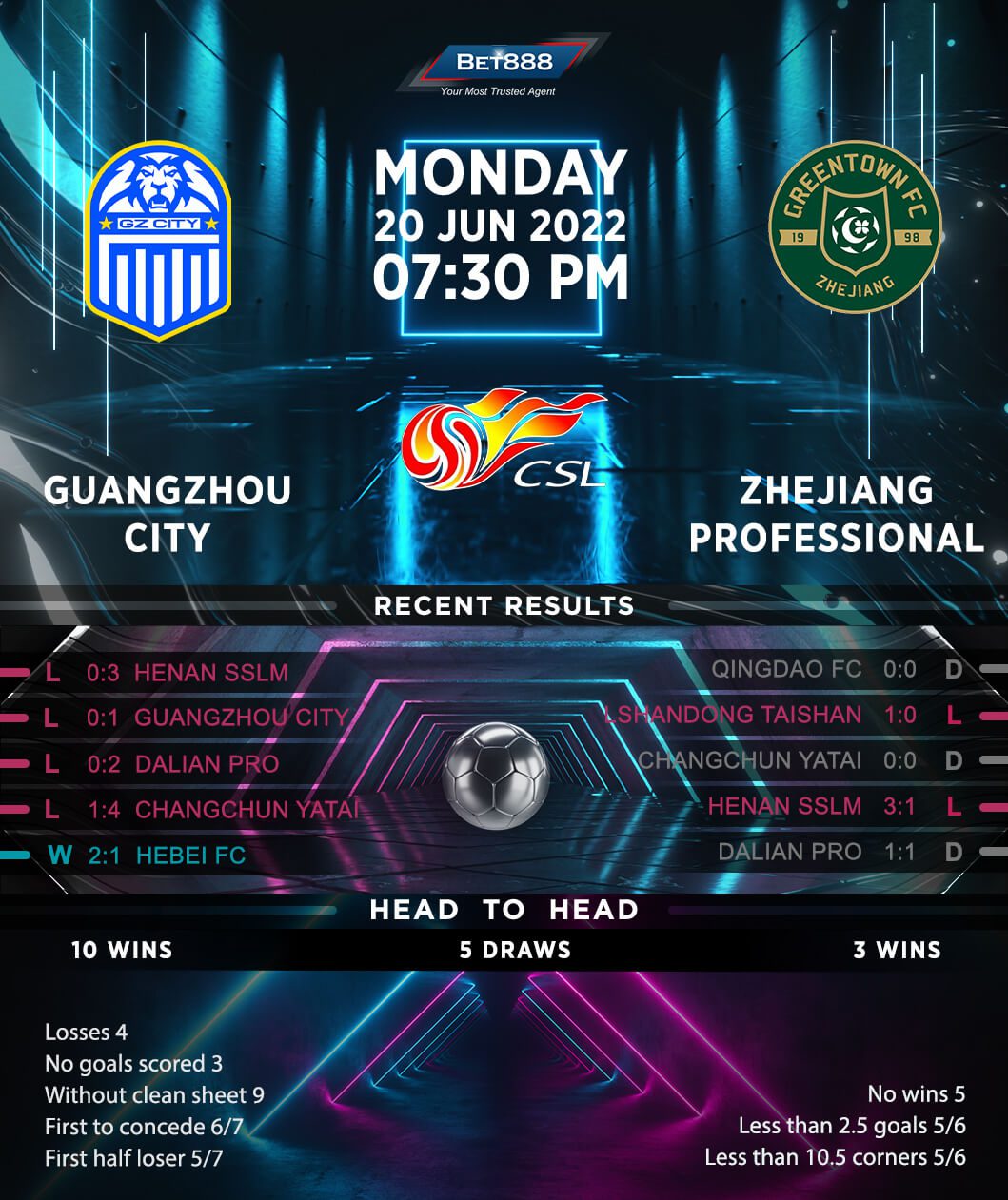