Hamburg and Freiburg are set to trade tackles in an exciting DFB-Pokal semi-final tie.

Since drawing 1-1 away to Fortuna Dusseldorf in mid-March, none of Hamburg’s last four league matches have ended level (W2, L2), with ‘Die Rothosen’ alternating between victories and defeats on each occasion. It’s been a bumpy road to the DFB-Pokal semi-finals for Hamburg, as they needed extra-time or penalties to overcome the likes of Nurnberg, Cologne and Karlsruher in the last three rounds since beating Eintracht Braunschweig 2-1 in the inaugural round. Seeking their first appearance in the DFB-Pokal grand final since conquering the competition in 1986/87, HSV will turn to their two-game winning home streak for inspiration. The recent H2H record waxes lyrical about Hamburg’s progression hopes, as they’re unbeaten in their last three meetings with Freiburg (W1, D2), though this will be their first encounter since April 2018.

On the other hand, Freiburg will fancy their chances of lifting their maiden DFB-Pokal trophy after leaving Wurzburger Kickers, Osnabruck, TSG Hoffenheim and Bochum in their wake. Like HSV, two of their four DFB-Pokal triumphs required either extra-time or penalties. A thumping 4-1 home loss to Bayern Munich served as a wake-up call for ‘Breisgau-Brasilianer,’ who have since won back-to-back Bundesliga games by an aggregate score of 5-1. Moreover, Christian Streich’s men have not lost any of their last five away matches in all competitions (W3, D2), conceding one goal or fewer on each occasion. Scoring could be a problem, though, as Freiburg have netted under 1.5 goals in three of their last four competitive away fixtures, which has been the case in four of their five previous visits to the Volksparkstadion. 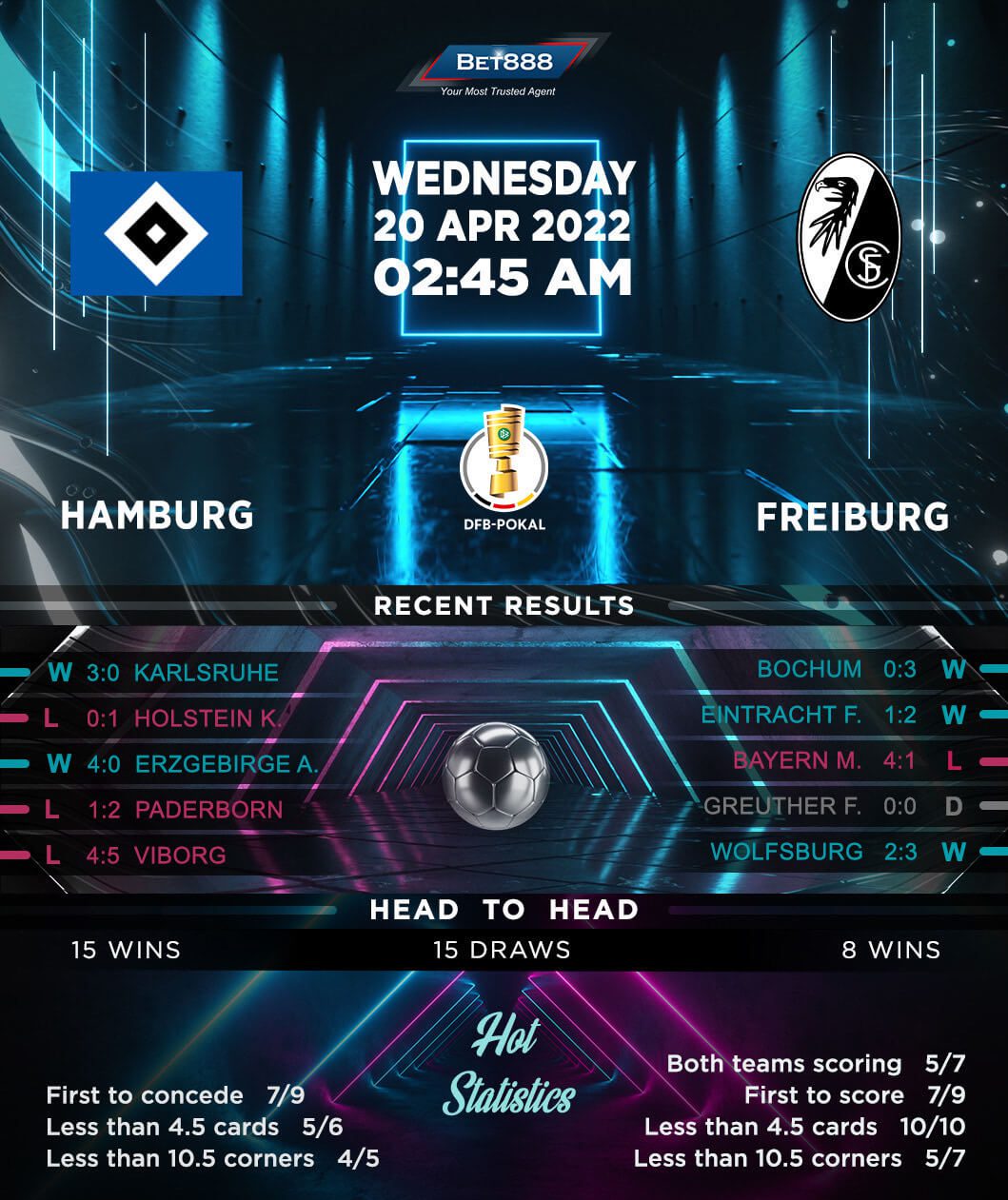