It’s still an early season, but Hebei already look like one of the hottest candidates to suffer relegation from the Chinese Super League. Kim Jong-boo’s men are sinking without a trace after losing their opening six league fixtures by an aggregate score of 17-2. In addition to lamenting the division’s second-worst defensive record, they’ve netted a league joint-low two goals thus far. Things are not looking pretty from Hebei’s point of view, especially as they now go up against a Wuhan side they’ve failed to beat in three previous top-flight H2Hs (D2, L1). But since each of those three match-ups saw both teams scoring, end-to-end action could be the order of the day.

Meanwhile, Wuhan Yangtze River have suffered a noticeable dip in form ahead of this round. After winning their opening three Chinese Super League games by an aggregate score of 4-1, they’ve lost the last three on the trot. More importantly, they conceded 2+ goals in each defeat, suggesting head coach Li Jinyu needs to address his side’s defensive woes as soon as possible. Wuhan’s slow openings could further derail their chances of getting back to winning ways. Of the five goals they’ve scored in this Chinese Super League season, only one has come before half-time. By contrast, they’ve found the net beyond the 75th minute in 50% of their top-flight outings this term. 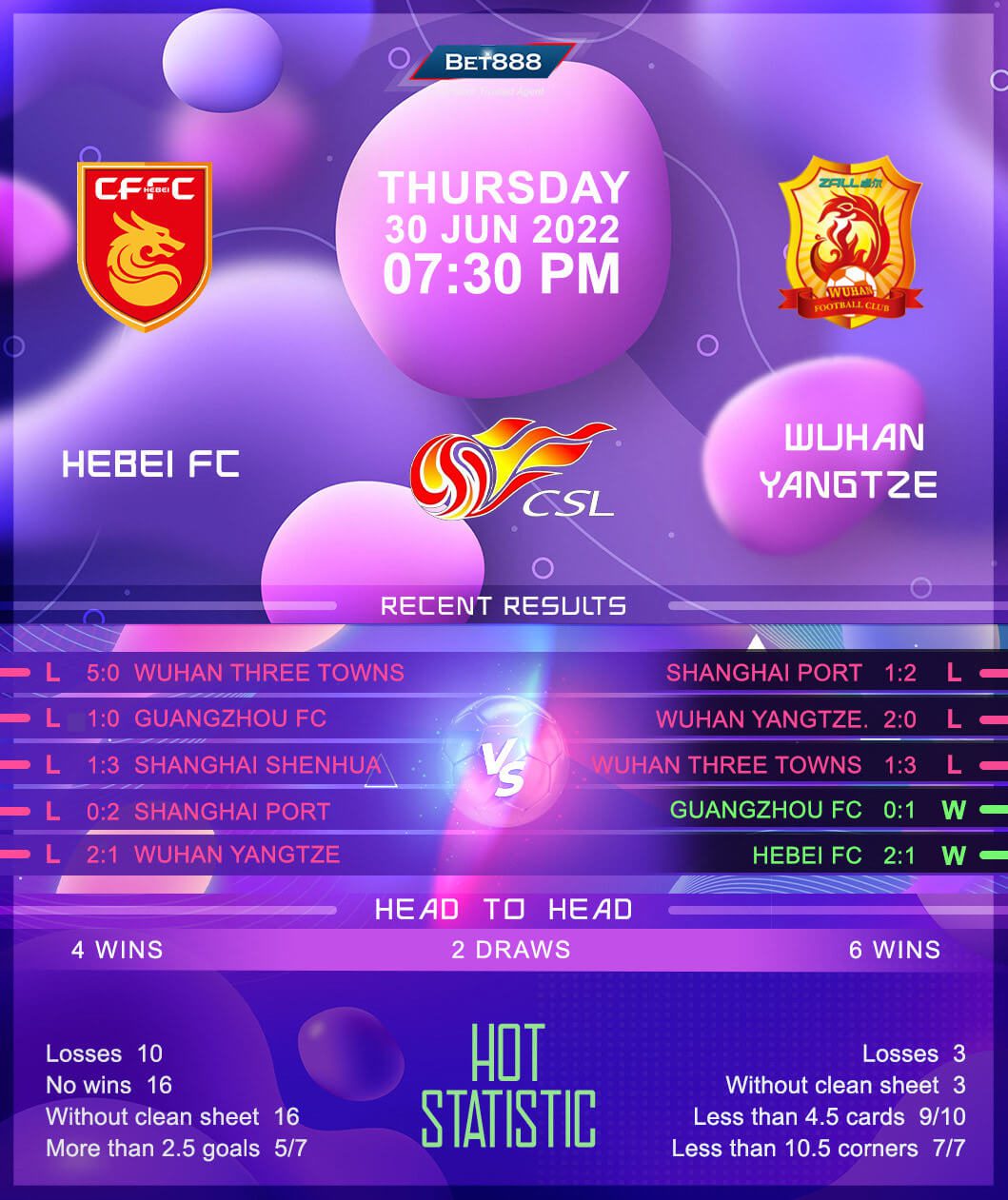