Hertha have experienced a false start to the new calendar year, alternating between draws (2) and defeats (3) across their opening five Bundesliga matches of 2022. A poor run of form has drawn ‘Die Alte Dame’ back into the relegation battle as they take the field sitting a point clear of the dreaded play-off spot. Hertha’s overall Bundesliga record against Leipzig reads disastrously (W1, D1, L9), suggesting they will have to defy the odds to post their first top-flight win of 2022. Tayfun Korkut laments the worst points record (9) after nine Bundesliga matches of any Hertha coach since Otto Rehhagel in 2012 (8), with his managerial reign in Berlin already in doubt. Winless in their last three home league outings (D1, L2), the hosts could accelerate Korkut’s sacking with another underwhelming showing here.

Meanwhile, Leipzig played out a ‘goal-friendly’ 2-2 home draw with Real Sociedad in midweek Europa League action, which means they’ve scored 2+ goals in seven competitive games in 2022, averaging 2.57 goals per match. A comfortable 3-1 home win over Koln last time out brought ‘Die Roten Bullen’ on the cusp of a coveted top-four finish as they now trail fourth-placed TSG Hoffenheim by only three points. But Leipzig’s away form requires plenty of improvement, with Domenico Tedesco’s side racking up just one win from their ten Bundesliga road trips this season (D4, L5), courtesy of a 2-0 triumph at relegation-threatened Stuttgart in mid-January. Despite Leipzig’s reputation as a free-scoring side, they have netted a worrying average of 0.9 goals per away league game this season. 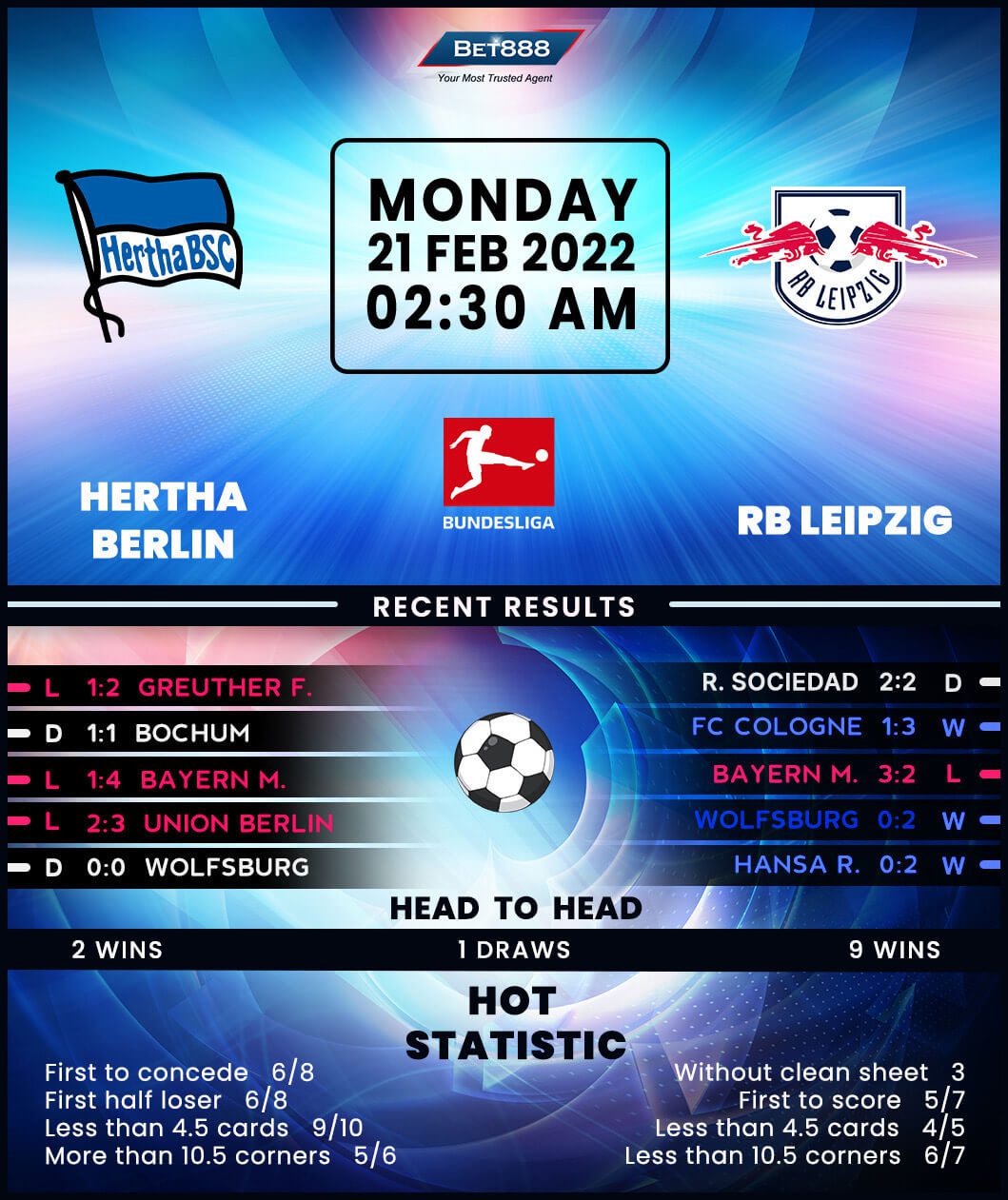