Bundesliga status is at stake as 15th-placed Hertha Berlin and 16th-placed Stuttgart go head-to-head at the Olympiastadion.

Hertha’s hard-fought 1-0 away win over fellow relegation strugglers Augsburg last time out has thrown a lifeline to their hopes of Bundesliga survival. After arresting a two-game losing league streak, ‘Die Alte Dame’ have their sights firmly set on winning back-to-back top-flight matches for the first time since October. There’s plenty of reason for optimism in the home camp, as Hertha have won four of their last five Bundesliga H2Hs at the Olympiastadion (L1), netting 2+ goals in each triumph. Felix Magath has experienced mixed fortunes in his inaugural four Bundesliga games in charge (W2, L2). Yet, those two triumphs are as many as Hertha had in their previous 17 outings in the competition beforehand (W2, D5, L10). Since Magath’s two league wins at Hertha have yielded clean sheets, keeping things tight at the back could prove crucial.

On the other hand, Stuttgart have gone winless in three successive Bundesliga matches (D2, L1) since beating Augsburg 3-2 at home in mid-March, falling to the dreaded relegation play-off spot. A potential victory in this relegation six-pointer would see Stuttgart leapfrog Hertha in the table, but the visitors’ poor away form suggests otherwise. Following a 2-0 win at Wolfsburg in January, ‘Die Roten’ have won none of their last eight Bundesliga away fixtures (D4, L4), failing to get on the scoresheet in four of them. Pellegrino Matarazzo’s men have at least become hard to beat, as witnessed by a run of three consecutive Bundesliga away draws. Worryingly, though, Stuttgart have won just one of their 15 top-flight games on the road this season (D7, L7). 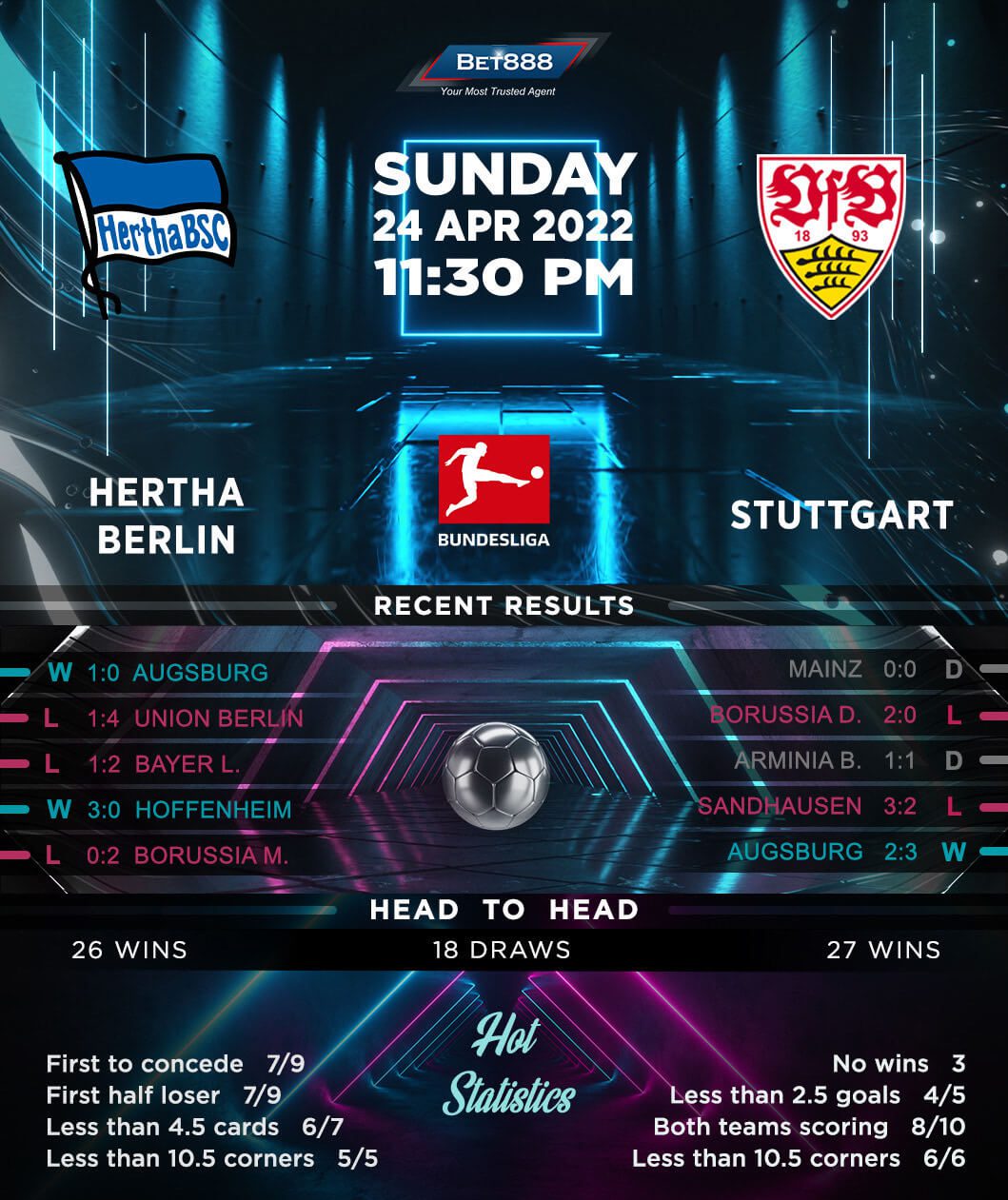