Rock-bottom Huesca will be looking to post back-to-back La Liga wins this season when they take on Real Madrid at the Estadio El Alcoraz this weekend.

Despite lamenting the division-worst win-ratio of only 9.52% (GP21 – W2, D10, L9), Pacheta’s men trail 17th-placed Osasuna by just three points ahead of the kick-off. A 3-1 away victory at Real Valladolid last time out saw Huesca bring a dismal seven-game winless run in La Liga to a halt (D2, L5), netting 2+ goals per league match for the first time since December 6. Indeed, scoring has been an issue for ‘Los Azulgranas’ this season, as evidenced by the fact that only Elche (16) have bagged fewer La Liga goals than Huesca (17) to date. That said, they have only scored once in their four top-flight meetings with the current top-four teams this season (D1, L3), with three of those fixtures featuring under 1.5 total goals.

Meanwhile, Real Madrid’s nine-game unbeaten La Liga streak (W7, D2) suffered a blow last time out, with Levante running out 2-1 winner in Madrid. Real can still take some confidence from their impressive away form in La Liga that has seen them lose just once in their last 16 La Liga road fixtures (W10, D5) – the 2019/21 campaign included – avoiding defeat in the previous six such contests (W3, D3). Furthermore, ‘Los Blancos’ boast a 100% H2H record against Huesca in La Liga (W3). Yet, particularly vulnerable from set-pieces, Zinedine Zidane’s men have shipped 50% of their La Liga goals from such plays this season (9/18), conceding the division-high seven penalties already! However, they go cagey as their games approach an end, letting in just one goal in 11 trips this La Liga campaign. 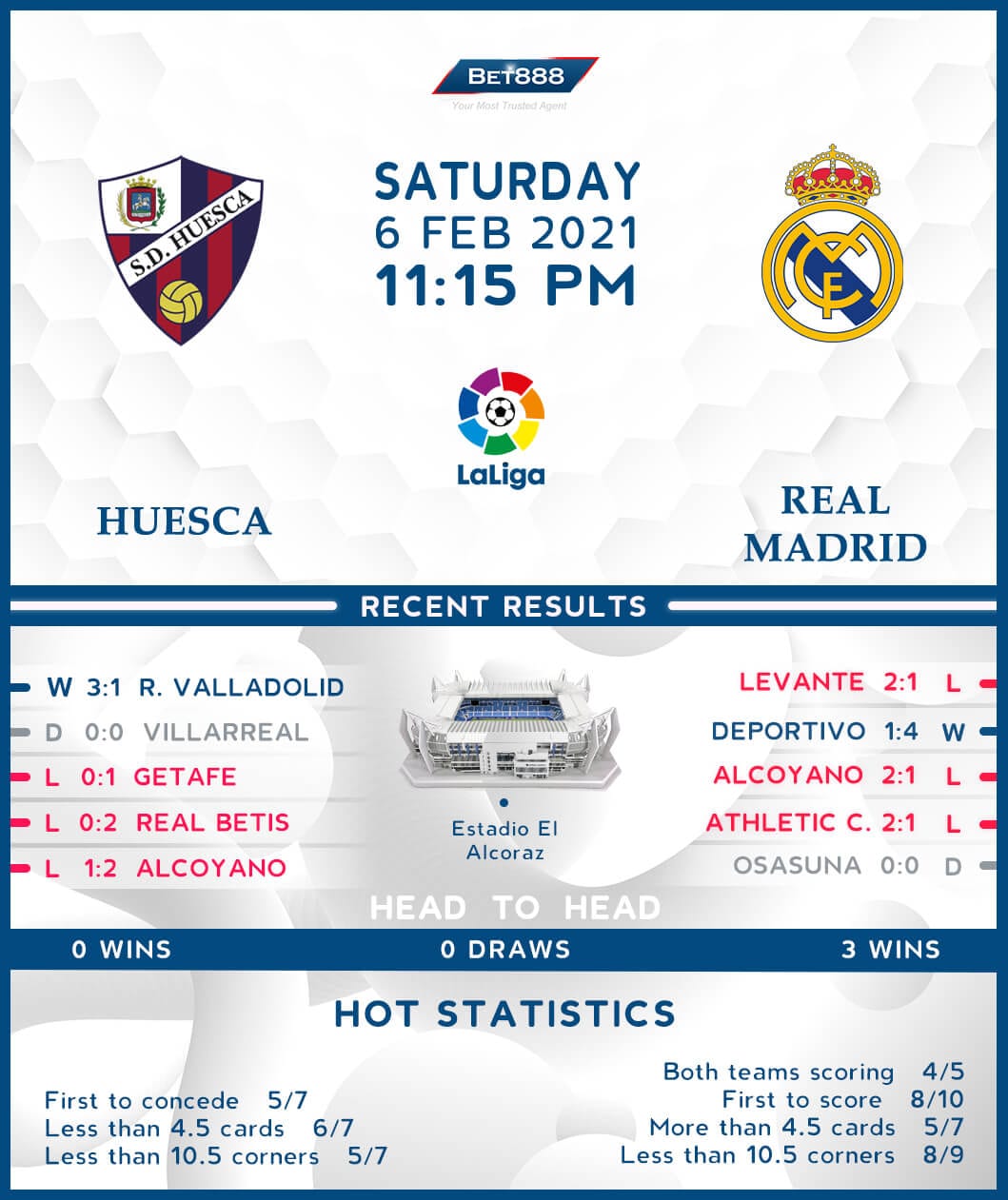