Hungary and Serbia are set to face off against each other in an international friendly at the Puskas Arena.

The Hungarians return to action for the first time since failing to land qualification for the upcoming World Cup finals. But they should be in a confident mood after winning their last two World Cup qualifiers by an aggregate score of 6-1, including a 2-1 away triumph over play-off contenders Poland. Since exiting Euro 2020, the ‘Magyars’ have alternated between victories (2) and defeats (2) across their four international games on home turf. Since three of those four results (win/loss) yielded a clean sheet, staying thick at the back could prove significant for Hungary’s hopes of winning. Adding to the Hungarians’ confidence, they are unbeaten in both H2Hs in the 21st century (W1, D1), both of which featured under 2.5 goals.

In the meantime, the Serbs have qualified for their second successive World Cup finals as qualifying Group A winners, courtesy of a last-gasp 2-1 away win to Portugal on the final matchday. Since losing 1-0 to Japan in another international friendly back in June 2021, the ‘Eagles’ have gone unbeaten in their last four matches on hostile turf (W3, D1), conceding under 1.5 goals on each occasion. But Serbia’s recent away fixtures have been notably tight, as each of their last three road trips have yielded a full-time margin of under 1.5 goals (W2, D1), with the deadlock broken inside the opening 20 minutes in two of them. Likewise, both of their previous international meetings with Hungary have featured the opener by the 20th minute of play. 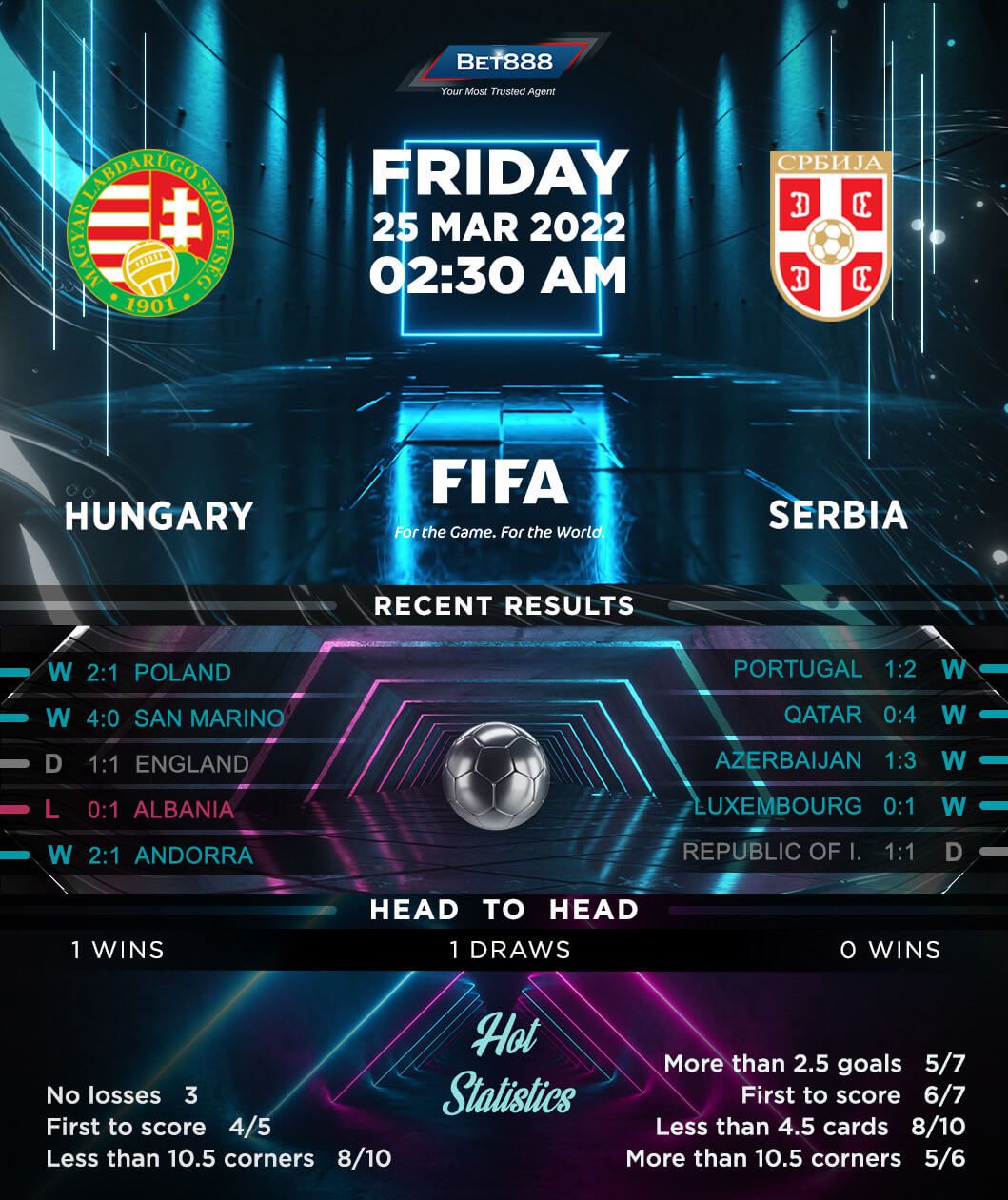