Out-of-sorts Jeonbuk Motors head to the Sungui Arena Park to meet an improving Ulsan United side in a must-win K League 1 fixture.

After succumbing to back-to-back league defeats in early April, Incheon have now lost just once in their last seven K League 1 outings (W3, D3), crawling back to within three points from safety in the process. Having scored precisely twice in each of their last two league games, Incheon could net 2+ goals in three consecutive league fixtures for the first time this season. Unfortunately, they go up against a side they have drawn a blank against five times across their last six top-flight meetings. But if the ‘Mariners’ find the net here, it’s likely to be in the second half, considering 70% of their home K League 1 goals scored this term arrived in after half-time (7/10). Late action is also on the cards as 55.56% of Incheon’s home league matches featured a goal beyond the 75th minute.

On the other hand, Jeonbuk go into this round on the back of three successive league defeats that saw them concede an average of 2.66 goals per game. Before those losses, the reigning champions played out three draws in a row, with their last top-flight victory dating back to mid-April. However, the ‘Warriors’ remain firmly in the title race as they take the field trailing top-placed Ulsan by four points with a game in hand. Worryingly, though, Kim Sang-Sik’s men have failed to score twice in their last three away league fixtures, which has already been the case once in their previous two K League 1 trips to Incheon. Even if they concede first, Jeonbuk should have enough character to bounce back, knowing they’ve avoided defeat in 50% of the league matches in which they fell behind this term (GP6 – W1, D2, L3). 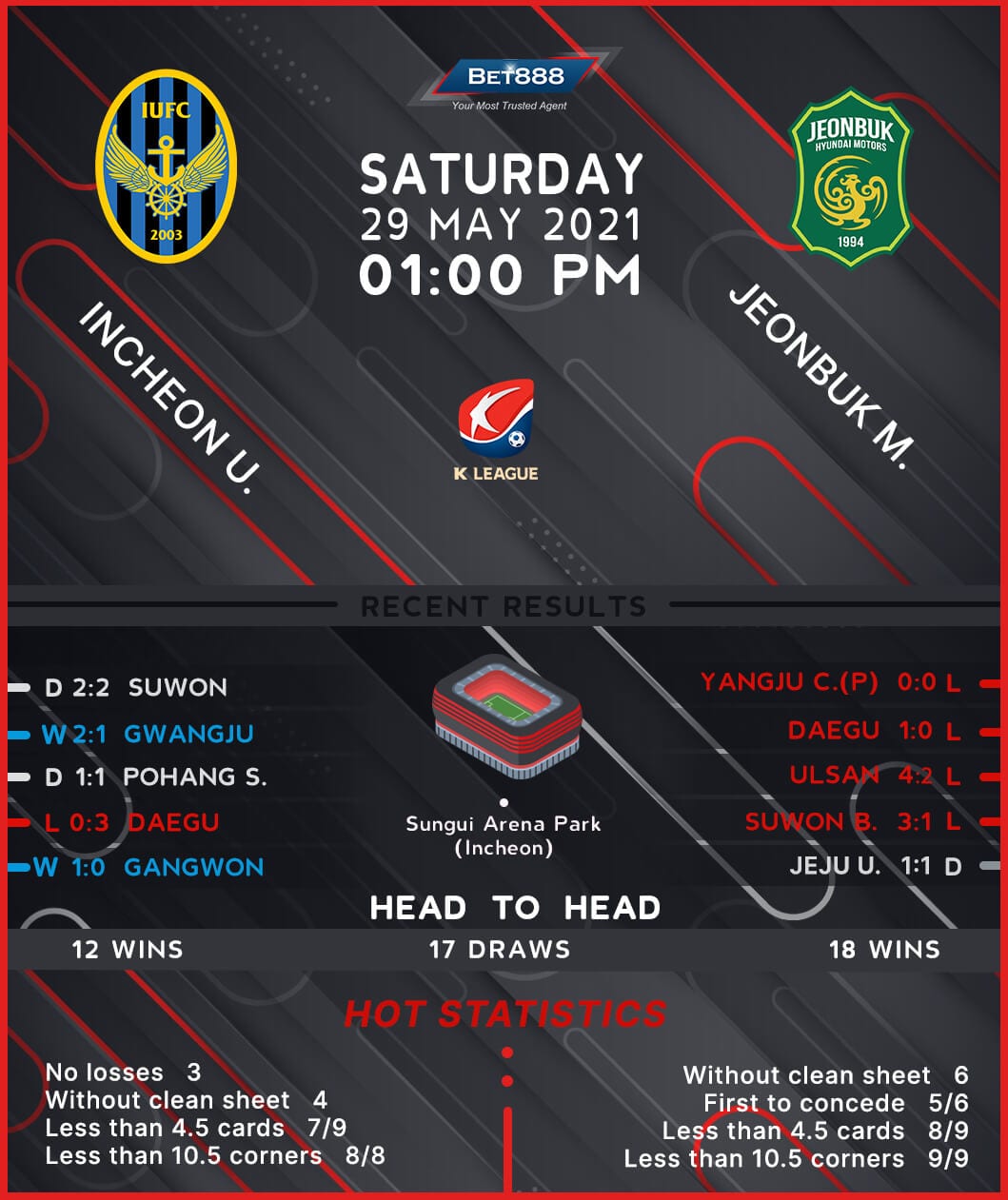