The two sides that have had identical returns from their last three MLS fixtures (W1, L2) will lock horns at the DRV PNK Stadium as Inter Miami meet D.C. United.

Ahead of the kick-off, none of Inter Miami’s last three MLS games have ended as a draw (W1, L2) since a 1-1 stalemate with Atlanta United at this venue back in early May. Inter’s league matches at this opening stage of the season have been notably tight as six of seven have seen the sides separated by a full-time margin of under 1.5 goals. Phil Neville’s men are still waiting for their first home win in the MLS this season, as they’ve lost twice in their opening three league outings at the DRV PNK Stadium, drawing the other one. Plenty of early action has highlighted Inter’s home matches this term, with two of their three such contests seeing the opener scored by the 14th minute.

Meanwhile, since beating Chicago Fire 1-0 at home in mid-May, injury-plagued Washington have lost their subsequent two league matches by the identical scoreline, with the deciding goal in each game coming in the first half of play. An utterly underwhelming start to the season for D.C. has seen them lose five of their opening seven MLS fixtures (W2) as they remain one of only two teams in the Eastern Conference yet to draw a league match. Additionally, slow-starting United have conceded the opening goal in a league-high six games so far, ending up on the losing side on five occasions (W1). Having that said, Hernan Losada’s men have netted the vast majority (80%) of their MLS goals this season in the first half of play (4/5). 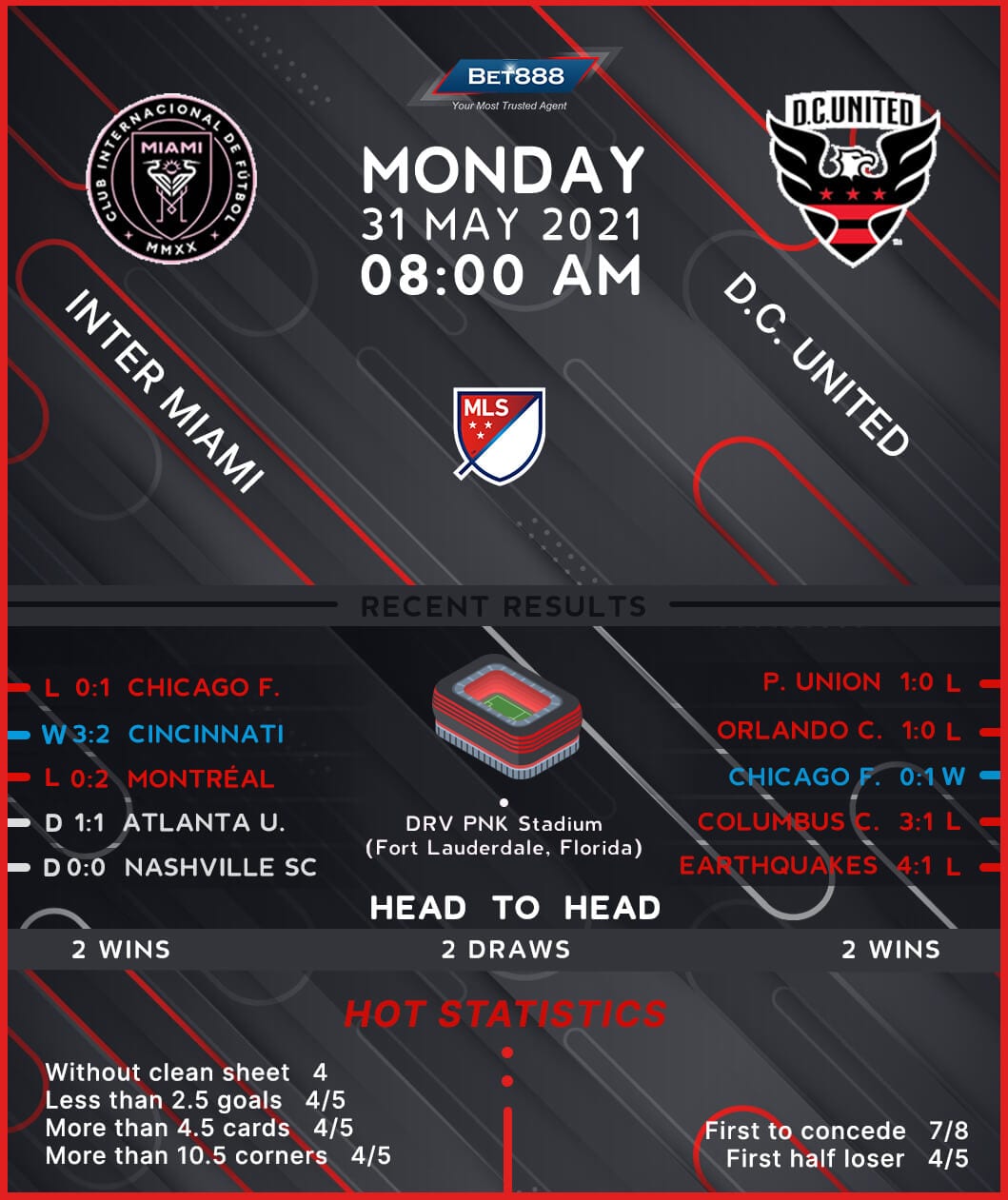