A 10-man Inter Miami side slipped to a 2-0 defeat away to Atlanta United last time out, snapping a run of four unbeaten MLS matches (W2, D2). Sitting five points adrift of seventh-placed New England Revolution in the Eastern Conference, the home side will hope to bounce back immediately. A run of four victories from five home league games (D1) could inspire Inter’s bid to get back to winning ways in their first-ever MLS meeting with Minnesota. Even if they conceded first, the ‘Herons’ should have enough character to respond. Phil Neville’s men have come from behind to win two out of four MLS home fixtures in which they fell behind this term (L2).

In the meantime, Minnesota United head into proceedings amid a rotten patch, having won just once in their last seven MLS outings (D1, L5). Back-to-back one-goal margin defeats in the build-up to this trip have likely derailed the visitors’ confidence as they aim to defy their underwhelming away form. After going unbeaten in their opening two MLS travels this term (W1, D1), the ‘Loons’ have suffered four defeats across their last five away league games (W1). Adrian Heath’s lads have netted an average of just 0.85 goals per away league match this term, highlighting the importance of scoring first. 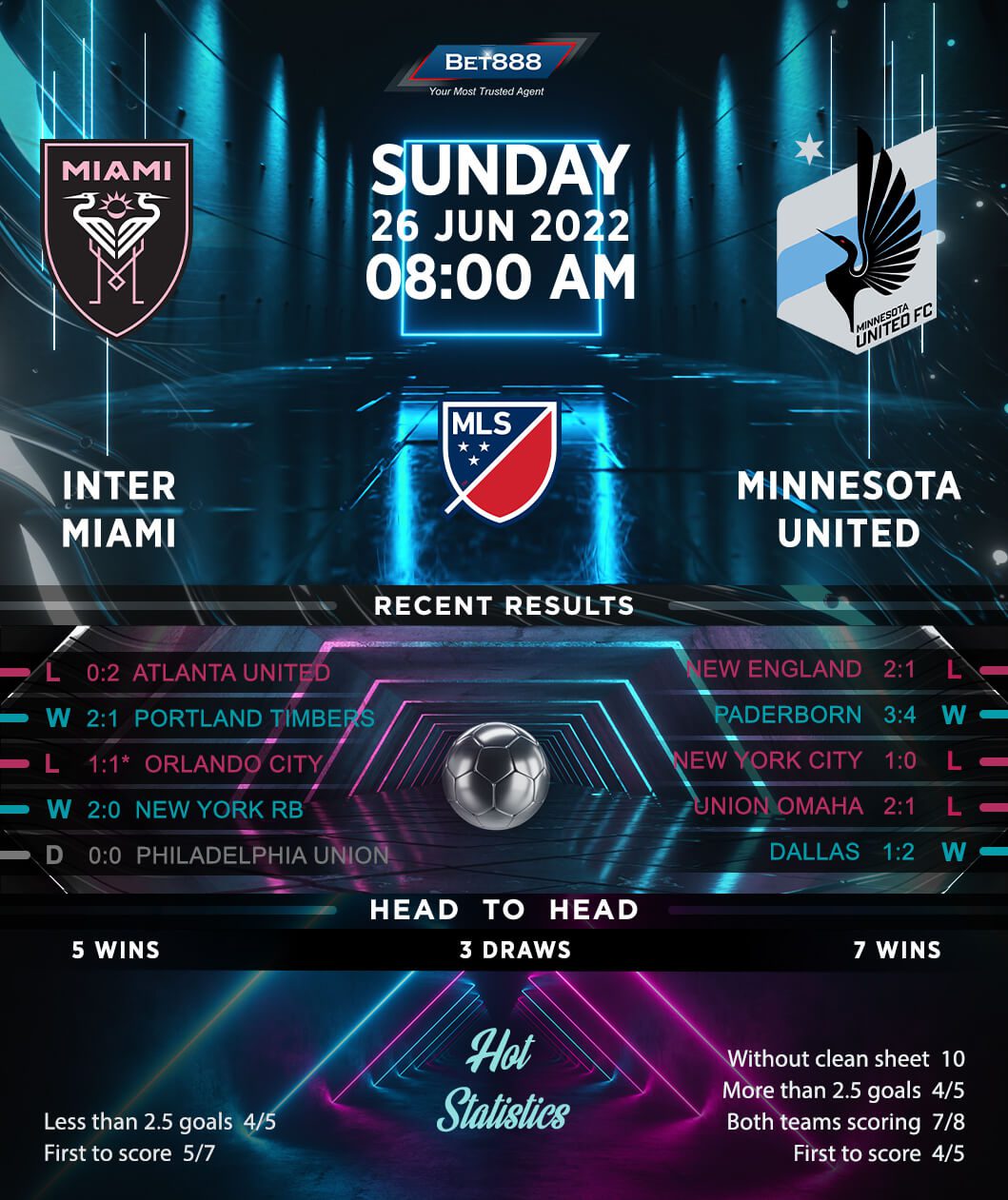