Inter Milan’s bid to defend their Serie A crown continues at the Stadio Giuseppe Meazza this weekend as they entertain mid-table Hellas Verona in an exciting fixture.

Inter Milan have brought their hopes of landing back-to-back Serie A titles for the first time in over a decade back on track by beating fierce rivals Juventus 1-0 on the road last time out. Though a controversial triumph in Turin eased some pressure on Inter boss Simone Inzaghi – ending a run of successive Serie A draws – a lack of finishing touch becomes a genuine problem for ‘I Nerazzurri.’ Edin Dzeko and co have now scored precisely once in nine of their previous ten matches across all competitions, including the last four in a row. Therefore, Verona’s visit to Meazza comes at an opportune moment for Inter, who have never lost a top-flight H2H at home against this opposition across their 30 such encounters (W19, D11).

In the meantime, Hellas Verona eked out a 1-0 home victory over relegation-battling Genoa last weekend, bringing a frustrating three-game winless Serie A streak to an end (D2, L1). Despite their underwhelming run of form, ‘I Gialloblu’ deserve the credit for keeping their recent top-flight contests notably tight, with each of their last four league outings yielding a full-time margin of under 1.5 goals. Worryingly, though, Igor Tudor’s men have surrendered more points from leading positions (22) than any other side this Serie A season, which has also been the case in a 3-1 defeat in the reverse fixture. By contrast, their last three Serie A away games have produced scoring draws, two of which saw Verona come from behind to avoid losing. 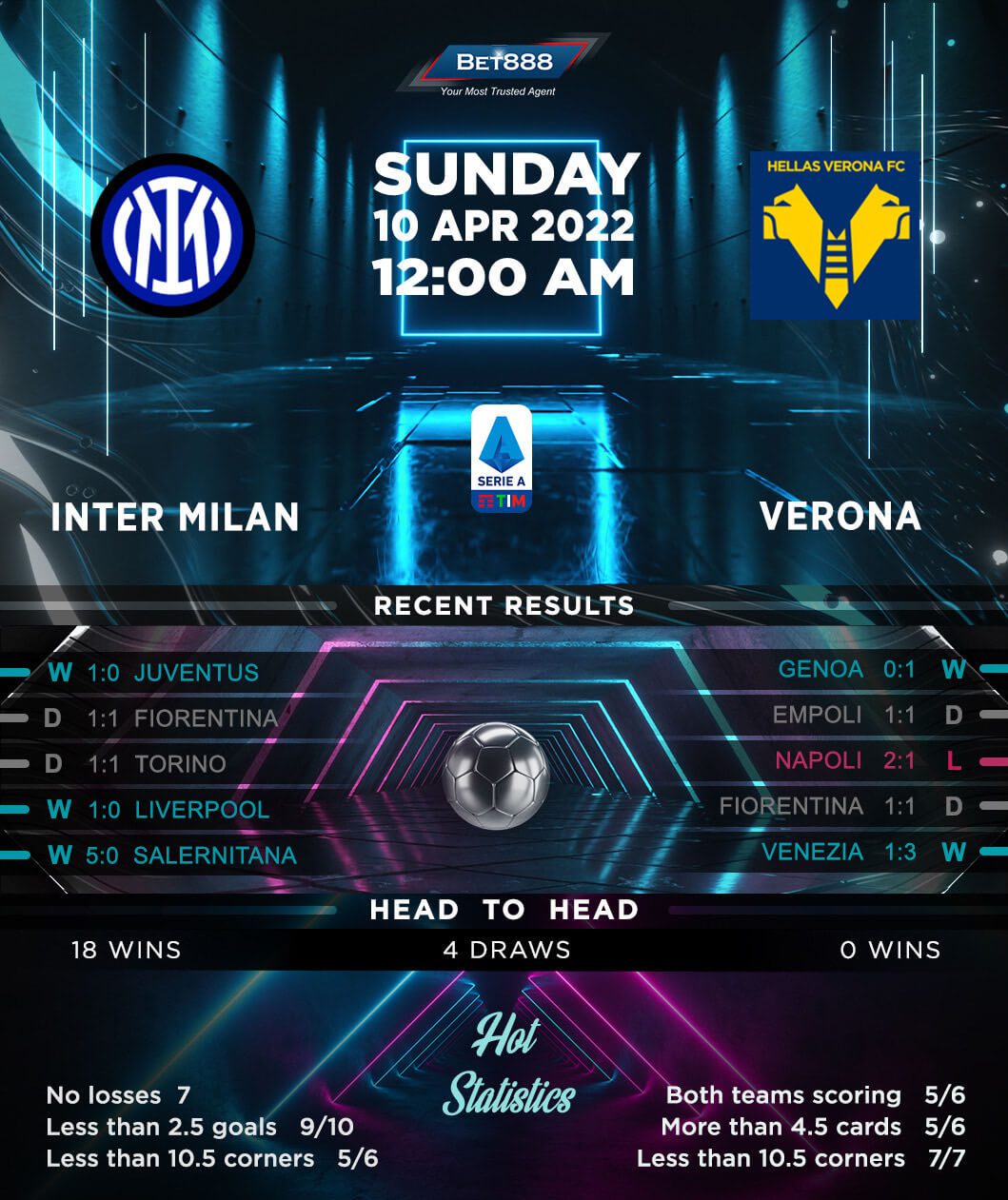