Stadio Giuseppe Meazza is the venue as Inter Milan and Roma go head-to-head in a mouth-watering Serie A contest.

Inter come into this matchday in a confident mood following a comprehensive 3-0 win over bitter rivals AC Milan in midweek Coppa Italia action. After preserving their hopes of achieving a long-awaited domestic double, ‘I Nerazzurri’ will be looking to build on a three-game Serie A winning streak and tighten the noose on table-topping Milan. Roma’s visit to Meazza comes at an opportune moment for the reigning Italian champions, considering they’ve not lost any of their last nine Serie A H2Hs (W6, D3), including a scintillating 3-0 romping in the reverse fixture. Indeed, Simone Inzaghi’s men have won back-to-back Serie A meetings with Roma, last winning three in a row against them in the competition in 1999. Yet, it’s worth mentioning that three of their four previous top-flight H2Hs at Meazza have ended level (W1).

On the other hand, Roma enter this round riding on a league-best 12-game unbeaten Serie A streak (W7, D5), their best such run in the competition since May 2016. Since falling to a disappointing 3-1 defeat at Milan in early January, ‘I Giallorossi’ have alternated between victories (3) and stalemates (3) across their last six Serie A travels. Yet, those three wins arrived against sides currently languishing in the bottom half of the table. Roma hit back late to hold title-bidding Napoli to a 1-1 away draw last time out, ending a run of three successive Serie A triumphs. It means Jose Mourinho’s men have bounced back to avoid defeat in 33% of their nine away league games after conceding the opening goal this season (W1, D2, L6). Worryingly, though, a lack of scoring prowess has seen the visitors score precisely once in their last four Serie A road trips. 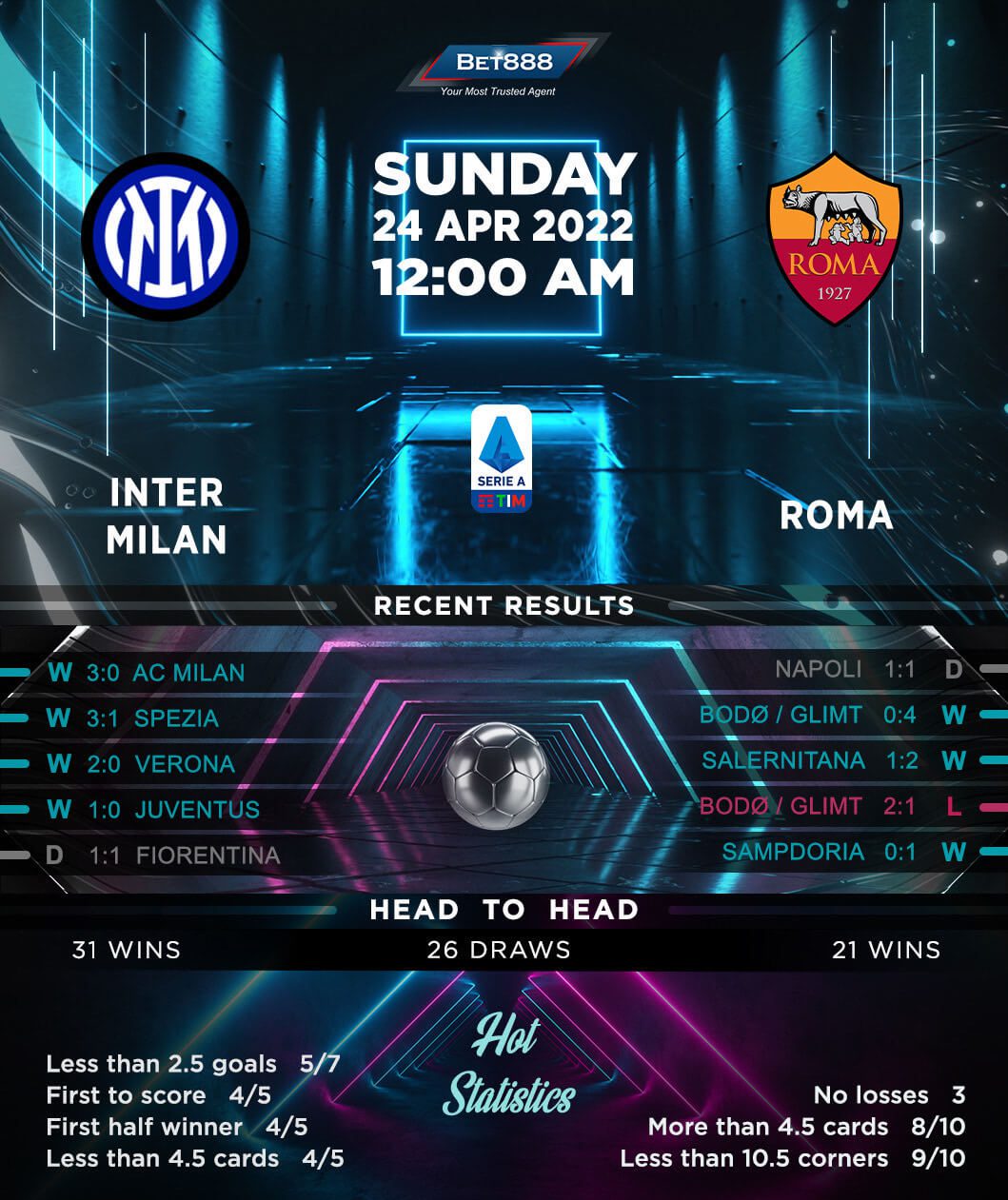