Inter Milan will be looking to regain control at the top of the Serie A standings when they take on mid-table Sassuolo at the Stadio Giuseppe Meazza.

Desperate to bounce back from a crushing 2-0 home defeat to Liverpool in midweek Champions League action, Inter Milan are looking to get their stuttering Serie A campaign back on track. Winless in their last two league matches (D1, L1), the reigning Serie A champions face the prospect of going three consecutive top-flight games without winning for the first time under current boss Simone Inzaghi. But it’s worth mentioning that before losing 2-1 to bitter rivals AC Milan in their most recent Serie A home outing, Inter had won seven Serie A home fixtures in succession, scoring 2+ goals six times in the process. ‘I Nerazzurri’ should feel confident about returning to winning ways here after avoiding defeat in each of their last eight top-flight encounters against Sassuolo (W6, D2).

Meanwhile, the visitors have alternated draws (2) and defeats (2) across their last six Serie A matches following a scintillating 5-1 romping of Empoli in early January. A lack of consistency has seen ‘I Neroverdi’ alternate different outcomes across each of their last eight Serie A fixtures (W1, D4, L3). Despite Sassuolo’s underwhelming form, they’ve been extremely fun to watch of late, with four of their last five league games featuring 4+ overall goals. Yet, delivering action from the get-go, Alessio Dionisi’s men have scored a league second-high 12 first-half goals away from home this season. In turn, 58% of Sassuolo’s Serie A road trips have contained 2+ first-half goals, highlighting the potential for plenty of action before half-time. Indeed, high scoring could be a theme here as four of their last five Serie A visits to Meazza have seen over 2.5 goals and both teams on the scoresheet. 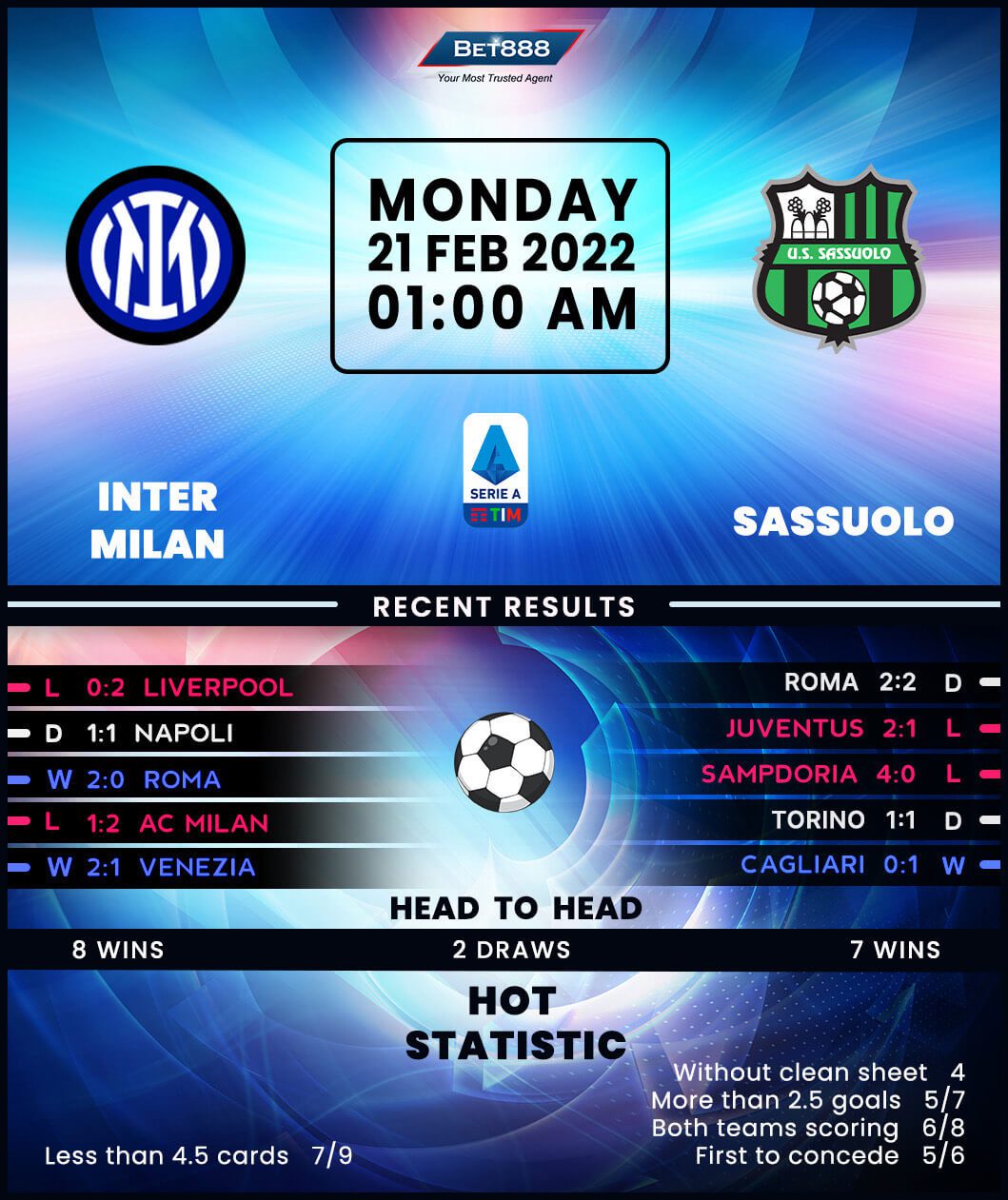