Inter Milan will be looking to make a decisive step towards reaching the UEFA Champions League knock-outs when they take on an out-of-sorts Shakhtar Donetsk at the Stadio Giuseppe Meazza.

After crashing out of the Champions League group stages in their last three attempts, Inter Milan are in a prime position to break that jinx this time around. Going into this matchday, the 2009/10 winners hold a one-point lead over third-placed Sheriff Tiraspol and have their qualification destiny firmly in their hands. ‘I Nerazzurri’ have never lost to Shakhtar in the Champions League (W2, D4), registering five clean sheets in the process, though their last three H2Hs in the competition have yielded scoreless draws. Fresh from a 3-2 home win over Napoli in Serie A over the weekend, Simone Inzaghi’s men take the field unbeaten in seven games across all competitions (W5, D2) despite failing to keep a clean sheet five times in that run.

In the meantime, Shakhtar’s hopes of making it out to the Champions League knock-outs for the first time since the 2017/18 season are set to be extended for at least one more year. Having returned just one point from their opening four Group D fixtures (D1, L3), the Ukrainians trail second-placed Inter by a whopping six points, meaning another underwhelming result here will result in elimination. On a positive note, the ‘Miners’ have suffered just two defeats in their last six Champions League away encounters against Italian opponents (W2, D2). Additionally, they’ve won three of their previous four competitive games on the road via a 2+ goal margin (L1). However, a lack of firepower up top has seen Shakhtar score just once in four Champions League group matches this season, while they’ve drawn a blank in their last four UEFA-sanctioned meetings with Inter. 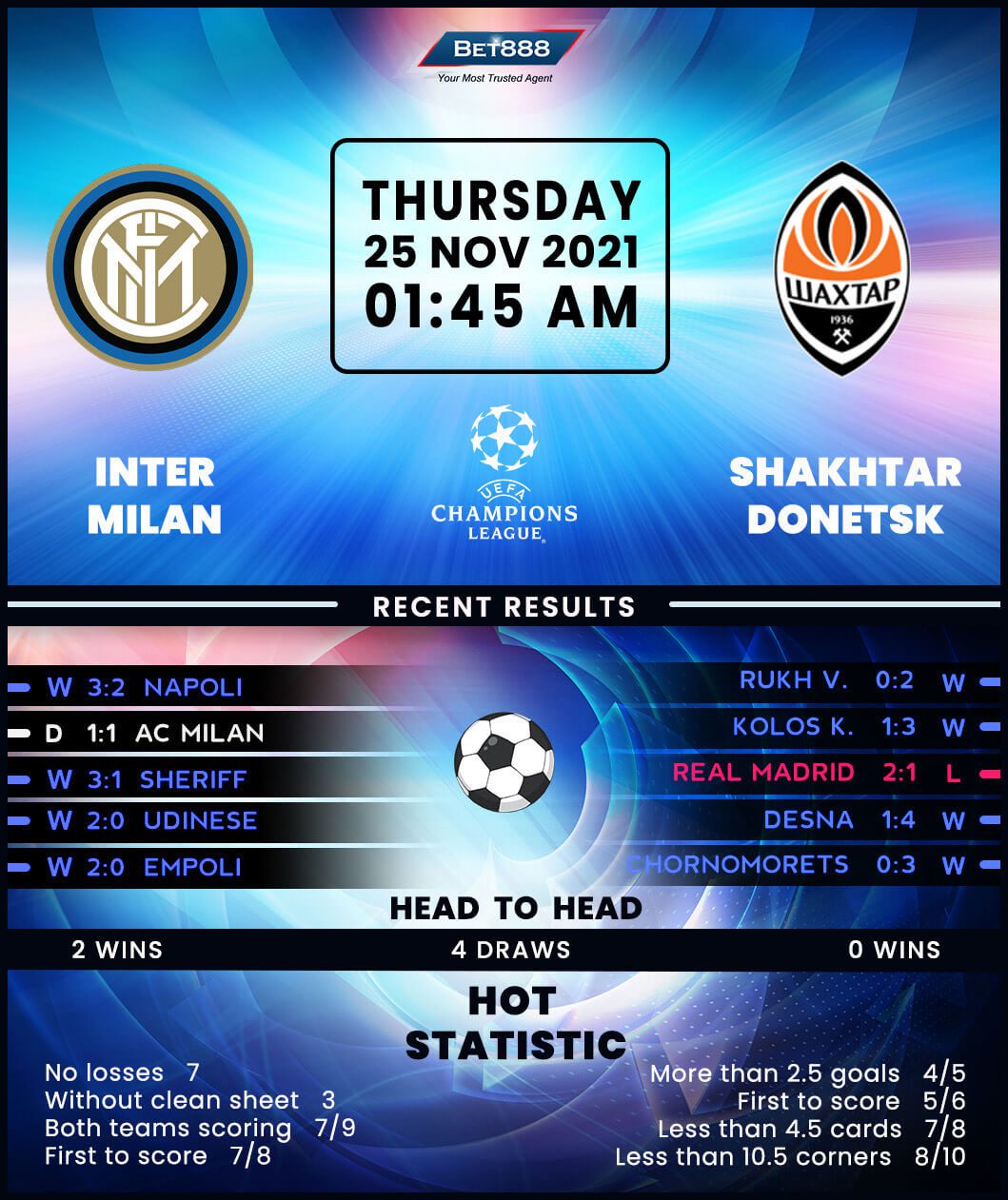