Italy will be looking to all but secure a place in the Euro 2020 knock-out stage when they take on Switzerland at the Stadio Olimpico this midweek.

The Italians were off to a flier in their Group A opener, hammering Turkey 3-0 as they announced their return to a major tournament with a bang. As a result, ‘Gli Azzurri’ are now unbeaten in their last 28 international fixtures, friendlies included (W23, D5). Remarkably, Roberto Mancini’s men have kept a clean sheet in each of their last nine games across all competitions, last registering ten shutouts in a row in 1990. Coming into proceedings as odds-on favorites to claim all three points, Italy have avoided defeat in all but one of their previous 24 international H2Hs against Switzerland on home soil (W18, D5), with the solitary exception to this run being a 1-0 loss in a friendly back in 1982. A victory against the neighbors would see Italy become the first team to seal a place in the Euro 2020 knock-outs.

As for Switzerland, they squandered a one-goal lead against Wales in their opening match of the tournament (1-1 stalemate), meaning they have drawn each of their last four games at the European Championships. Switzerland could become the first team in the competition history to draw five consecutive matches. Worryingly, the ‘Nati’ have managed just one victory in their last nine meetings with Italy (D4, L4), last defeating ‘Gli Azzurri’ 28 years ago. Switzerland can find some comfort in the fact that they have won two of their previous three matches against Italy at major tournaments (L1). However, it’s worth noting that their last such success dates back to the 1954 World Cup. Another encouragement for Vladimir Petkovic’s side is that they haven’t lost any of their last eight international outings (W6, D2), conceding under 1.5 goals on seven occasions in that stretch. 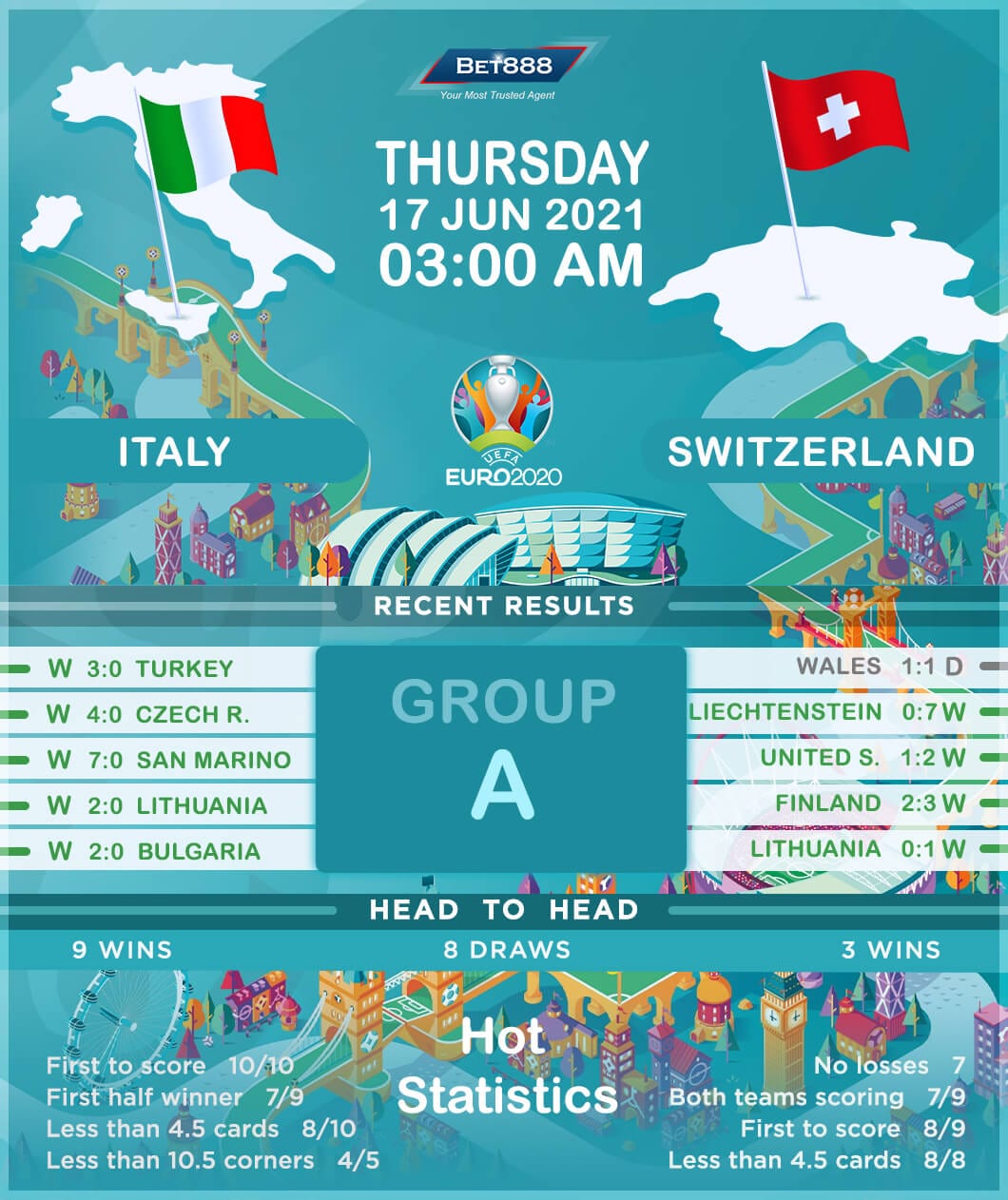