Japan’s hopes of qualifying for their seventh World Cup finals in a row have suffered a massive hit, as they fell to a 1-0 away loss to Saudi Arabia last time out. Having lost two of their three World Cup qualification Group B matches (W1), the ‘Samurai Blue’ are currently occupying the third and final qualifying spot. However, they are level on points with another two nations in this group, meaning they can ill-afford a slip-up here. The hosts can take some confidence from their solid recent H2H form at home, having avoided defeat in their last three home World Cup qualifying H2Hs (W1, D2) whilst keeping two clean sheets in the process. What’s more, they have won all but one of their four World Cup qualifying matches on home turf this calendar year (L1), prevailing by a 2+ goal margin on each occasion.

On the other hand, Australia put Oman to the sword in the previous World Cup qualifying round, claiming a comfortable 3-1 home victory to make the top of the standings with all three wins. Delivering action from the get-go, the Australians have opened the scoring before half-time in all three Group B fixtures thus far, doing so within the opening 26 minutes of play twice in that sequence. Additionally, the ‘Socceroos’ have won all five World Cup qualifying games since the turn of 2019, notably registering four clean sheets in the process. Worryingly, though, you have to go back to June 2009 to find Australia’s last H2H victory, with the visitors going winless in their last eight international encounters against Japan (D4, L4 – 90 minutes only). 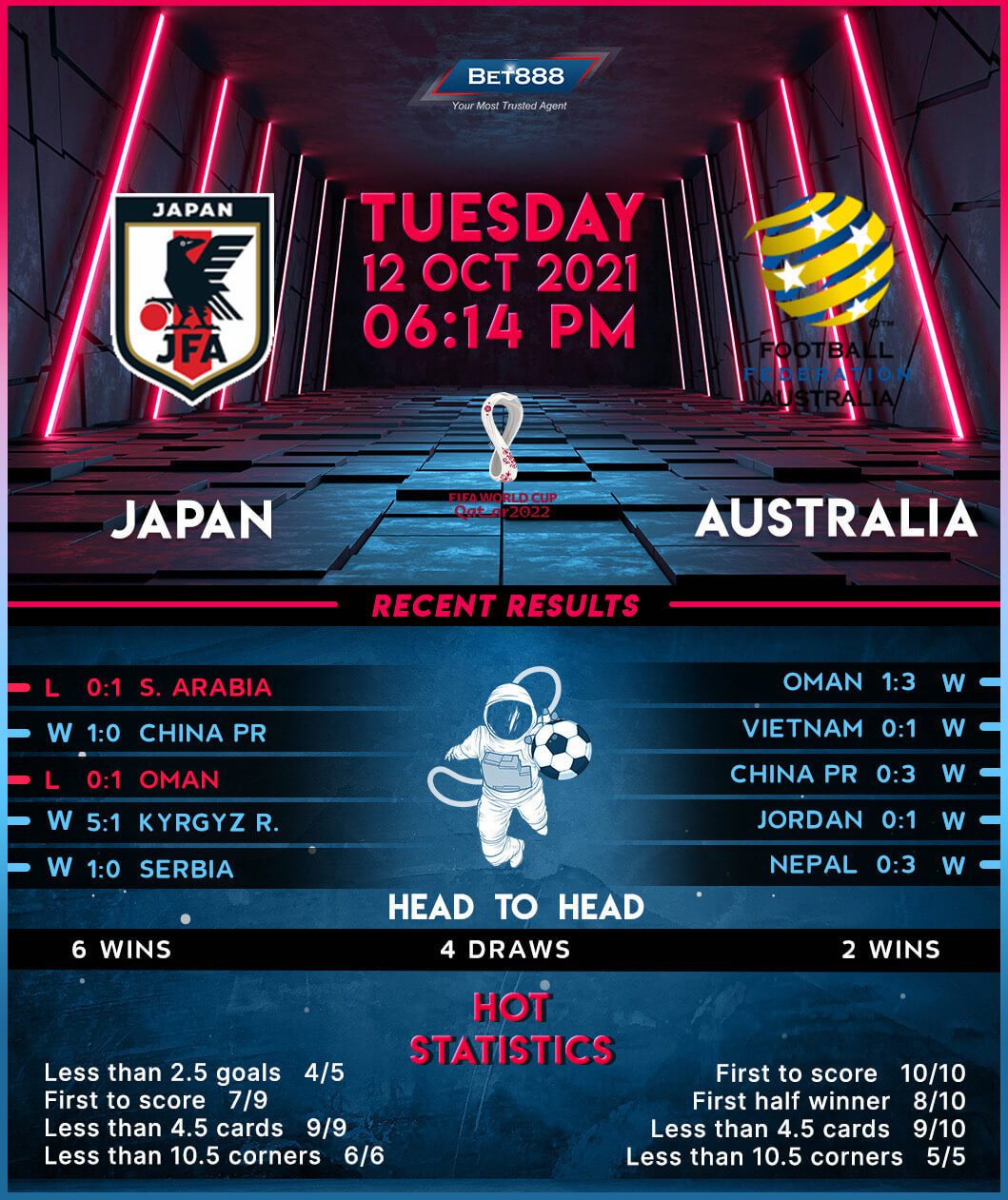