Ahmad bin Ali Stadium is the venue as Japan take on Costa Rica, looking to progress beyond the 2022 World Cup Group E with a game to spare.

Despite trailing a mighty Germany at halftime, Japan pulled off a stunning second-half comeback to pick up a confidence-boosting 2-1 win on matchday one. A victory over Costa Rica would seal the Japanese’s back-to-back appearances in the World Cup knockouts for the second tournament on the trot, provided ‘Die Mannschaft‘ fail to beat Spain. It would be the first in history the ‘Samurai Blue’ have managed that feat. Since they’ve not won consecutive matches at the World Cup finals since co-hosting the tournament in 2002, that could prove easier said than done. However, after racking up four wins from their last seven international outings (D2, L1), Hajime Moriyasu’s men will take the field in high spirits, especially knowing they’ve never lost to Costa Rica in their four previous H2Hs (W3, D1).

On the other hand, Spain picked Costa Rica apart in their Group E curtain-raiser with an overwhelming 7-0 victory, inflicting a massive psychological blow on ‘Los Ticos.’ Since beating Italy and Uruguay in succession back in 2014, the North Americans have gone winless in their subsequent seven World Cup outings (D4, L3), failing to get on the scoresheet five times in the process. It’s also worth mentioning that Luis Fernando Suarez’s team didn’t threaten Spain’s goal once, marking only the second instance of a side failing to produce a single shot in a World Cup fixture since 1966. On top of that, Costa Rica conceded as many goals against the Spaniards (7) as they had in their previous eight games at the tournament combined beforehand. 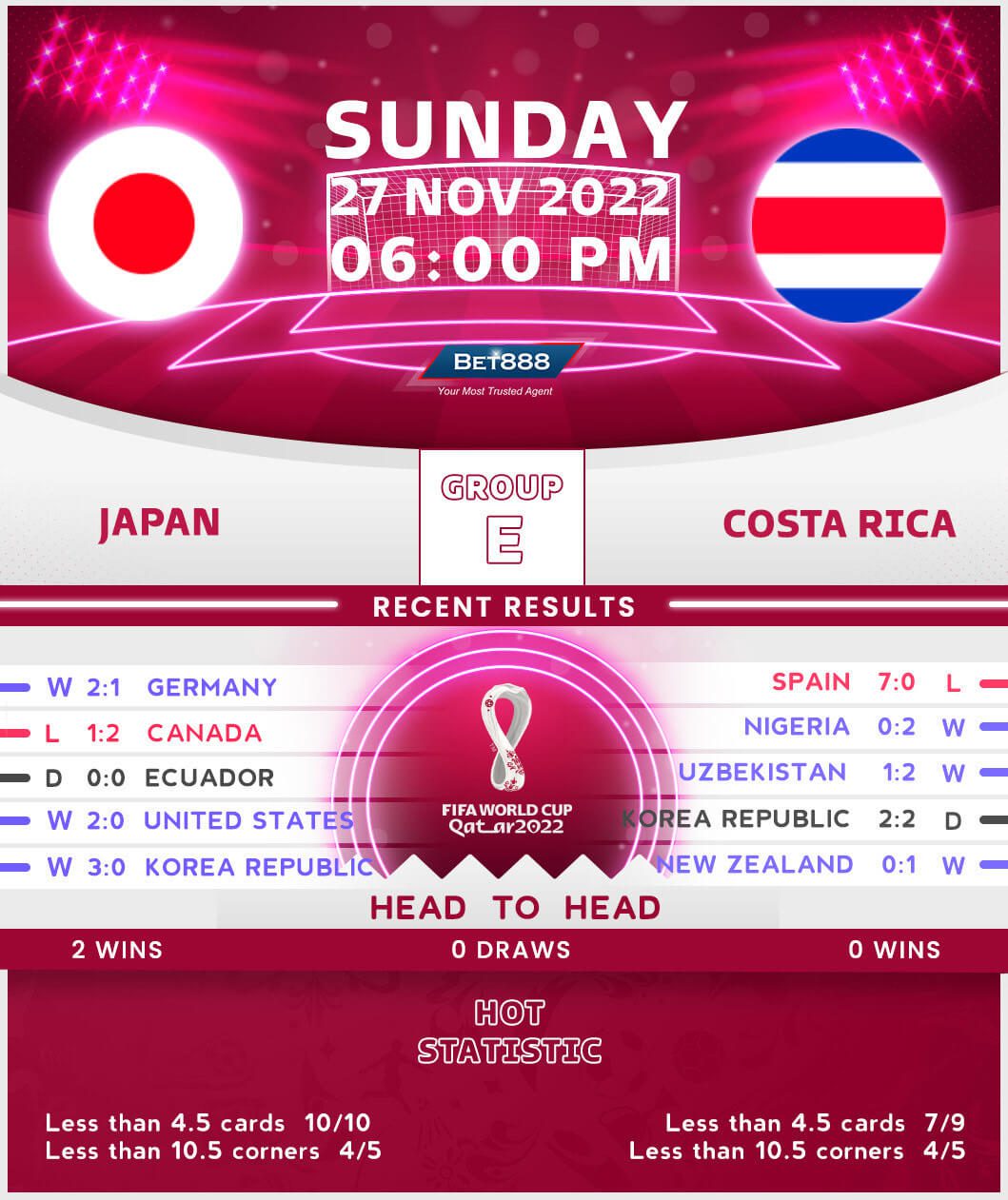