Japan will be looking to solidify their position at the top of Asia’s World Cup qualifying Group B when they take on whipping boys Vietnam at the Saitama Stadium.

Japan’s 2-0 win away to Australia last time out cemented their place at the upcoming World Cup finals, which will be their seventh successive appearance at the final tournament. Since losing 1-0 at Saudi Arabia in October 2021, Hajime Moriyasu’s men have won six consecutive World Cup qualifying matches by an aggregate scoreline of 1-0. Each of Japan’s last three victories in Group B have yielded the identical 2-0 scoreline, with four of their six goals scored in that sequence coming beyond half-time. Additionally, since losing 1-0 to Oman on Matchday 1, the ‘Samuari Blue’ have scored precisely two goals in their last three World Cup qualifiers on home turf, winning each of them.

On the other hand, Vietnam’s bid to advance to their first-ever World Cup finals have suffered another massive failure as they’ve lost eight of their nine Group B fixtures (W1), barring a 3-1 home win over China on Matchday 8. Interestingly, the ‘Golden Star Warriors’ have netted just four goals across their remaining eight World Cup qualifying matches in Round 3, all of which arrived on foreign soil. Despite scoring in three of their four Group B travels, Park Hang-Seo’s men have lost all four, conceding 3+ goals on each occasion. After losing both previous away H2Hs versus Japan by an aggregate score of 5-0, they already look like a doomed outfit here. 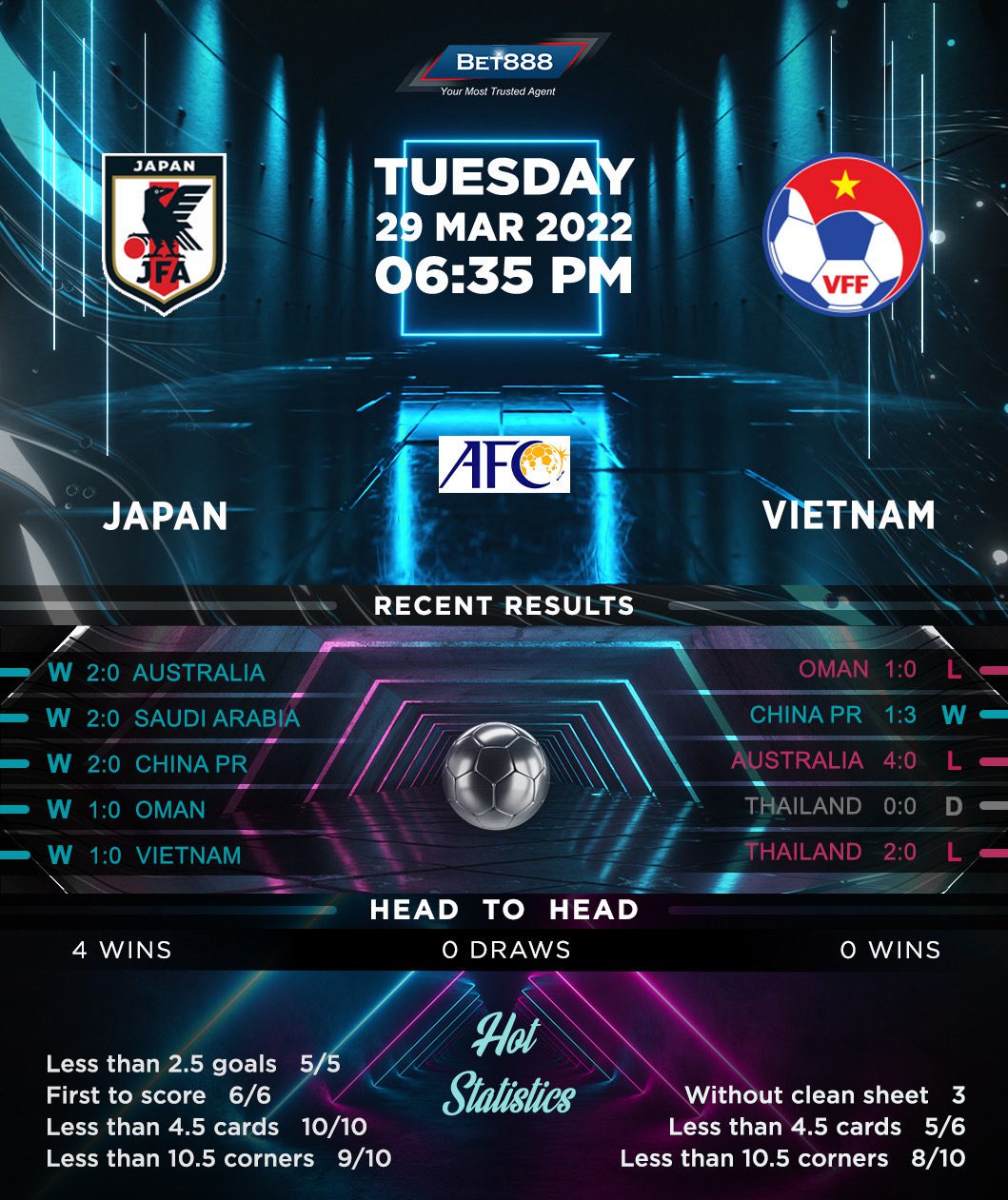