Juventus and AC Milan go head-to-head at the Allianz Arena in a titanic Serie A top-four six-pointer.

Since being defeated 1-0 by Atalanta on Matchday 31, dethroned Italian champions have clocked up a three-match unbeaten run in Serie A (W2, D1) despite conceding the first-half opener on each occasion. Juventus’ defensive frailties have seen them fail to register a shutout in each of their last ten Serie A matches, their worst such streak since April 2010! However, Andrea Pirlo’s men have been outstanding at the other end of the pitch, having scored 2+ goals in a league-high 13 home games so far this season. None of Juve’s 11 home Serie A fixtures this calendar year have ended level (W10, L1), with 90% of their victories in this sequence featuring a 2+ goal winning margin. Remarkably, ‘I Bianconeri’ have won each of their last nine Serie A meetings with Milan in Turin by an aggregate scoreline of 18-6.

In the meantime, Milan’s two-game losing run in Serie A was hampered last time out with a comfortable 2-0 home win over 18th-placed Benevento. Before shutting out relegation-threatened Benevento, ‘I Rossoneri’ had failed to keep a clean sheet in six Serie A matches on the trot. A humiliating 3-0 loss to Lazio in their most recent league trip saw Milan’s four-game winning streak in away Serie A fixtures come to an end. Interestingly, Stefano Pioli’s men have won a league-high 13 top-flight matches on the road this season, notably scoring 2+ goals in each success. The visitors boast a frightening 94.74% success ratio across the Serie A contests in which they were in front at half-time this term (W18, L1). Quick out of the blocks, Milan have scored a second-high 16 first-half goals away from home this Serie A campaign. 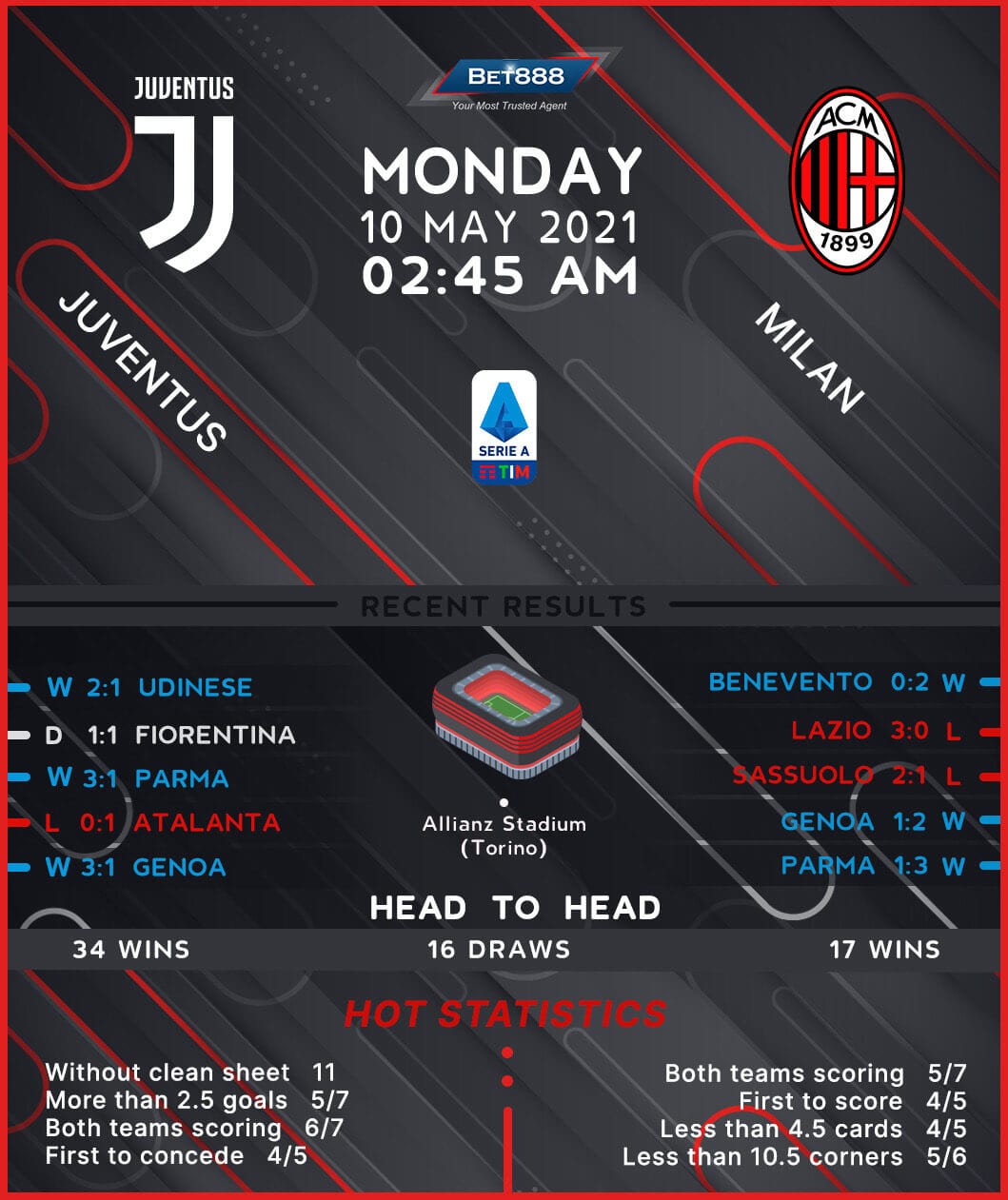