Massimiliano Allegri’s return at the helm has yet to produce desired results, with Juventus going winless in their inaugural three Serie A matches under his tutelage this term (D1, L2). An emphatic 3-0 Champions League triumph over Malmo in midweek might inspire the ‘Bianconeri’ to claim their first Serie A win of the season. However, a run of 17 league matches without a clean sheet remains a massive concern. A potential defeat here would see Juventus set an unwanted club record, as they’ve never lost three of their first four matches in a new top-flight season. Moreover, the last time the record-time Italian champions went winless in their opening four Serie A fixtures was in 1961/82. Worryingly, Juventus have lost two of their last three Serie A meetings with Milan (W1), as many defeats as they suffered in their previous 17 in the competition (W14, D1).

Unlike their hosts, Milan’s 2021/22 Serie A campaign has been up and running since the opening weekend, with the ‘Rossoneri’ winning all three opening league matches by an aggregate score of 7-1. After leading his side to a 100% league start last season, Stefano Pioli could make history here and become the first Milan manager to achieve that feat in back-to-back top-flight campaigns. A water-tight backline should flood him with confidence, with the seven-time European Cup winners keeping more top-flight clean sheets (6) since May than any other team across Europe’s top-five leagues. After winning each of their last four Serie A games away from home without conceding, Milan will believe they can beat Juventus in consecutive away top-flight H2Hs for the first time in over a decade. But with Zlatan Ibrahimovic and Olivier Giroud both set to miss out on their team’s trip to Turin, Pioli will have to mastermind something special to make it happen. 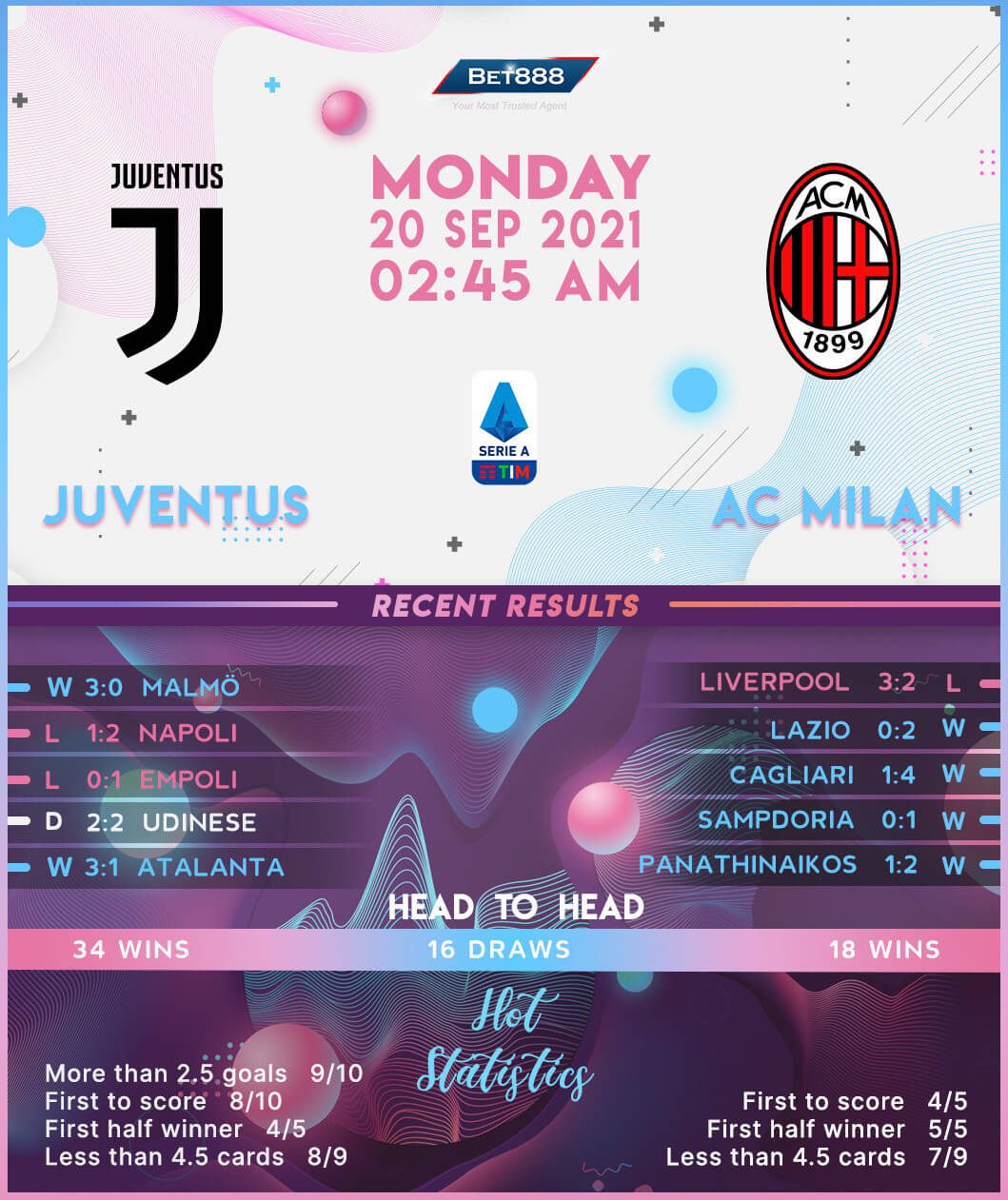