Allianz Stadium forms the backdrop for a mammoth Serie A contest between morally-crippled Juventus and high-flying Atalanta.

Juventus may have overcome Monza 2-1 in midweek Coppa Italia action, but their confidence has taken a couple of devastating blows in the past ten days. Following an embarrassing 5-1 defeat at pacesetters Napoli last weekend, the first time they’ve conceded at least five goals in a Serie A fixture since 1993, the record-time Italian champions have been severely punished for their shady deals. A bombshell of a disastrous 15-point deduction has shunted Massimiliano Allegri’s men out of Champions League spots, placing them a whopping 12 points adrift of fourth-placed Lazio. A road to recovery starts this weekend as ‘I Bianconeri’ aim to build on an impressive run of five consecutive Serie A home wins without conceding.

However, visiting Atalanta could throw a spanner in the works after winning this corresponding fixture 1-0 in 2021/22. That success is part of their stunning five-match unbeaten streak against Juventus in Serie A (W2, D3). Avoiding defeat in Turin would see ‘La Dea’ go six straight meetings with Juve without losing for the second time in their top-flight history, previously doing so between 1963 and 1966. On the cusp of making history, Gian Piero Gasperini’s men come into this round amid a purple patch, having followed up an 8-2 demolition of Salernitana in Serie A with an emphatic 5-2 Coppa Italia win over Spezia in midweek. Moreover, the visitors have not lost just one of their last five Serie A away matches (W2, D2), suggesting they could leapfrog Lazio into fourth at the end of this round. 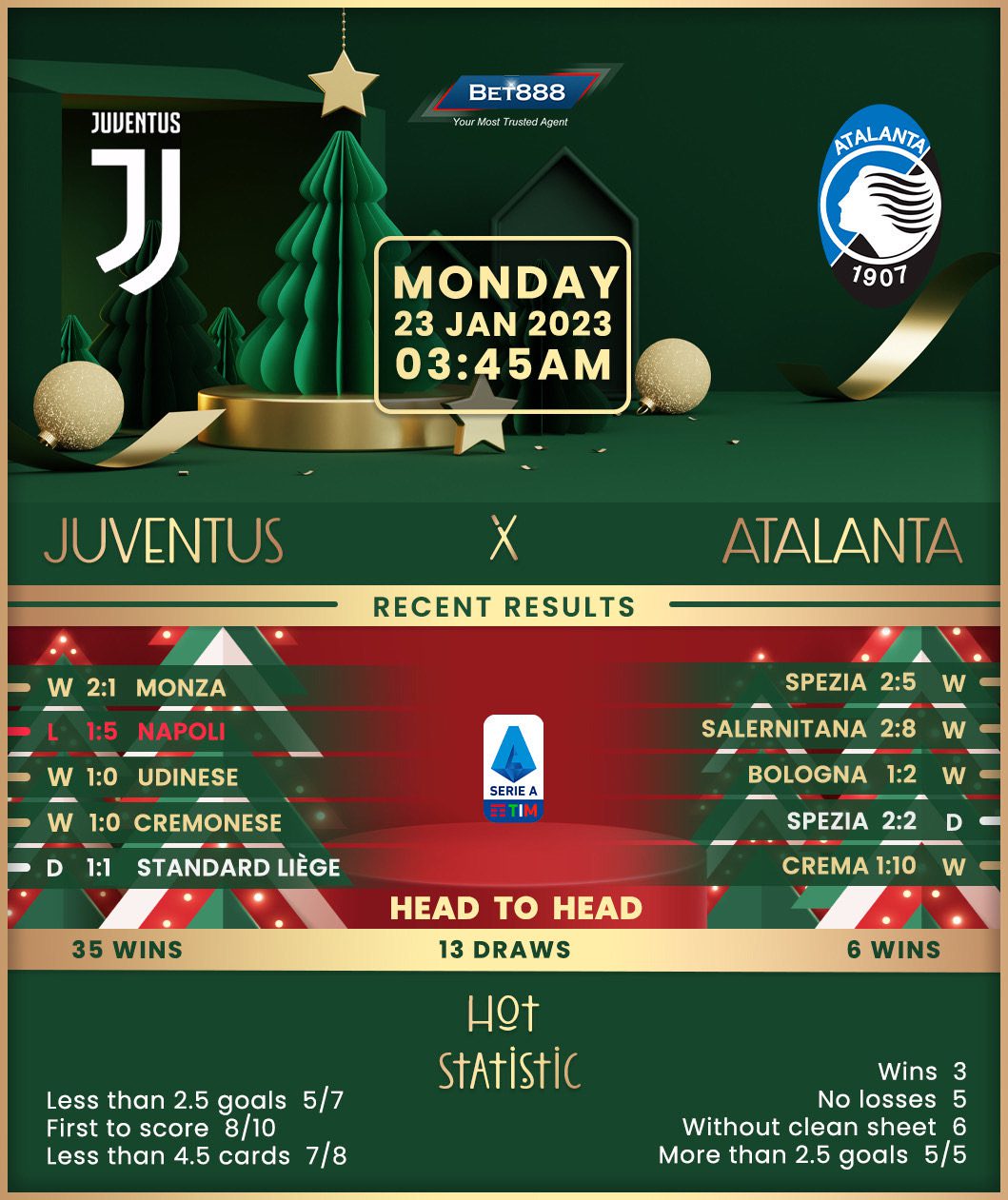