Juventus will be looking to build on a 1-0 first-leg win when they meet Fiorentina at the Allianz Stadium in the return leg of their Coppa Italia semi-final tie.

Juventus needed a stoppage-time equaliser to hold nine-man Bologna to a 1-1 home draw over the weekend, casting doubt on their hopes of overcoming Fiorentina in this semi-final tie. Indeed, a five-game form in competitive action has not been kind to ‘I Bianconeri’ (W2, D1, L2), with Massimiliano Allegri’s side drawing a blank in both defeats across that sequence. Though Juventus ran out 1-0 victors in their home Serie A meeting with Fiorentina this season, last season’s 3-0 reverse must still be tormenting the Allianz Stadium faithful. That said, the record-time Serie A champions have racked up 12 victories across their 16 previous competitive encounters against this opposition, including a Serie A double this term. What’s more, Juventus have progressed from their last six Coppa Italia semi-final engagements.

In the meantime, Fiorentina squeezed past Venezia 1-0 at the weekend, making it three Serie A triumphs on the trot. Indeed, they’ve gone unbeaten in six consecutive league matches since a first-leg reverse (W4, D2), with three of their four wins in this spread of games yielding the same 1-0 scoreline. ‘La Viola’ will be looking to turn this tie on its head and reach the Coppa Italia showpiece for the first time since 2013/14, and they have a decent away form to back their claim. Indeed, Vincenzo Italiano’s men have lost just one of their last seven away fixtures on hostile turf (W4, D2) despite failing to keep a single clean sheet in this period. Additionally, their all-time H2H record against Juventus in the Coppa Italia reads positively (W6, D2, L5), further boosting the visitors’ spirits ahead of this trip. 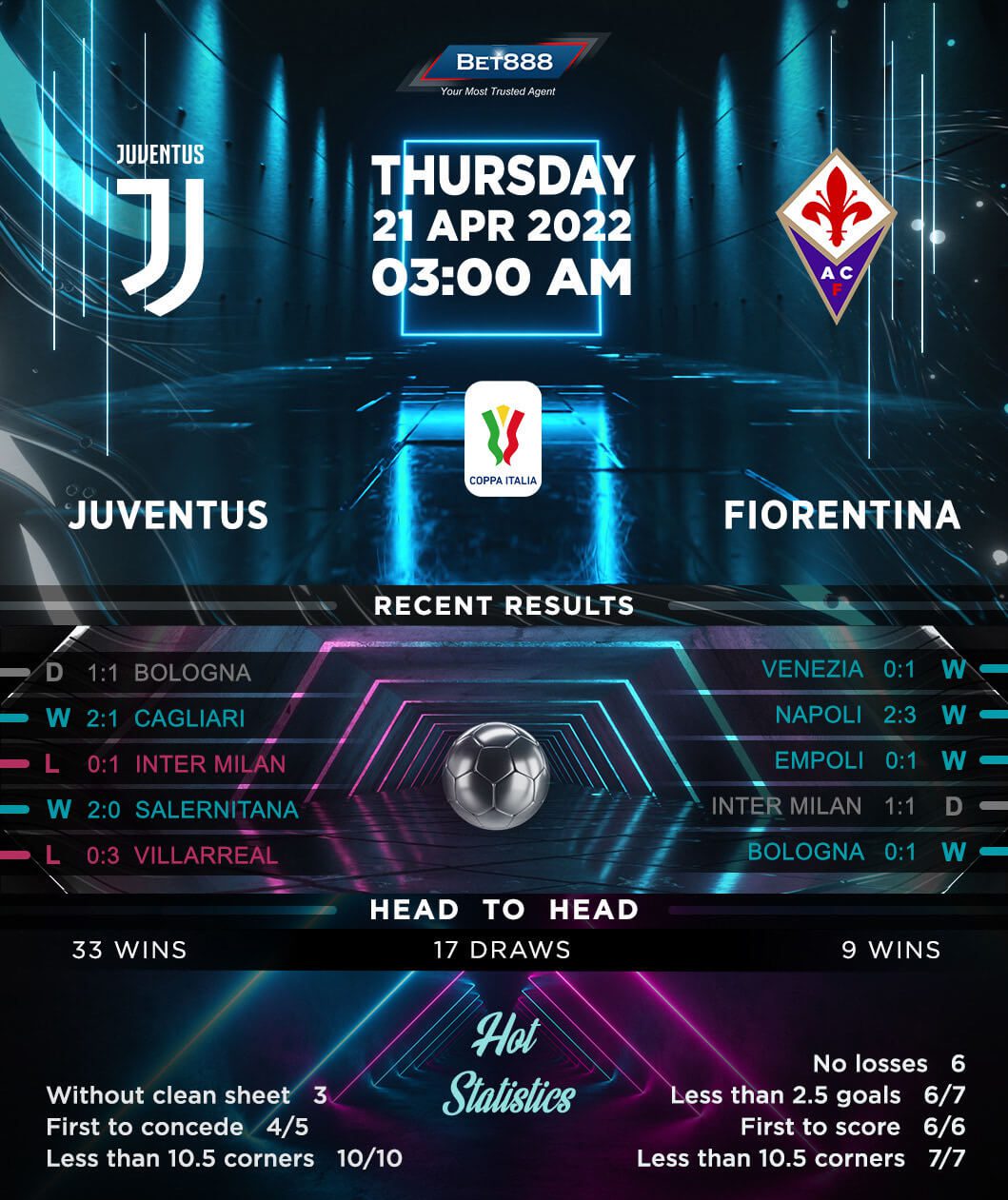