The 178th Serie A edition of the famous Derby d’Italia pits Juventus and Inter Milan against each other at the Allianz Stadium in a blockbuster top-four six-pointer.

Juventus have regained their status as a force to be reckoned with in Italian football, as witnessed by their eye-catching 16-game unbeaten Serie A streak (W11, D5). Massimiliano Allegri’s men have turned the Allianz Stadium into a fortress following a 1-0 downing to Atalanta in late November, going eight successive home league matches without defeat (W6, D2). Juventus’ success in that run has been based on rock-solid defending, with all six victories coming ‘to nil’ and five yielding the same 2-0 scoreline. Despite the gravity of the test, ‘I Bianconeri’ are in good shape to maintain their high-flying home form, having lost just one of their last 15 home H2Hs across all competitions (W10, D4). Adding to this sentiment, Juventus’ last Serie A defeat against Inter at home dates back to 2012.

Meanwhile, Inter Milan’s hopes of winning their first back-to-back Serie A titles since 2009/10 are in jeopardy after Simone Inzaghi’s men won just one of their last six league matches (D4, L1). Moreover, ‘I Nerazzurri’ have drawn four consecutive Serie A away games in the build-up to this trip. They now face the prospect of making it five successive top-flight stalemates on the road for the first time since 2004. Yet, Inter could go unbeaten in both seasonal league meetings with Juventus for the first time since 2008/09, courtesy of a 1-1 draw in the reverse fixture at Meazza. That could be tricky, though, as they’ve earned a mere 11 points from their last nine Serie A outings (W2, D5, L2), ten fewer than their hosts across that sequence. 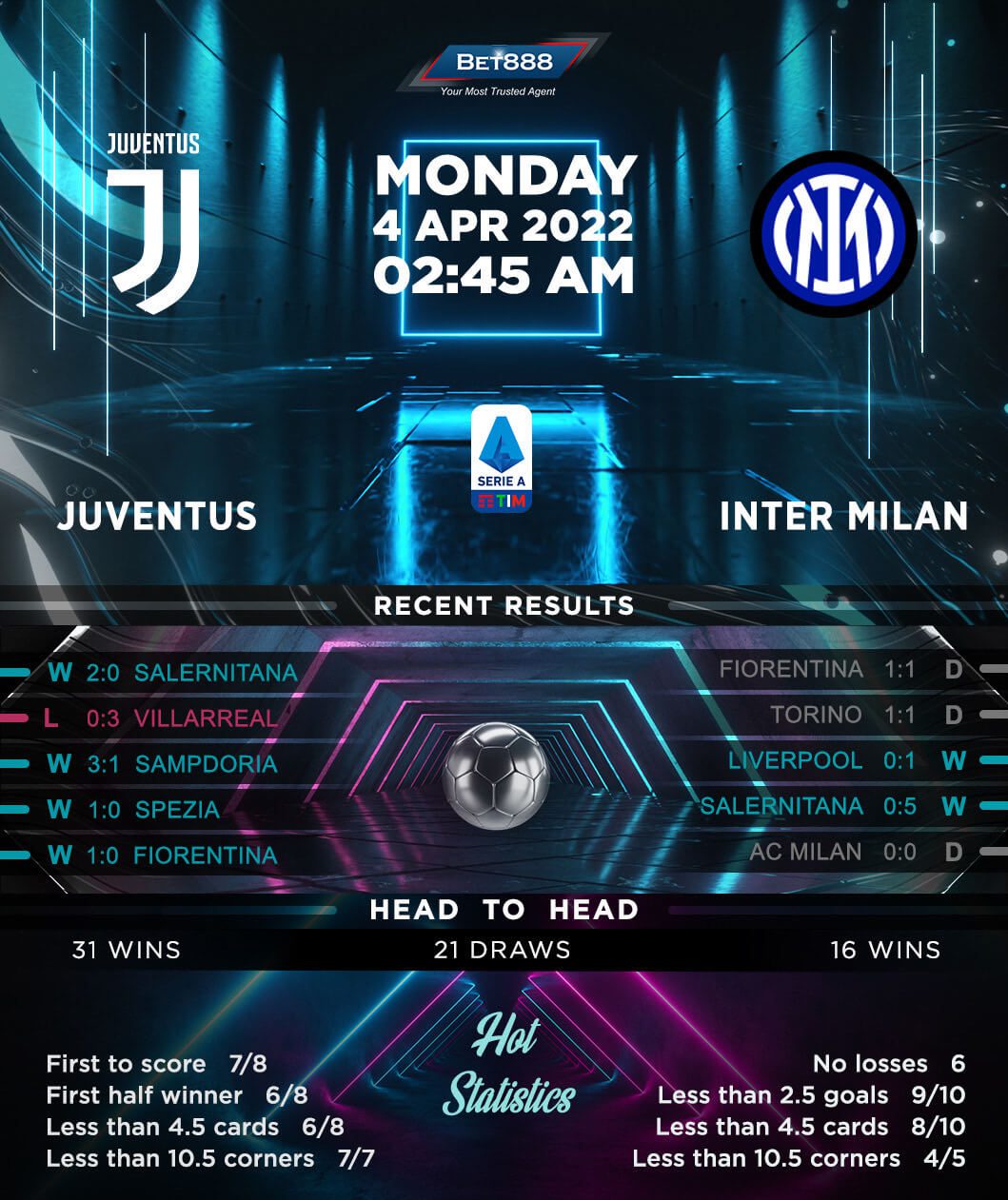