Stadio Olimpico forms the backdrop for the third-ever meeting between Juventus and Inter Milan in the Coppa Italia grand final.

With nothing but the Coppa Italia trophy left to play for, Juventus will be desperate to bounce back from a morale-damaging 2-1 defeat at Genoa at the weekend. ‘I Bianconeri’ boast a 100% win ratio against Inter in the Coppa Italia finals, though it’s worth noting that their last such match-up dates back to 1965. Massimiliano Allegri’s men have reached the Coppa Italia showpiece for the seventh time in eight years, with five of their six previous attempts to land the trophy ending successfully. However, Juventus have gone winless in their three competitive matches against Inter this season (D1, L2), including a heartbreaking 2-1 extra-time defeat in the Supercoppa Italiana in January. Yet, the record-time Italian champions are the ‘Coppa Italia experts,’ as they have won the competition on more occasions (14) than any other side.

On the other hand, Inter’s first appearance in the Coppa Italia showpiece since their triumphant 2010/11 campaign has come as the reward for an eye-catching 3-0 aggregate triumph over arch-rivals AC Milan in the semi-finals. Simone Inzaghi’s men have found their Coppa Italia campaign a stroll so far, keeping four clean sheets in their five outings in the competition, including the last three on the trot. ‘I Nerazzurri’ will show up in a confident mood after overturning a 2-0 deficit to beat Empoli 4-2 in their most recent Serie A fixture and keep their Scudetto hopes alive. But the Serie A title race should not distract Inter from their bid to achieve three consecutive wins over Juventus in a single season for the first time in the club’s history. 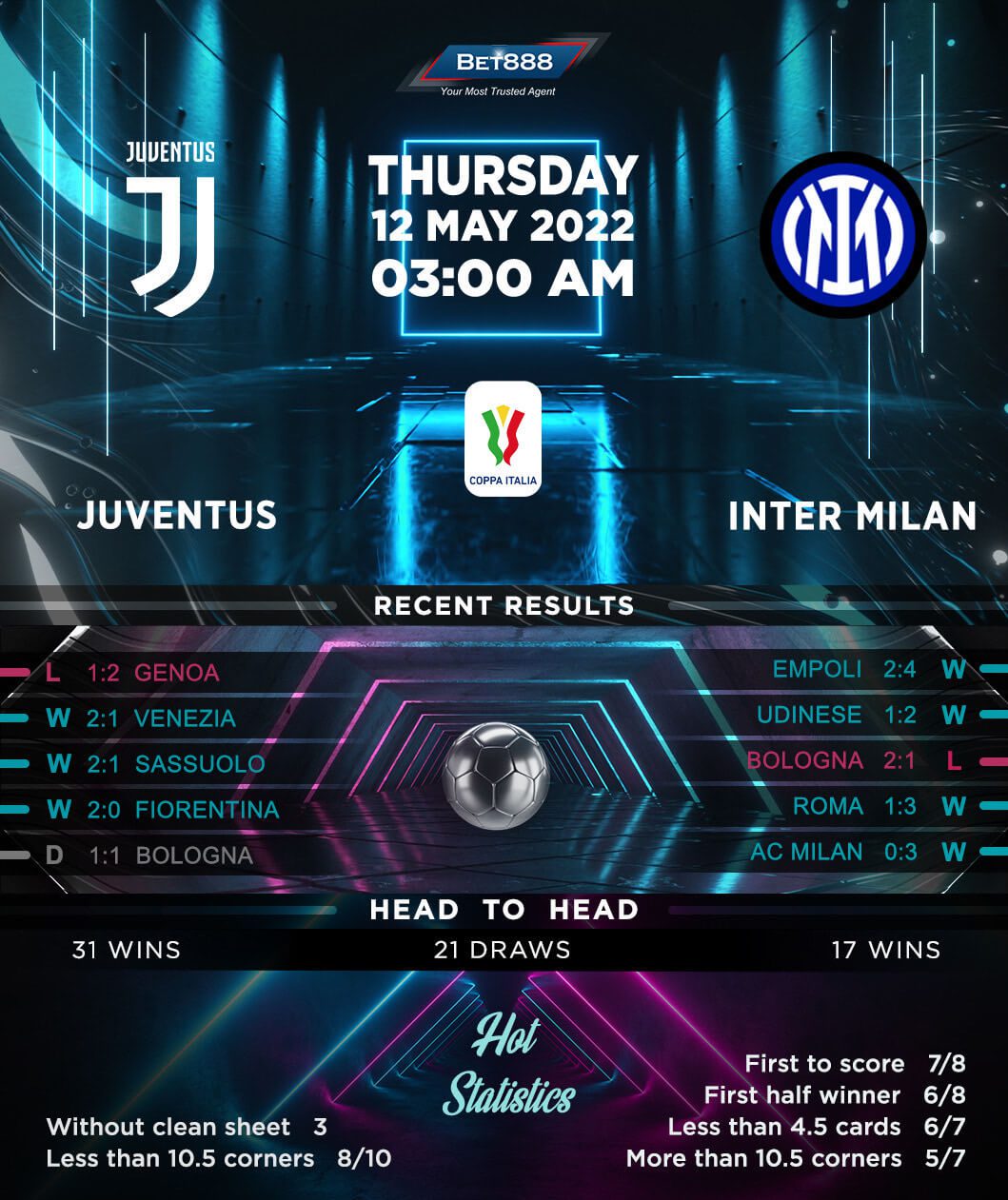