The latest chapter of the famous ‘Derby della Mole’ is set to take place at the Allianz Stadium as high-flying Juventus take on mid-table Torino in a tasty-looking Serie A match-up.

Danilo’s last-gasp equaliser gave Juventus a 1-1 draw at Atalanta last time out, extending their unbeaten run in Serie A to 11 matches (W7, D4). Low scoring has been a common theme in that 11-game sequence, with just one of those fixtures featuring over 2.5 total goals. Interestingly, seven of Juventus’ last eight Serie A victories have yielded the same 2-0 scoreline, with Massimiliano Allegri’s side scoring either side of half-time on each occasion. That has also been the case in Juve’s last two top-flight home outings as they now aim to make it three consecutive home league wins ‘to nil’ under Allegri for the first time since December 2018. ‘I Bianconeri’ are in a prime position to achieve that feat after losing just one of their last 31 Serie A meetings with Torino (W23, D7).

Meanwhile, Torino’s two-game winning streak to get the new calendar year off to a flying start now looks like ancient history, as they’ve since gone winless in three consecutive league matches (D1, L2). Moreover, back-to-back defeats to Udinese and Venezia in the build-up to this fixture put ‘I Granata’ at risk of losing three Serie A games in a row for the first time since December 2020. Given Torino’s abysmal away form this season, that’s very much in the realm of possibility. In addition to picking up the second joint-fewest two Serie A away wins this season (D2, L7), Ivan Juric’s men have scored a league-low six goals on the road so far, at an average of 0.54 per match. 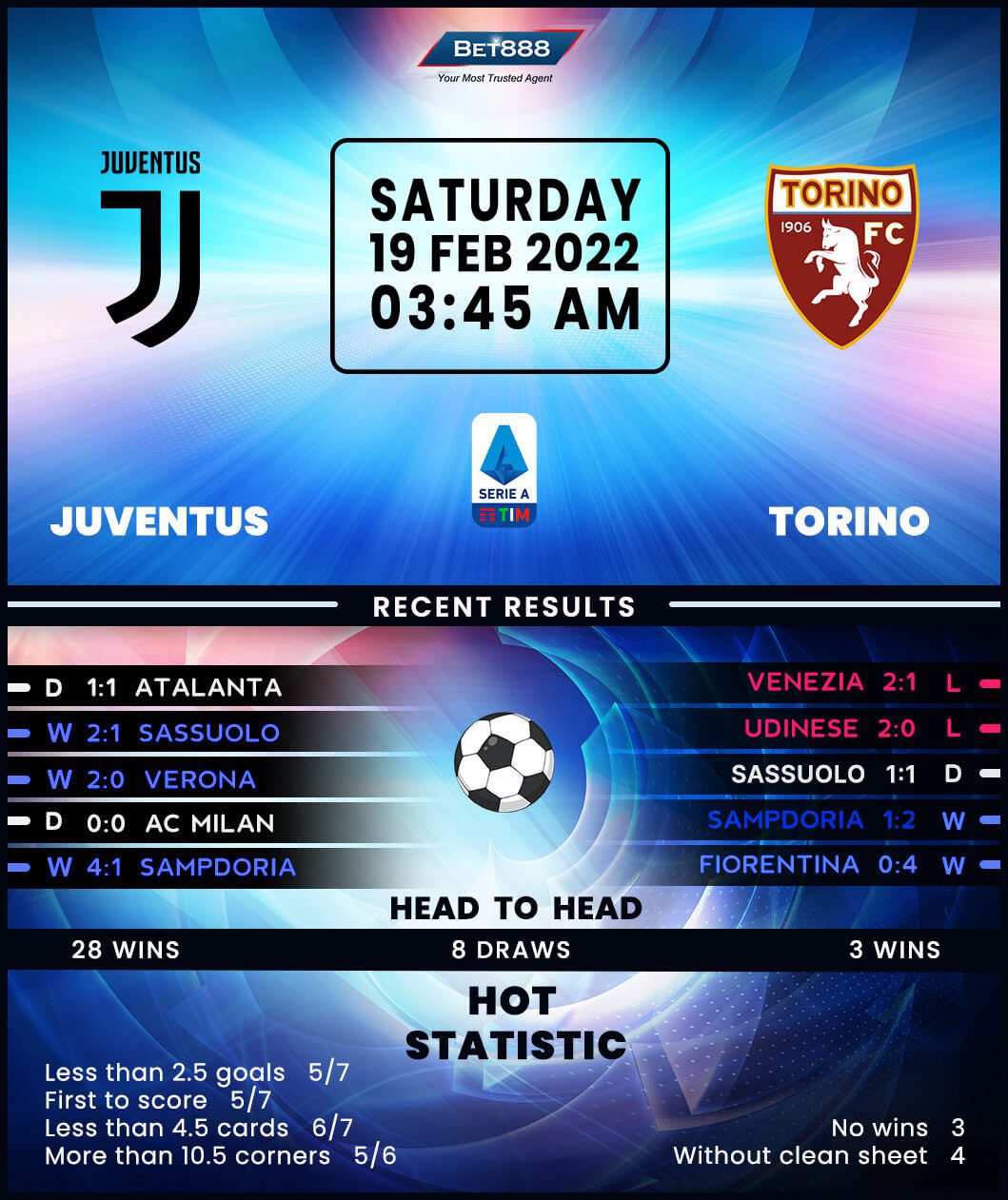