Serie A top-four hopefuls Juventus will be looking to dispatch rock-bottom Venezia at the Allianz Stadium and win back-to-back league games for the first time since early March.

Juventus came from behind to pick up a 2-1 win at Sassuolo last time out and make a massive step towards ensuring an 11th successive top-four Serie A finish. However, a lack of consistency remains the elephant in the room, with ‘I Bianconeri’ alternating between winning (3) and not winning (2) across their last five Serie A outings. Following a 1-1 draw in the reverse fixture, Juventus could go winless in both seasonal Serie A meetings with Venezia for the first time since 1941/42. However, Juve have racked up 15 victories in their last 18 Serie A matches against this opposition (D2, L1). That bodes well as Massimiliano Allegri’s men hope to avoid going winless in three consecutive Serie A home games for the first time since 2015.

On the other hand, Venezia’s hopes of stretching their top-flight status to another season are hanging by a thread as they head into proceedings six points adrift of safety. Nailed to the bottom of the Serie A table after a 3-1 home defeat to Atalanta last weekend made it eight league losses in a row for ‘I Lagunari,’ the visitors look like a doomed outfit here. Another underwhelming result in Turin would see Venezia lose nine consecutive Serie A matches for the first time in the club’s history. That’s well in the realm of possibility, with Andrea Soncin’s men losing their last four Serie A away games, including a hat-trick of 1-0 defeats ahead of this round. Since beating Bologna 1-0 in November, Venezia have failed to keep a clean sheet in their last eight Serie A fixtures on the road. 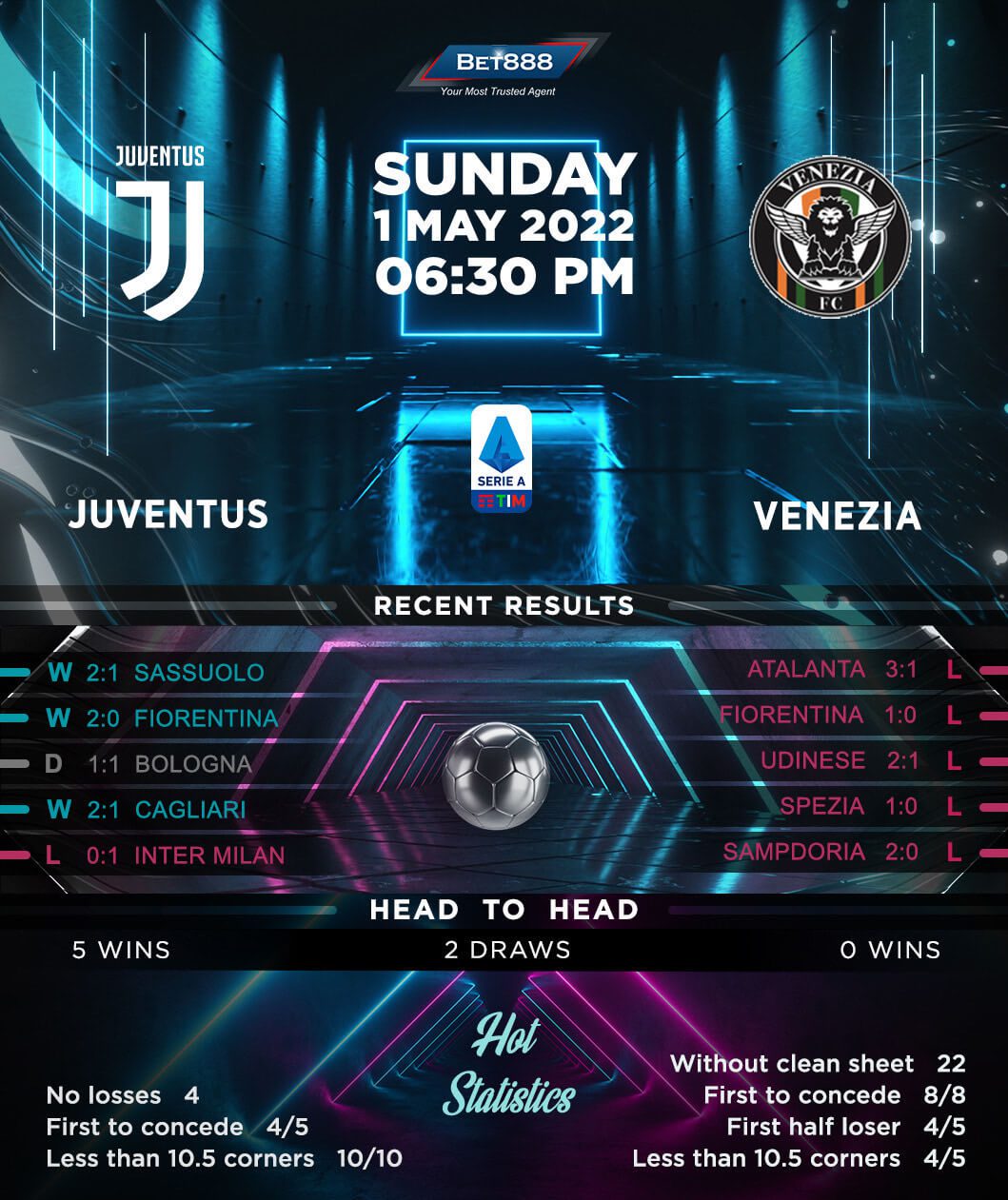