With Juventus’ Champions League last-16 tie against Villarreal finely poised at 1-1, there will be everything to play for the Allianz Stadium this midweek.

Juventus will show up in high spirits after a comfortable 3-1 Serie A win away to Sampdoria last weekend took their unbeaten run in all competitions to 12 (W8, D4). ‘I Bianconeri’ finished top of a highly competitive Champions League Group H with five wins from six, except for a 4-0 drubbing at the hands of Chelsea on Matchday 5. Massimiliano Allegri’s men have won all three home matches in the Champions League this season, two of which yielded the same 1-0 scoreline. Moreover, the record-time Serie A champions are unbeaten in their last ten home outings across all competitions (W8, D2) since a 1-0 loss to Atalanta in November. Confidence is sky-rocketing in the Juventus camp as they boast a stellar 14-game home record against Spanish visitors in Europe (W8, D4, L2).

In the meantime, Villarreal’s topsy-turvy form in the post-first-leg period (W2, L1) could be a problem as they hope to extend their two-game winning run in the Champions League away matches. Notably, before losing to Manchester United on Matchday 2, ‘El Submarino Amarillo’ had enjoyed a sensational 26-game unbeaten run against non-Spanish opponents in European football (W16, D10). Additionally, the Spaniards had won their first six two-legged knock-out ties against Serie A opponents before losing their most recent such contest to Roma. Yet, Villarreal’s consecutive wins at Young Boys and Juve’s fellow Italian rivals Atalanta in this season’s Champions League group phase are two of their three wins in their last 12 away matches in the Champions League proper (D4, L5). That’s a reason for concern, as Unai Emery’s men have suffered three defeats across their previous five away games in all competitions (W2). 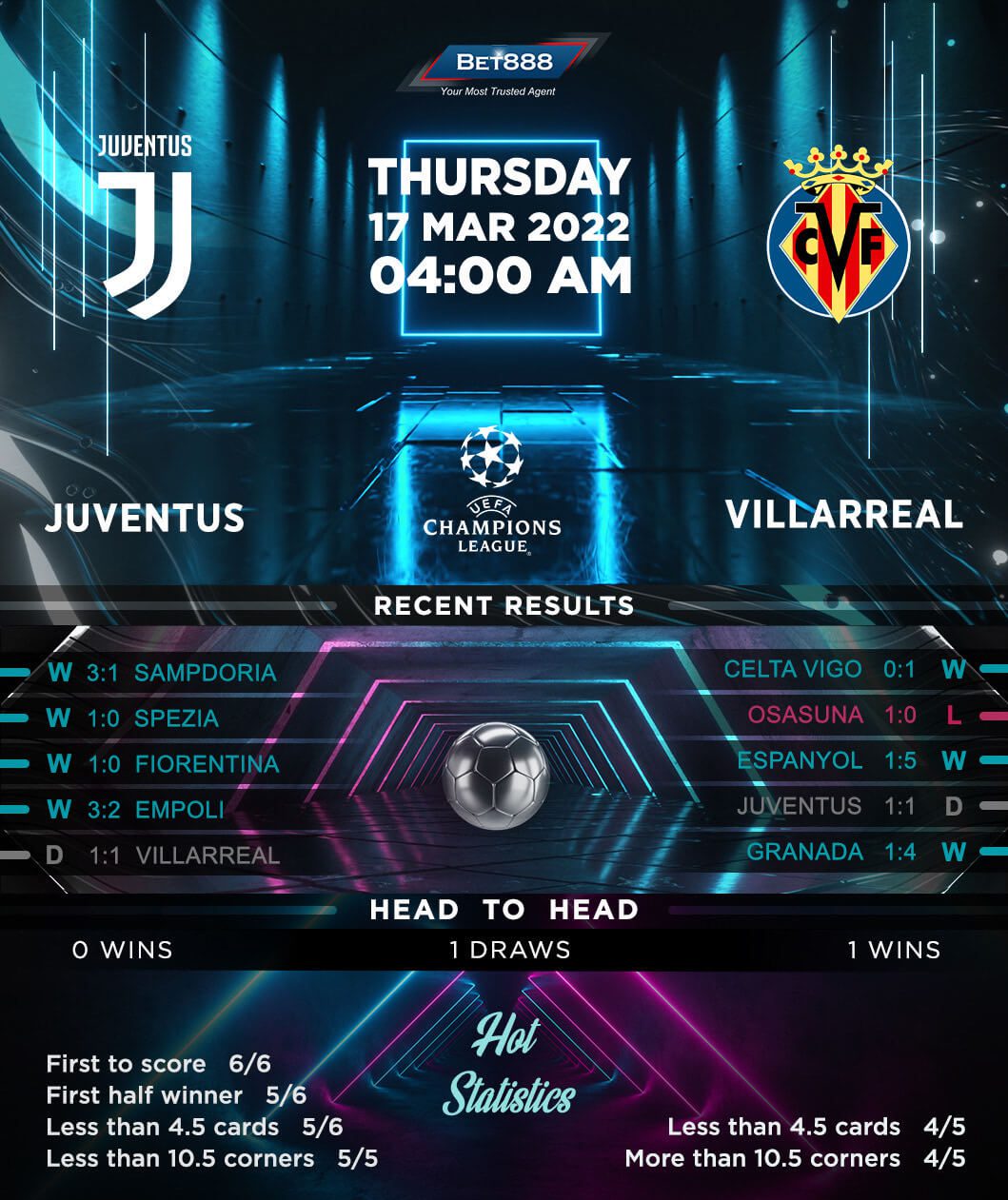