Kashima Antlers and Shimizu S-Pulse go head-to-head at the Kashima Soccer Stadium in the return leg of their YBC Levain Cup last-16 tie.

A narrow 1-0 first-leg victory puts Kashima in firm control of this tie as they go up against a side they have lost to just once in their last nine competitive H2Hs as hosts (W7, D1). But, that solitary defeat was in their most recent encounter at this venue, ending a run of Kashima’s six consecutive clean sheets in their H2H meetings at home. Naoki Soma’s men go into this fixture unbeaten in nine of their previous ten competitive home matches (W7, D3), including the last seven in a row since a 1-0 defeat to Nagoya in late March. Kashima have failed to find the net just once in 12 home games in all competitions since the calendar flipped to 2021, netting 2+ goals in 54.55% of the remaining 11 matches.

On the other hand, the visitors head into proceedings in the midst of a rough patch, having won just once in their last seven outings (D1, L5), scoring under 1.5 goals in each game they didn’t win. After pulling off back-to-back one-goal wins in late March, Shimizu have gone winless in their subsequent six road trips in all competitions (D2, L4), losing the last four on the spin by an aggregate score of 10-2. Both of Shimizu’s goals scored in that six-game stretch arrived before the half-time break. Shimizu’s defensive frailties have seen them keep just three clean sheets in 12 away games this calendar year. Despite their recent form wobble, Miguel Angel Lotina’s men have been fun to watch lately, with four of their last six fixtures featuring over 2.5 total goals. 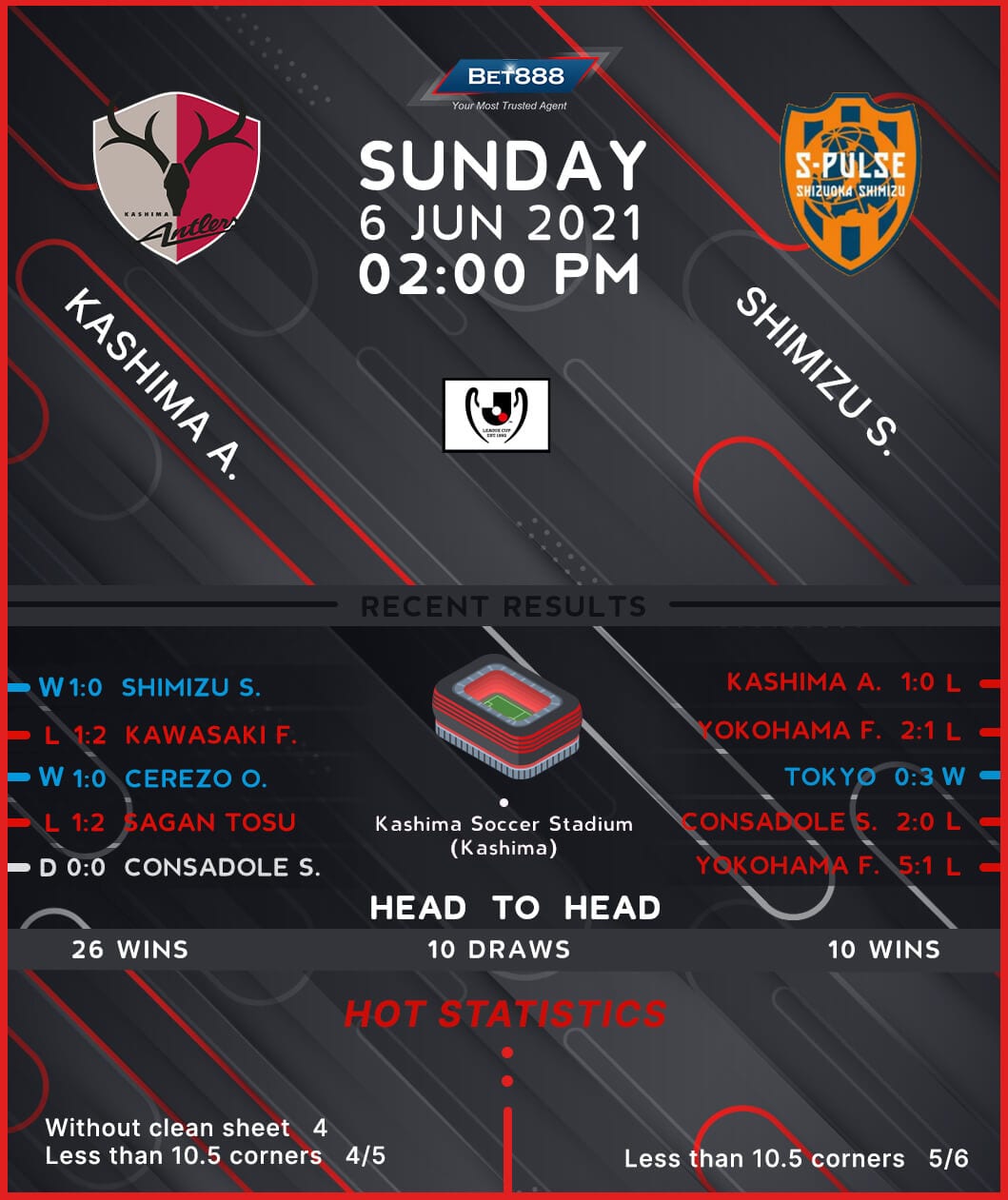