South Korea and Uruguay shared the spoils in a goalless draw on day one, marking the Koreans’ third scoring blank in their last five World Cup outings. If that’s not enough to make manager Paulo Bento worried, his men have failed to produce a shot on target twice across their four most recent games at the tournament. On top of that, the ‘Taegeuk Warriors’ have lost three of their four international matches against Ghana (W1), including a 4-0 defeat in their most recent H2H in November 2014. That said, the Koreans have bagged precisely two goals in each of their three World Cup encounters against nations from the CAF confederation (W2, D1), though they’ve never kept a clean sheet across those fixtures.

In the meantime, Ghana found themselves on the wrong side of a 3-2 scoreline in their curtain-raising Group H clash against Portugal in only a fourth World Cup match to have featured 5+ goals following a goalless first half. Scoring hasn’t been a problem for the Ghanaians, as they’ve netted in six consecutive World Cup outings, only two games shy of Nigeria’s record of eight straight scoring performances among African nations in the competition. Having netted 3+ goals in three of their four all-time H2Hs against the Koreans, Ghana will be confident of troubling the scoresheet again. However, the ‘Black Stars’ have failed to win any of their last five World Cup fixtures (D2, L3). That’s an issue because defeat here would condemn them to back-to-back group-stage eliminations. 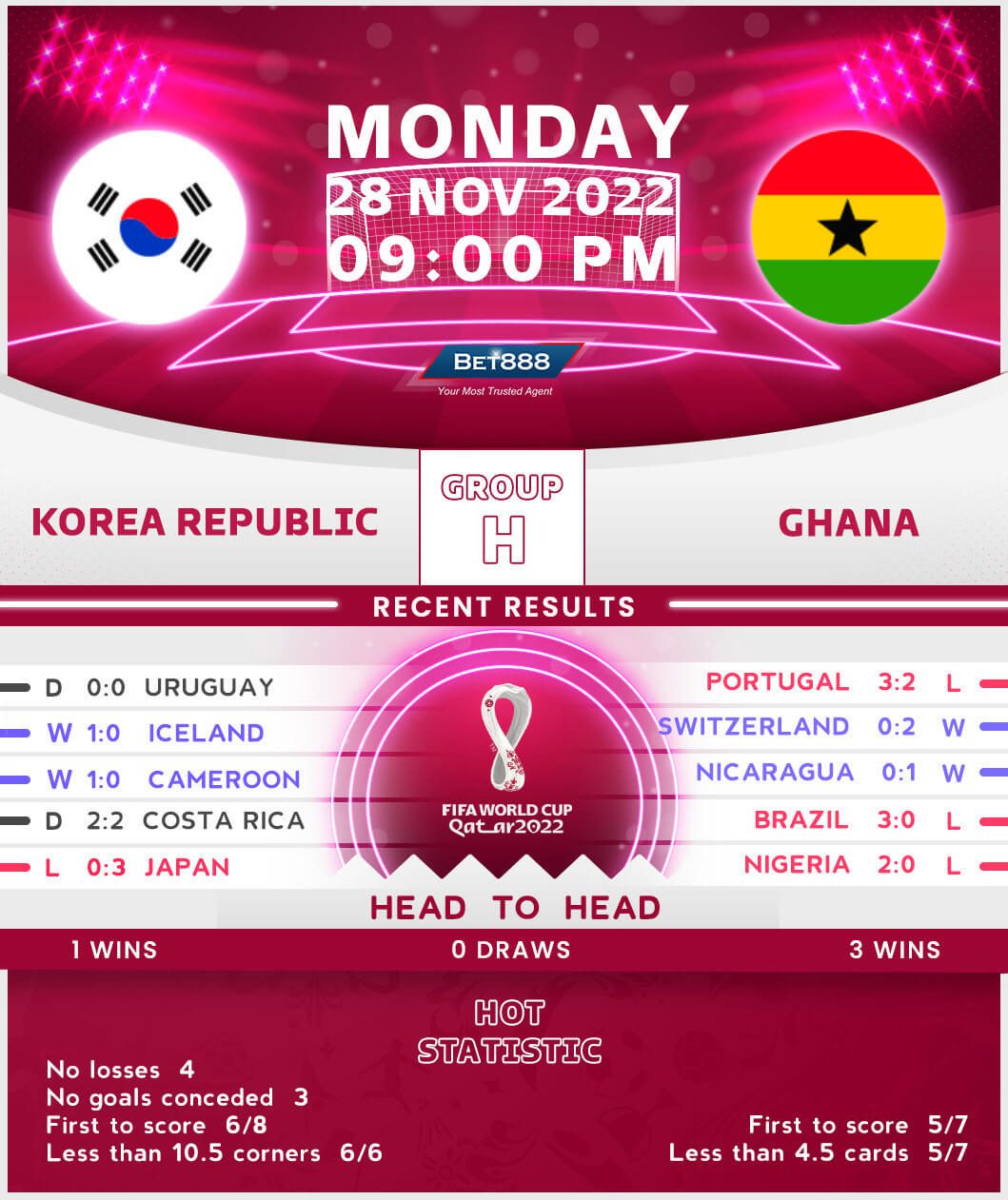