Third-tier outfit Krabi already defied the odds in the previous round of the Thai League Cup, overcoming top-flight strugglers Suphanburi 3-2 after extra-time. They have since gone into overdrive, racking up four wins from five Thai League 3 fixtures (D1), all of which came by a 2+ goal margin. Each of Krabi’s four triumphs in that five-game sequence saw them net 3+ goals, showing why the ‘Andaman Eagles’ are warm candidates to earn promotion to a higher division. What’s more, since a 1-0 defeat at the hands of Nara United in early October, Prajak Weangsong’s men have won each of their last nine competitive home matches, extra-time included. Seven of those nine victories saw Krabi score at least two goals, which is another encouraging sign for the home faithful.

Meanwhile, Pathum United have not lost any of their seven competitive games since the calendar year flipped to 2022 (W3, D4), bagging over 1.5 goals five times in that period. Makoto Teguramori’s team made light work of Krabi’s fellow third-tier opponents Songkhla in the previous Thai League Cup round, cruising to an overwhelming 4-1 triumph. But that remains Pathum’s solitary success across their last five away matches in all competitions, with each of the remaining four ending level. Indeed, their last two road trips have yielded identical 2-2 draws, with the ‘Rabbits’ conceding the opening goal within 15 minutes of play on both occasions. It is also worth mentioning that the visitors have failed to keep a clean sheet in all four competitive away games so far in 2022. 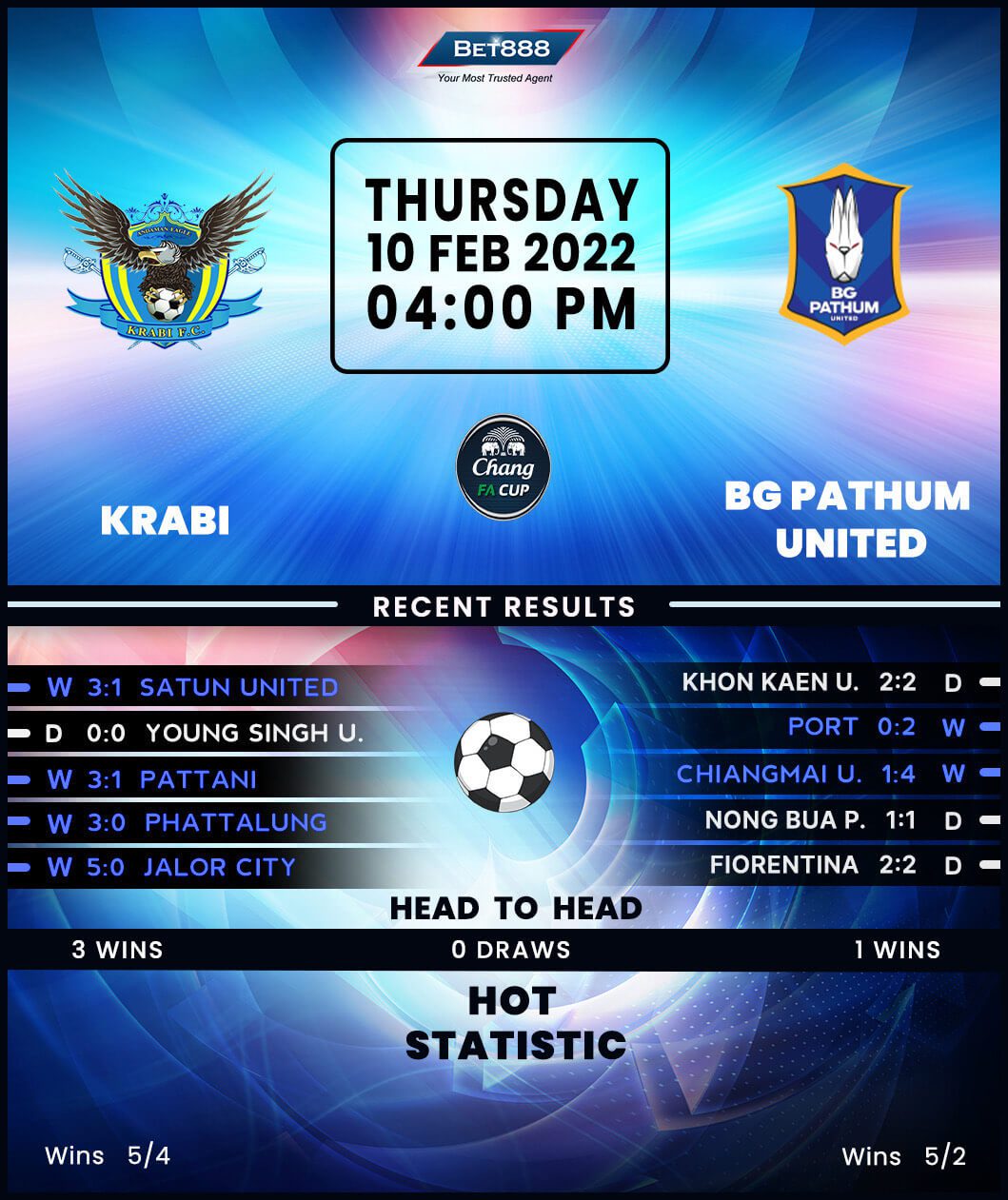