Kuala Lumpur City and Tampines Rovers are set to trade tackles in a must-win AFC Cup Group H showdown at the KLFA Stadium.

A goalless away draw to Group H leaders PSM Makassar in their group opener leaves Kuala Lumpur City with realistic chances of progressing from this three-side section in this season’s AFC Cup. But back-to-back scoring blanks in the build-up to this fixture (D1, L1) don’t look encouraging. Hold that thought for a moment, as the ‘City Boys’ have racked up three victories from their last four competitive home outings (L1), netting 2+ goals in each success. By extension, they have scored at least twice in five of their seven home matches in 2022. Particularly lethal in the later stages of play, they’ve got on the scoresheet beyond the 75th minute in their last three home games.

On the other hand, Tampines Rovers fell apart after a promising start in their Group H curtain-raiser versus PSM, turning a 1-0 halftime lead into a 3-1 home defeat. That reverse forms part of the visitors’ underwhelming run of three losses from their last four competitive fixtures (W1), all of which saw them concede 3+ goals. Connoisseurs of action-packed football will look forward to this encounter. Indeed, three of Tampines’ last four competitive away matches have seen 4+ goals and both teams scoring. All three featured over 1.5 first-half goals, highlighting the potential for a quick-fire start. 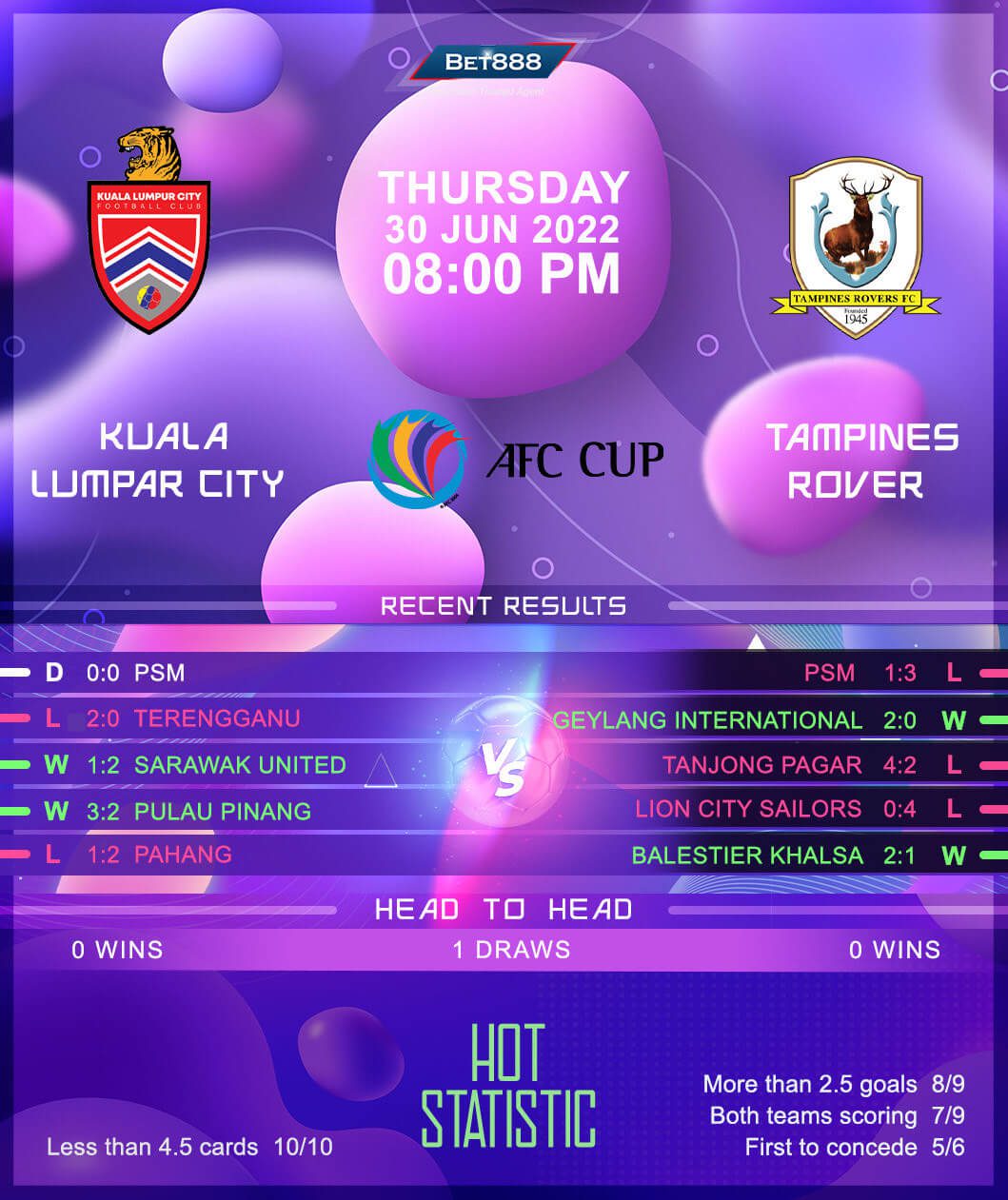