AC Milan’s quest to lift their first Serie A title in over a decade continues at the Stadio Olimpico as they take on Lazio in a mouth-watering league fixture.

An underwhelming 1-1 home draw with mid-table Torino last time out threw Lazio’s top-six hopes into doubt, though Roma’s 3-1 defeat at Inter Milan reignited their Europa League qualification bid. A potential victory over Milan would fire ‘I Biancocelesti’ above fifth-placed Roma in the league standings. However, Maurizio Sarri’s men have lost both competitive meetings with Milan this season by 2+ goals ‘to nil,’ including a 2-0 defeat in the reverse fixture at San Siro. Another loss would see Lazio suffer their first top-flight double at the hands of this opposition for the first time since 2008/09. After losing 13 of their last 14 Serie A matches against sides starting the matchday at the top of the table (W1), Lazio must feel concerned about their chances of staging an upset here.

Meanwhile, Milan will be out to prove an embarrassing 3-0 defeat to Inter in midweek Coppa Italia action was just a one-off as they aim to regain the top place at the Serie A table. Seeking their first Scudetto since 2010/11, ‘I Rossoneri’ head into proceedings unbeaten in their last 11 Serie A outings (W6, D5), mainly thanks to their rock-solid backline. Indeed, Stefano Pioli’s men have kept a clean sheet in each of their last six Serie A matches, their best such streak in the competition since 1994. In fact, Milan have conceded just seven goals in their 14 Serie A fixtures in 2022, with only Liverpool (6) shipping fewer goals this calendar year across Europe’s top-five leagues. Furthermore, the seven-time European champions have won a league joint-high 37 points away from home this season (W11, D4, L1). 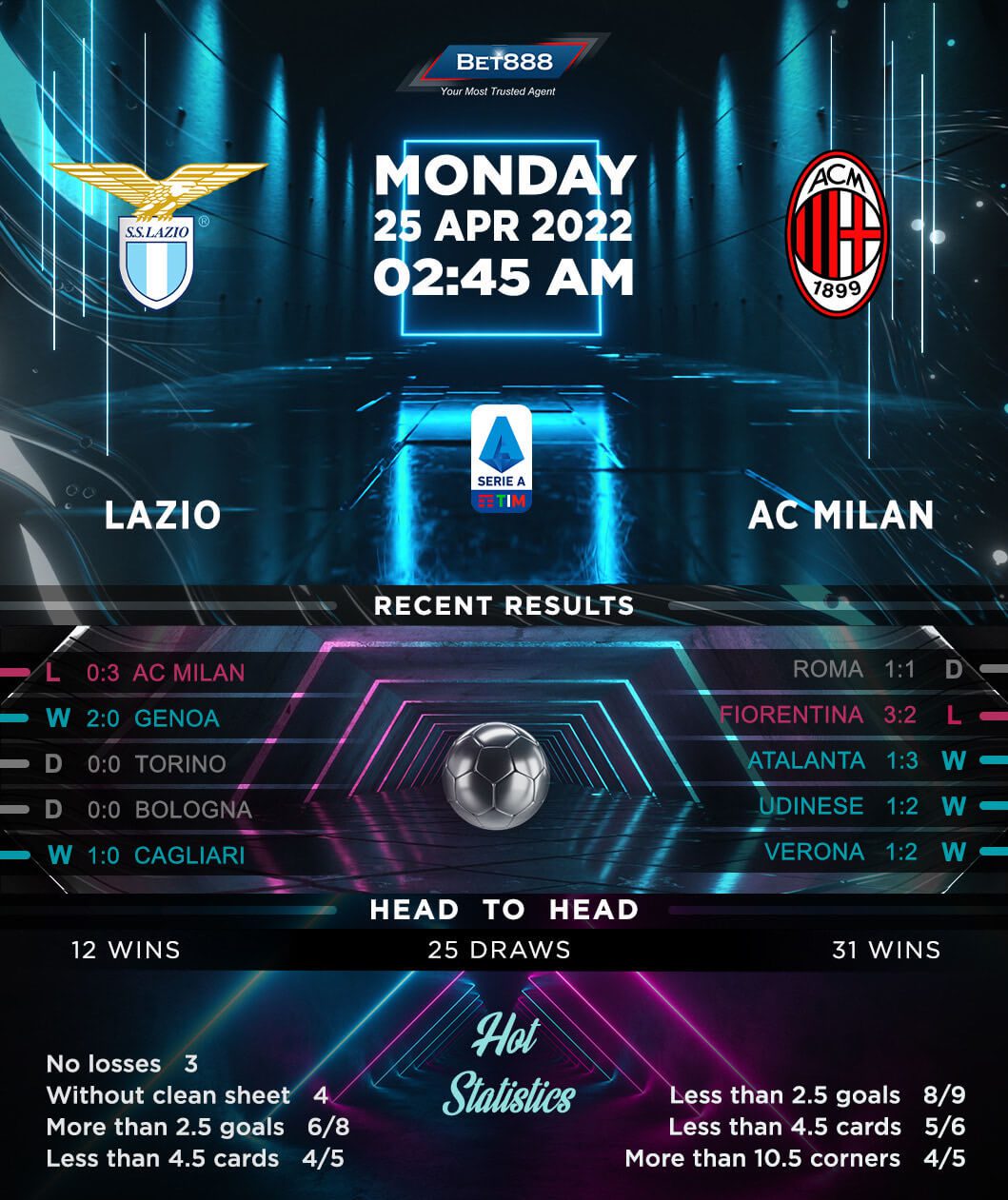