Stadio Olimpico forms the backdrop for a highly anticipated fixture, as Lazio and AC Milan go head-to-head in a mouth-watering Serie A encounter.

Lazio scored on either side of halftime to dispatch mid-table Sassuolo 2-0 last weekend and arrest an underwhelming three-match winless Serie A run (D1, L2). However, they paid a hefty price as talismanic forward Ciro Immobile picked up a thigh injury, which prevented him from taking part in his side’s narrow 1-0 Coppa Italia win over Bologna in the build-up to this clash. With Immobile ruled out for this fixture, Lazio’s hopes of fending off Milan and hauling back a three-point deficit on fourth-placed Roma will rest upon their water-tight backline. Maurizio Sarri’s men have kept a league second-high ten clean sheets in 18 Serie A outings this season, including two shutouts across their last four league matches on home turf.

In the meantime, visiting Milan found themselves on the receiving end of a 3-0 scoreline in last week’s Supercoppa Italiana showpiece against bitter rivals Inter Milan, extending their winless streak in all competitions to four matches (D2, L2). Stefano Pioli’s men head into proceedings on the back of consecutive 2-2 draws against Roma and Lecce, losing a substantial ground on pacesetters Napoli. With ‘I Partenopei’ 12 points clear ahead of the kick-off, a failed attempt to win three Serie A H2Hs against Lazio for the first time since 2009 would likely end Milan’s Scudetto hopes. Worryingly for the reigning Serie A champions, their inconsistent performances on the road have seen their last five away league encounters fluctuate between different outcomes (W2, D2, L1). 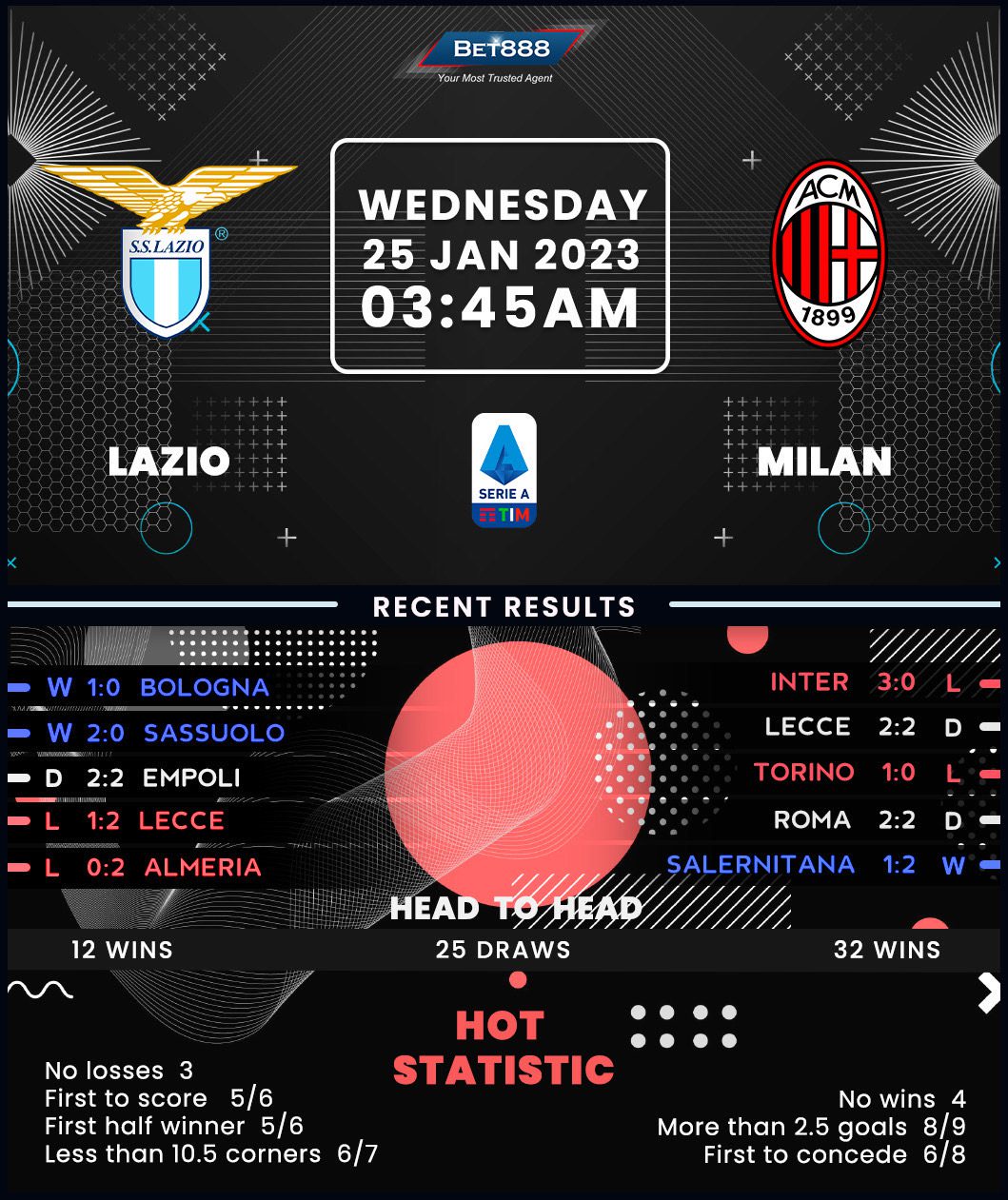