Stadio Olimpico is the venue as Lazio and Napoli go head-to-head in a handsomely-looking Serie A fixture.

Lazio officially waved goodbye to the Europa League after a 2-1 second-leg defeat to Porto at home sealed their fate in the play-off round. ‘I Biancocelesti’ can switch their attention towards Serie A proceedings, where they currently trail fourth-placed Juventus by seven points, albeit with a game in hand. Maurizio Sarri’s men have strung together five league matches without losing (W3, D2) since a 2-1 defeat away to Inter Milan in early January. Additionally, Lazio have only lost once in their last 25 Serie A home outings (W19, D5), courtesy of a 2-0 reverse at the hands of Juventus back in November. Their outstanding home form could well go on, with the hosts coming out on top of both previous top-flight H2Hs in Rome without conceding a single goal.

Like their opposition, Napoli’s hopes of lifting their first European title in the 21st century were curtailed in midweek as Barcelona cruised to an overwhelming 4-2 second-leg win in southern Italy to make it to the Europa League last-16. Things do not like bright for ‘I Partenopei’ in Serie A either, with a brace of uneventful 1-1 draws with Inter and Cagliari seeing them waste a couple of glorious opportunities to regain control at the top of the table. However, Luciano Spalletti’s men are unbeaten in all seven Serie A matches in 2022 so far (W4, D3), conceding under 1.5 goals on each occasion. Indeed, Napoli’s tally of just 18 goals shipped from 26 Serie A fixtures is second to none this season, with ‘I Partenopei’ remaining the only side in Italy’s top division yet to concede double digits on the road (9). 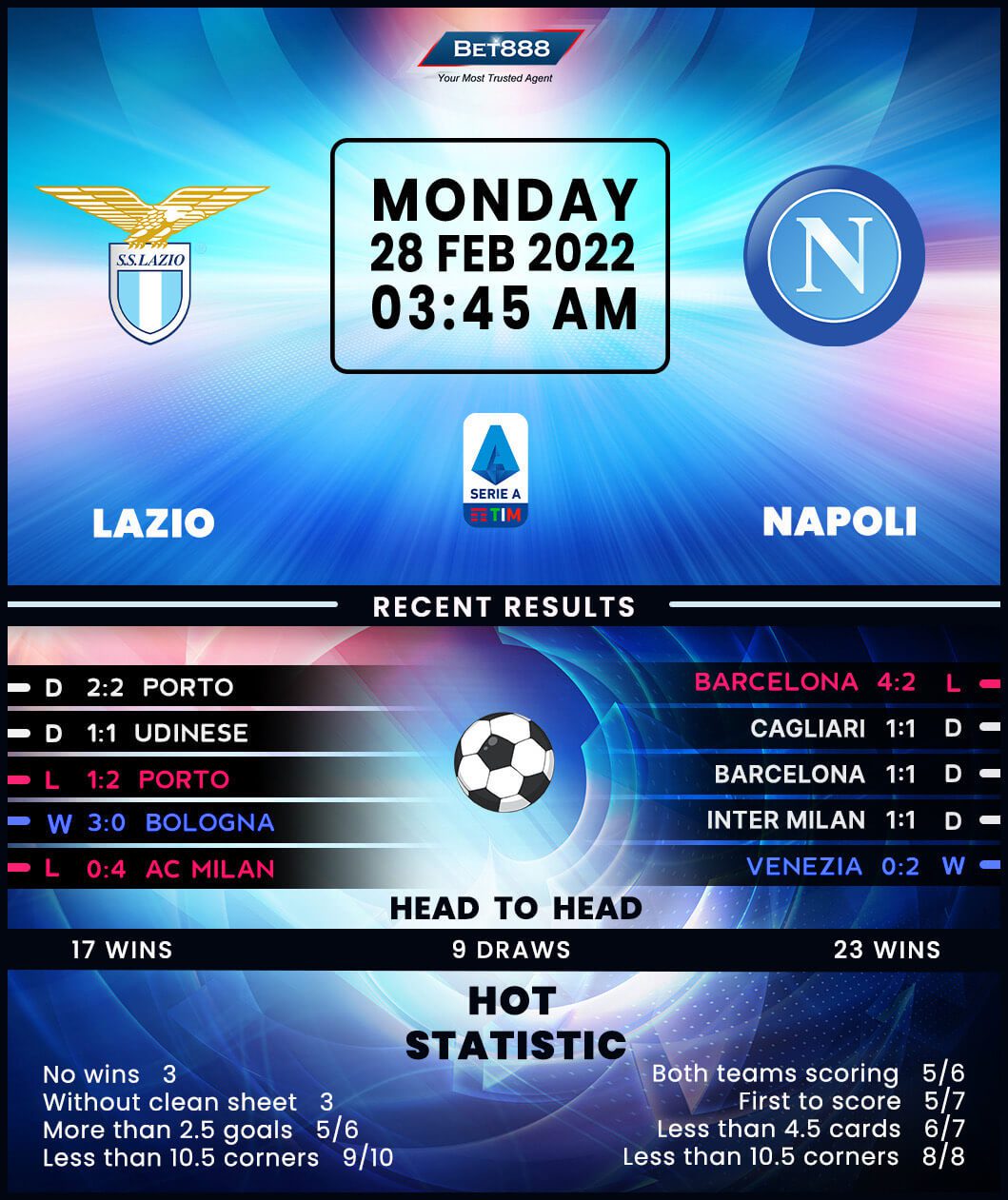