Porto’s come-from-behind 2-1 first-leg triumph in Portugal gives them the upper hand over Lazio heading into the return leg of their UEFA Europa League last-32 tie at the Stadio Olimpico.

Seeking their first-ever European triumph over Porto following three failed attempts on the trot (D1, L2), Lazio head into proceedings on the back of an uneventful 1-1 draw at Udinese. Lagging well behind in the Serie A top-four pace, ‘I Biancocelesti’ have been left with the Europa League as their only realistic chance of lifting a piece of silverware this term. The Italians will feel confident about their comeback prospects after racking up five victories from their six previous European home meetings with Portuguese visitors (D1). However, their indifferent home record in the Europa League knock-out stages (W5, D2, L4) could douse the home side’s optimism as they look to restore balance in the UEFA two-legged ties in which they lost the first leg on hostile turf (W4, L5).

Meanwhile, Porto built on their first-leg success, securing a narrow 1-0 win away to Moreirense at the weekend to boost their Primeira Liga title hopes. But a trip to Italy could stir some painful memories in the travelling camp, with Porto lamenting an underwhelming 24% win ratio against Serie A sides on their own turf (W4, D4, L9). Yet, their all-time European record at the Stadio Olimpico is perfectly balanced (W1, D1, L1), though they are winless in their last seven away matches in the Europa League knock-out stage – losing each of the last three in a row. Bringing other UEFA competitions into the equation, the ‘Dragons’ have gone 15 consecutive away knock-out games without winning (D4, L11) since a 5-2 victory at Spartak Moscow in 2011. 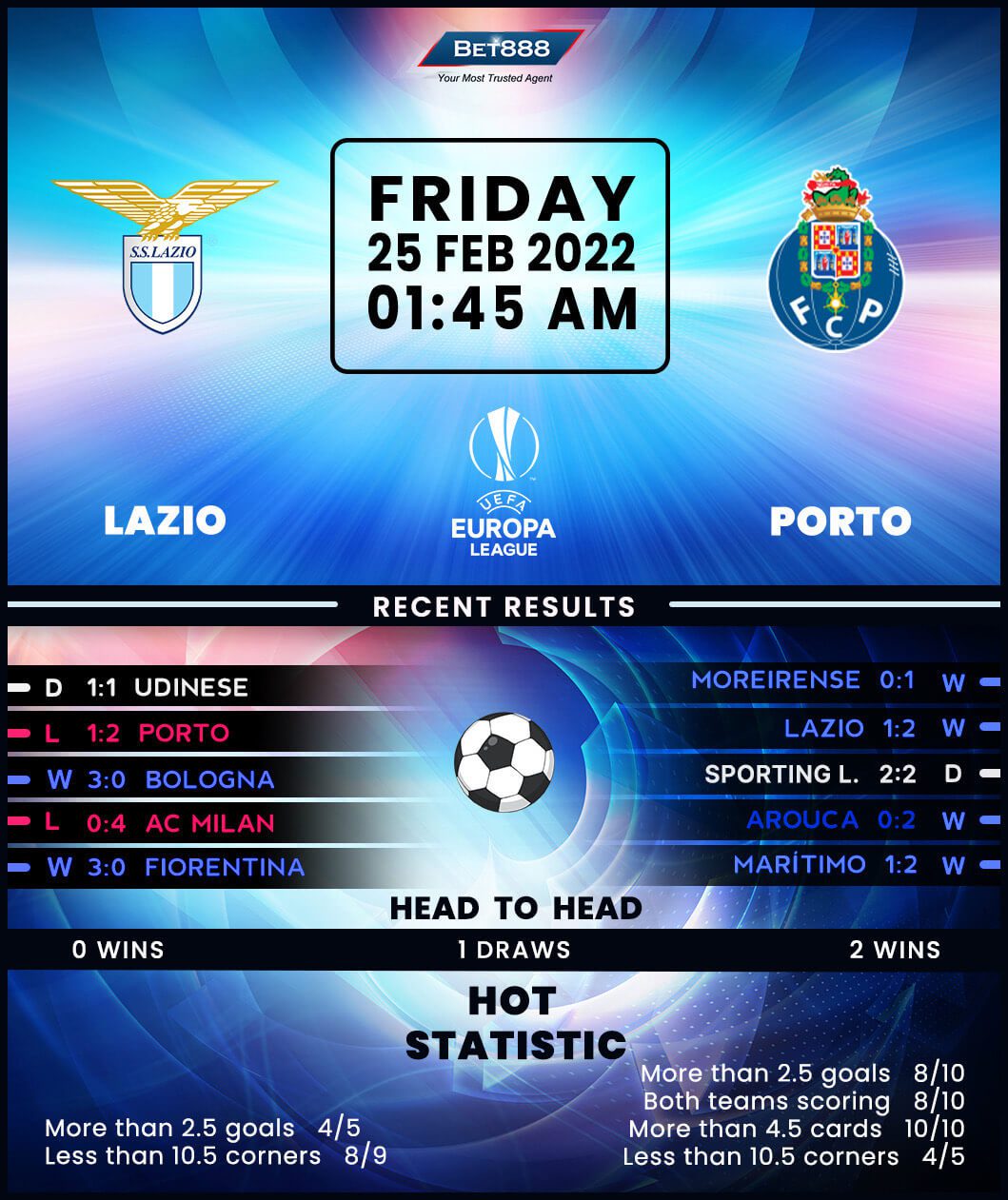