Lazio will be looking to tighten the noose on a top-five Serie A finish when they take on bottom-half Sampdoria at the Stadio Olimpico.

An indifferent three-game Serie A form (W1, D1, L1) has thrown Lazio’s Europa League hopes into doubt, though ‘I Biancocelesti’ could draw confidence from an outstanding come-from-behind 4-3 win at Spezia last time out. A return to the Stadio Olimpico would be a massive confidence booster for Maurizio Sarri’s side in normal circumstances, yet Lazio are winless in their last two home league matches (D1, L1). After a heartbreaking 2-1 defeat to AC Milan in their most recent Serie A game at Olimpico, Lazio could lose back-to-back Serie A home fixtures for the first time since December 2020. The hosts will be confident of finding the back of the net at the very least, though, having failed to score in just one of their last 20 Serie A meetings with Sampdoria (W15, D3, L2).

In the meantime, Sampdoria came out on top of a pulsating local derby against Genoa last time out (1-0), ending a run of four Serie A matches without winning (D1, L3). Though their participation in next season’s Serie A campaign is not yet mathematically secured, ‘La Doria’ could put their relegation fears beyond doubt with a win here. However, since a 2-1 win in 2005, Sampdoria have gone winless in their last 15 Serie A visits to Lazio (D3, L12), failing to get on the scoresheet in nine of those fixtures. A rare shutout at Olimpico would see Marco Giampaolo’s men keep back-to-back Serie A clean sheets for the first time this season. Yet, the visitors have conceded in ten of their last 11 away league matches. 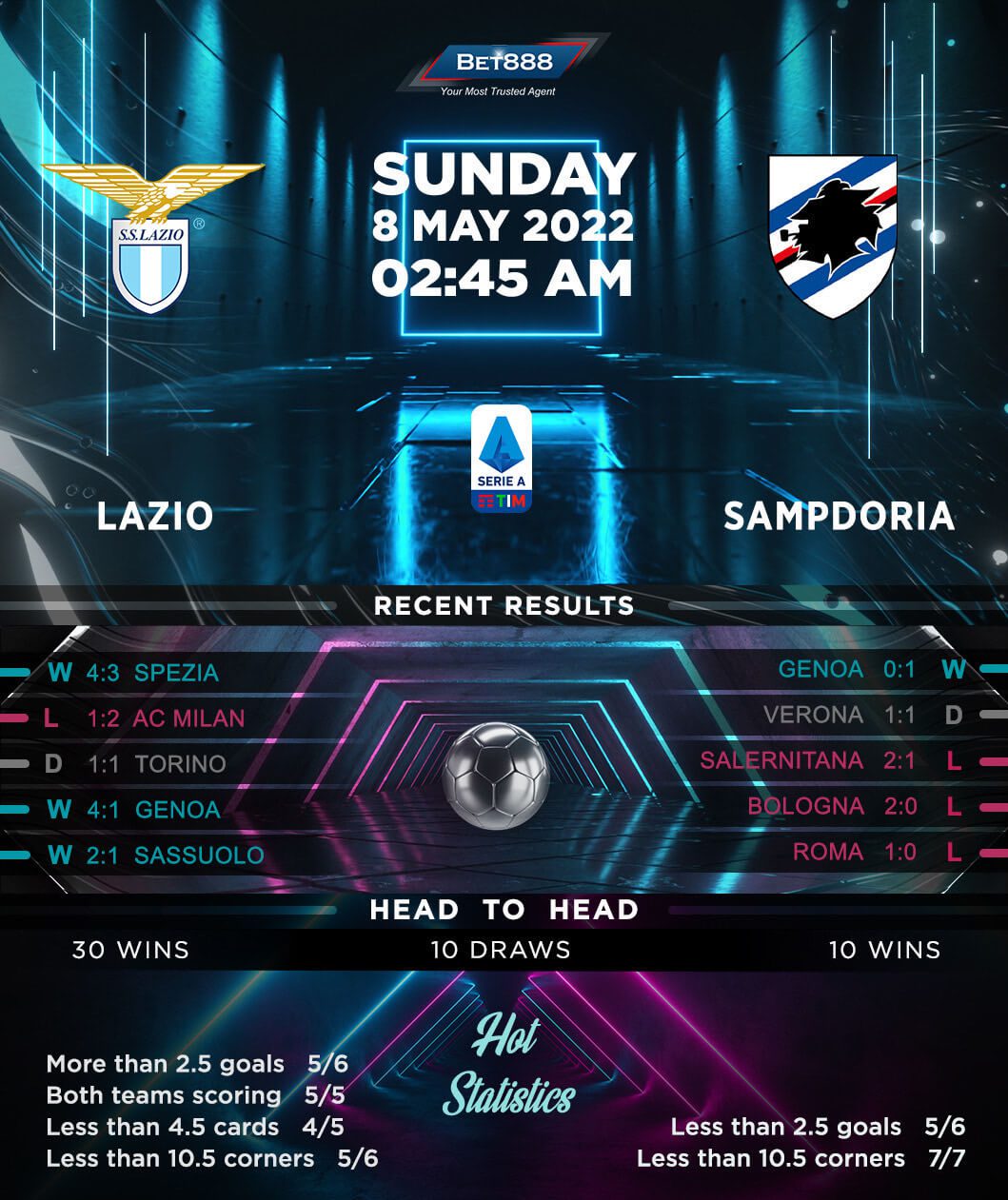