Lazio and Venezia are set to square off at the Stadio Olimpico in a high-stake fixture that will wrap up Serie A Matchday 29.

Lazio eased past relegation-battling Cagliari 3-0 last time out, ending a run of consecutive Serie A games without winning (D1, L1). Coming into proceedings, ‘I Biancocelesti’ trail sixth-placed Atalanta by two points and could leapfrog them to the final European qualification spot by winning here. There’s a good probability for that scenario, with Lazio going unbeaten in their last four Serie A meetings with Venezia (W3, D1), including a 3-1 victory in the reverse fixture. In fact, they have never lost a home match against Venezia in Serie A, racking up eight wins from their ten such match-ups (D2). Against this backdrop, Mauricio Sarri’s men have only won twice across their last seven Serie A home outings (D3, L2). Encouragingly, though, they scored precisely three goals on three occasions in that run.

On the other hand, Venezia’s hopes of avoiding a swift return to Serie B are hanging by a thread after a run of three Serie A games without winning (D1, L2) left them to languish three points adrift of safety. Things do not look well on the road, where Paolo Zanetti’s men have only won once across their last five Serie A matches (D1, L3) despite finding the net in four of them. Scoring has been a real issue for Venezia away from home this season as only Torino (7) have netted fewer Serie A goals on hostile turf than them (10) so far. They have been quite vulnerable in the later stages of play, having conceded a league second-high 22 goals inside the final 30 minutes this Serie A season. 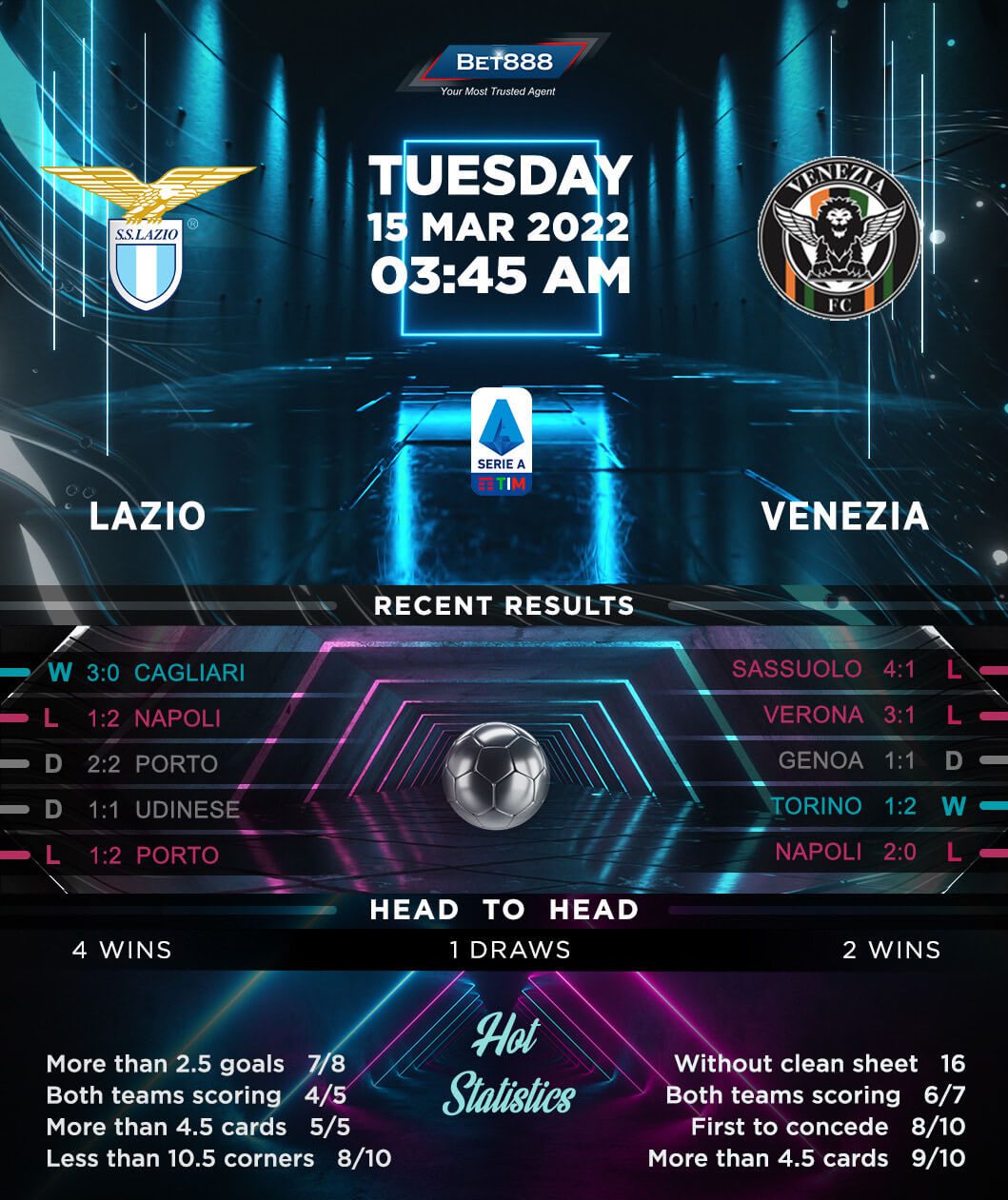