Heavily reinforced Inter Milan head to the Stadio Via del Mare to take on newly-promoted Lecce in their opening 2022/23 Serie A game.

After a two-year absence from Italy’s top flight, Lecce are back in Serie A, courtesy of a top-table finish in Serie B last season. A hard-fought 1-0 home triumph over Pordenone on the final day of the 2021/22 campaign sealed Lecce’s Serie B title, marking their 13th league triumph last term (D5, L1), more than any other side in the division. However, a 3-2 extra-time defeat to minnows Cittadella in the opening Coppa Italia round earlier in August was hardly a promising start to the new domestic season. That puts ‘I Lupi’ in an awkward spot ahead of their desperate attempt to turn their H2H fortunes around, having won just one of their last 12 clashes against Inter (D3, L8). Only one clean sheet from those 12 matches indicates they look like a doomed outfit here.

On the other hand, last season’s Serie A runners-up Inter Milan will be looking to do one better this term on the back of an impressive summer transfer window. In addition to bringing former talisman Romelu Lukaku back from Chelsea on loan, ‘I Nerazzurri’ have captured the services of Kristjan Asllani, Raoul Bellanova, and Henrikh Mkhitaryan, assembling a squad able to mount a genuine Serie A title challenge in 2022/23. Adding to Inter’s confidence, they have started each of the last three top-flight campaigns with a victory. Lukaku’s return to Giuseppe Meazza suggests Simone Inzaghi’s men could better their outrageous tally of 84 league goals last season. 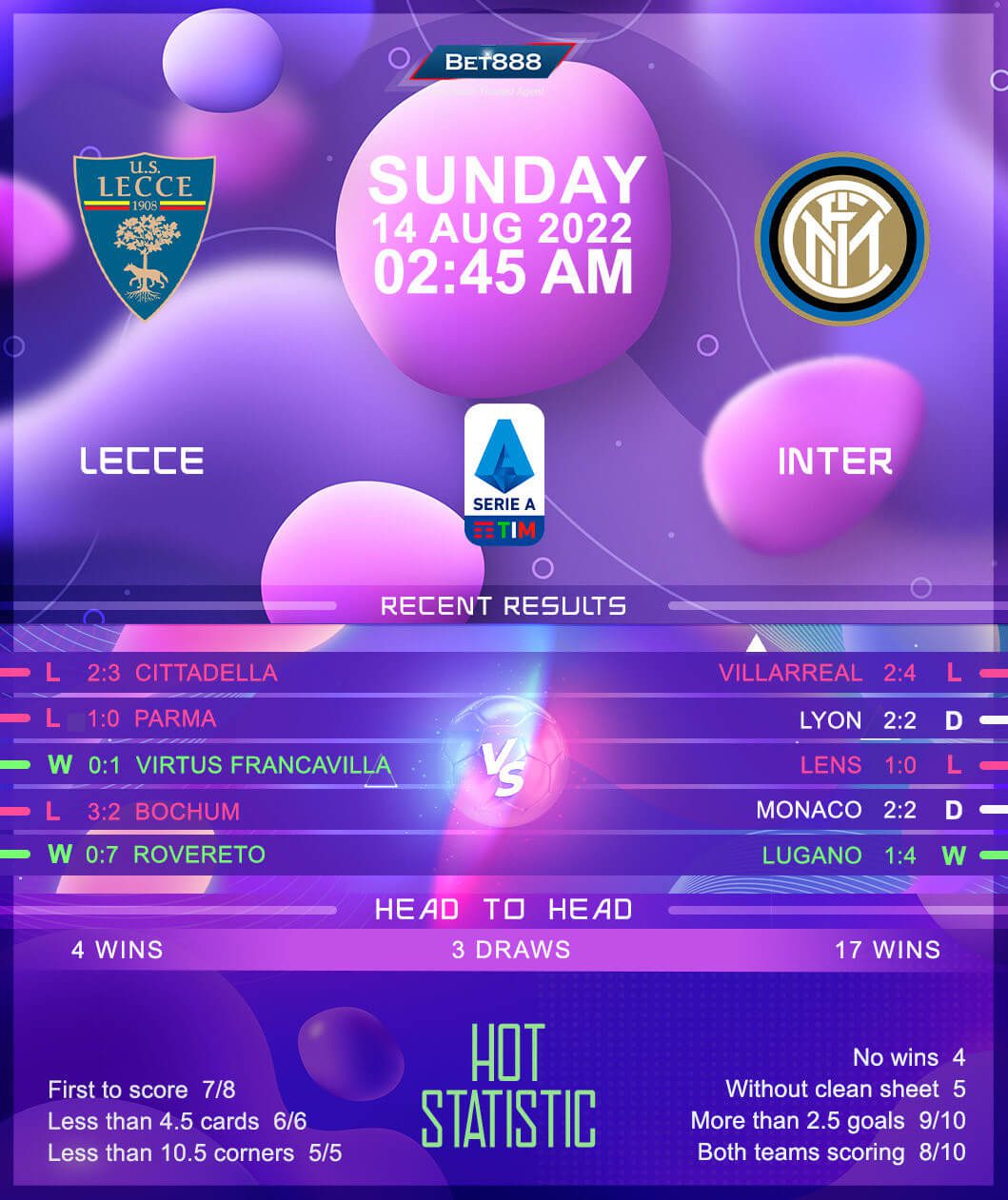