Time has become a sensitive mission for Leeds, who start to feel the heat, after a 2-1 defeat at Arsenal saw them slip into the relegation zone, with just three matches left. Coming into this round, the ‘Whites’ sit level on points with 17th-placed Burnley, and arresting a three-game winless league streak (D1, L2) is essential to avoiding another relegation from England’s top division. On that basis, Chelsea’s visit to Yorkshire could come in handy, as Leeds have suffered just five defeats in their 46 league H2Hs at home. Furthermore, they’ve conceded just three goals across their last ten Premier League home meetings with Chelsea. In stark contrast, Jesse Marsch’s men have shipped 34 Premier League goals at Elland Road this season, their worst such tally in league action since the 2011/12 Championship campaign.

On the other hand, Chelsea head into proceedings amid a rotten spell of form, having won just one of their last four Premier League matches (D2, L1), including a heartbreaking 2-2 home draw with Wolverhampton Wanderers at the weekend. Scoring first may necessarily end Chelsea’s two-game winless Premier League run on the road (D1, L1). Indeed, the ‘Blues’ have dropped a staggering 20 points from winning positions this season, most recently squandering a 2-0 lead over Wolves. However, the visitors’ cagey openings could make the difference, with Thomas Tuchel’s side conceding only two first-half goals across their 14 previous Premier League outings. With 13 of their last 15 top-flight goals shipped arriving beyond half-time, Chelsea will be desperate to avoid another lapse in concentration. 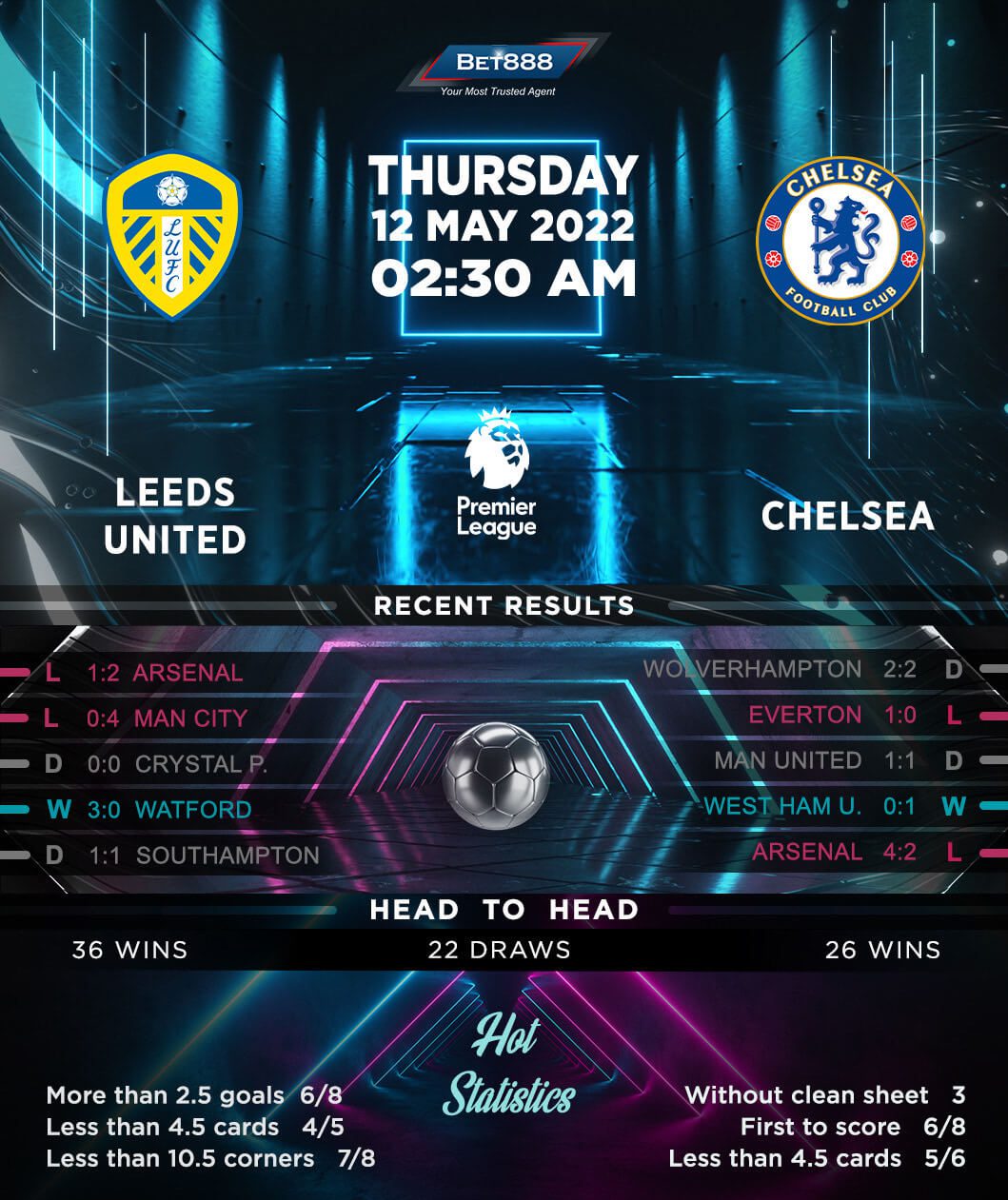