Manchester City’s bid to win their fifth Premier League title in six years continues this weekend at Elland Road as they encounter a resurgent Leeds United side.

Leeds United have undergone a renaissance since mid-March, going from six consecutive Premier League defeat to five league matches without losing (W3, D2) to drag themselves five points clear of the relegation zone. Despite facing one of the sternest tests in European football this weekend, the ‘Whites’ head into proceedings in high spirits, knowing they’ve lost just twice in their last nine home league meetings with Man City (W6, D1). However, Leeds’ defensive frailties that have seen them go nine successive Premier League home games without a clean sheet could come back to bite them against the league’s second-most prolific attack. That said, Jesse Marsch’s men have registered back-to-back top-flight shutouts in the build-up to this fixture and could make it three Premier League blank sheets on the bounce for the first time since 2002.

In the meantime, Manchester City will show up in a confident mood following a blockbuster 4-3 home triumph over Real Madrid in the first leg of their Champions League semi-final tie. The ‘Cityzens’ dismantled Leeds 7-0 in the reverse fixture at the Etihad Stadium and could complete their first league double over this opposition since 1981/82. Pep Guardiola’s men have no reason to doubt their ability to triumph at Elland Road in the Premier League for the first time since 2000, as they’ve flying high away from home this season. Since succumbing to a narrow 1-0 defeat at Tottenham Hotspur on the opening weekend, Man City have gone unbeaten in their remaining 15 Premier League away matches since (W12, D3), including three wins ‘to nil’ across their last four league travels (D1). 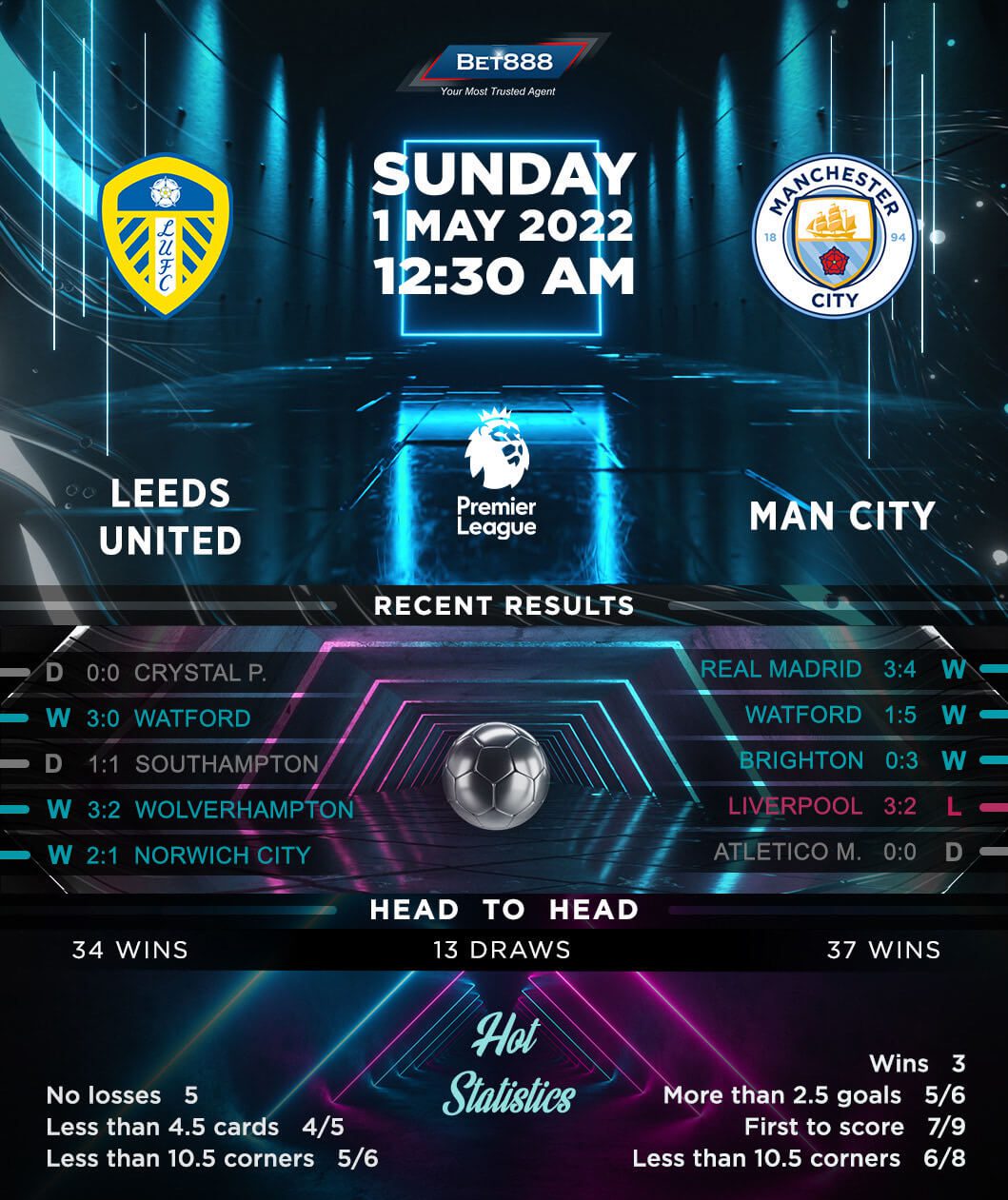