Elland Road is the venue as Leeds United and Tottenham Hotspur go head-to-head in a high-stake Premier League affair.

Leeds United seem to be sinking without a trace after losing their last three Premier League matches by an aggregate score of 13-2! Having extended their winless league streak to five games (D1, L4), the ‘Whites’ go into proceedings holding a slender three-point lead on 18th-placed Burnley. Leeds’ defensive woes require immediate fixing, with Marcelo Bielsa’s men conceding a league-high 56 goals this Premier League season. Indeed, they have shipped 3+ goals in each of their last four top-flight outings, with no Premier League clean sheet for them since a 1-0 home win over Crystal Palace in late November. Since they’ve failed to hold Tottenham out in any of their last seven competitive H2Hs on home turf, Leeds look likely to maintain their dreadful run of 11 league fixtures without a shutout.

In the meantime, Antonio Conte’s nine-game unbeaten start to his Premier League tenure at Tottenham (W6, D3) now feels like a remote memory. ‘Spurs’ have since lost four of their five league matches (W1), including an underwhelming 1-0 defeat away to Burnley in midweek. Worryingly, the Londoners have drawn a blank three times during that five-game sequence. Additionally, the visitors have netted a measly average of 1.08 goals per Premier League away match this season, scoring 2+ goals in just three of their 12 league road trips so far. Tottenham came from behind to outscore Leeds 2-1 in the reverse fixture on Conte’s home debut in the Premier League, making it six wins from their last eight meetings with this opposition in the competition. 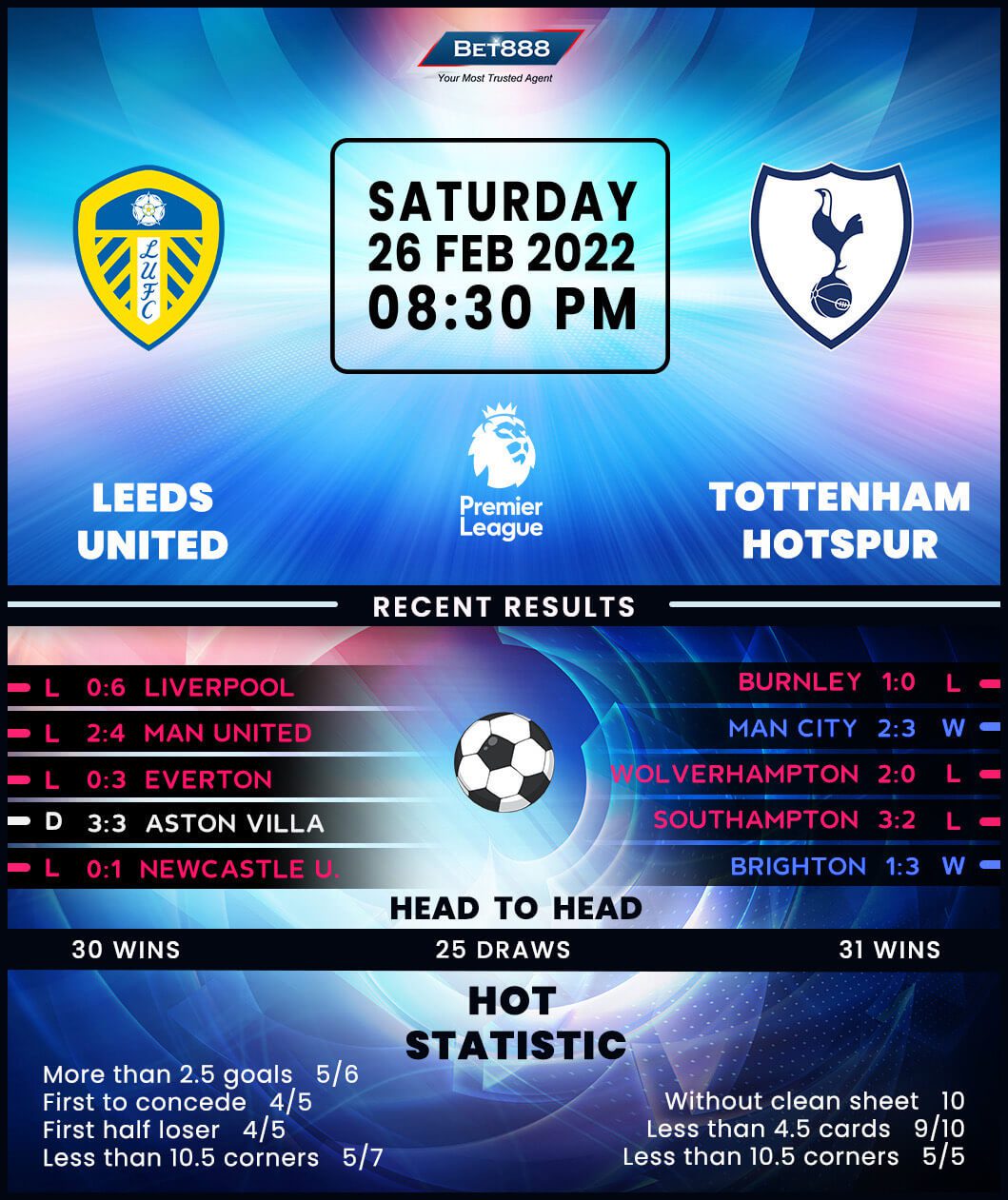