Despite being held to an underwhelming 1-1 home draw to PSV Eindhoven in the first leg of their Europa Conference League quarter-final tie in midweek, Leicester will turn up in a confident mood. The ‘Foxes’ are unbeaten in four of their last five Premier League matches (W3, D1), including a scoreless draw away to Manchester United last time out. Leicester’s upturn in form has seen them pick up ten points from their last five league outings, one more than they had in their ten previous in the competition. A victory here would see Leicester leapfrog Palace into ninth in the Premier League table. Brendan Rodgers’ men have gone unbeaten in their last five top-flight meetings with this opposition (W3, D2), while they’ve won both previous league H2Hs at home, last winning three in a row back in 1925.

On the other hand, Crystal Palace head into proceedings amid a purple patch, having gone undefeated in their last seven competitive games (W5, D2). Yet, they’ve alternated between victories (3) and stalemates (2) across their five previous Premier League matches, including a thumping 3-0 triumph over Arsenal last time out. Coming into this matchday, the ‘Eagles’ have won two Premier League away fixtures by multi-goal margins and could make it three road victories on the trot in the competition for the first time since March 2019. Vieira has seemingly tightened up Palace’s defence, as witnessed by a run of four clean sheets in all competitions. Another shutout here would see the London outfit rack up five blank sheets in a row for the first time since 2011. 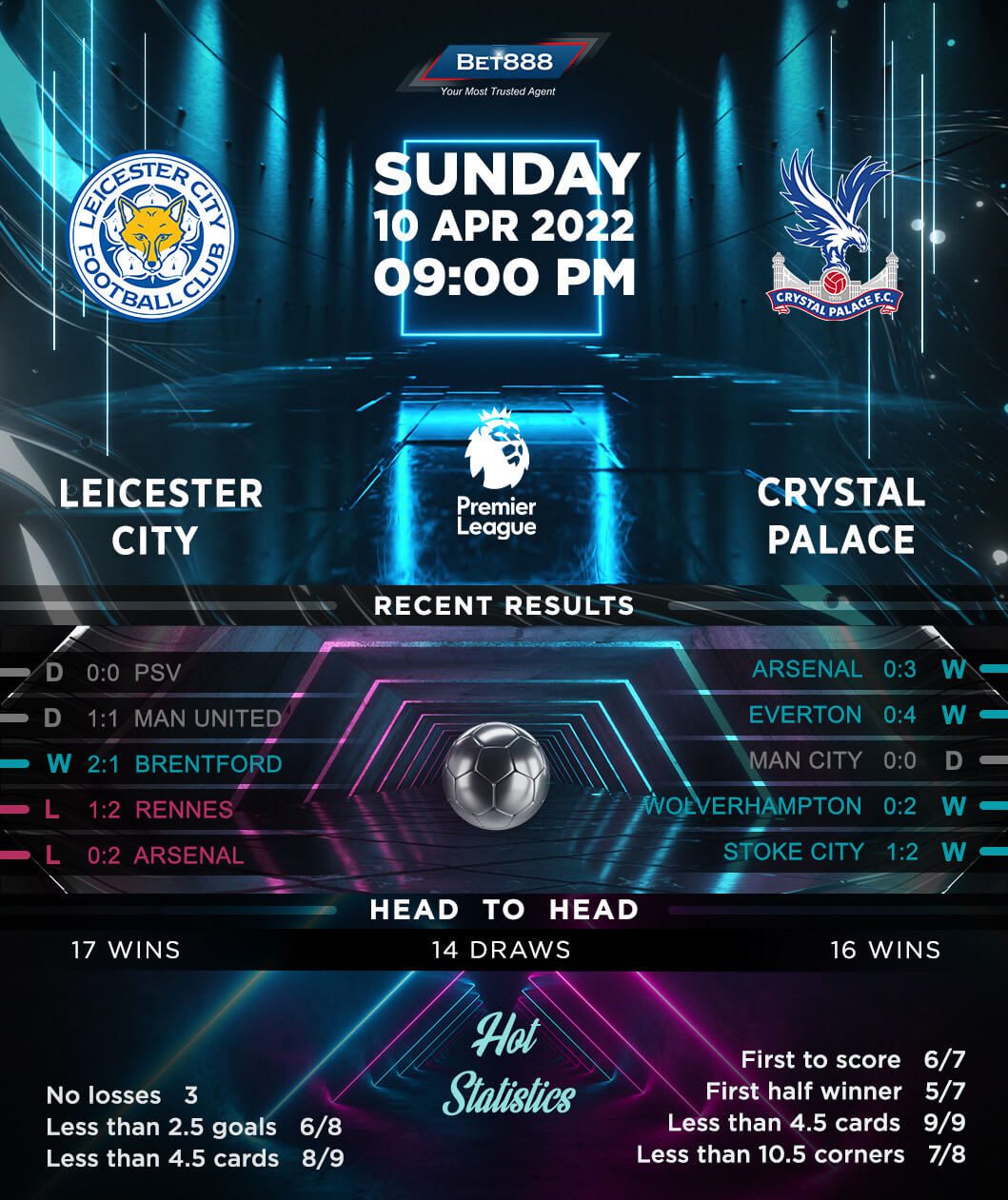