Relegation-battling Everton head to the King Power Stadium to take on mid-table Leicester City in a tasty-looking Premier League match.

Leicester City fell to a morale-crushing 1-0 defeat to Roma in midweek Europa Conference League action, to suffer a 2-1 aggregate elimination from the competition’s semi-finals. With their hopes of securing European football next season now officially dead, Brendan Rodgers’ side will hope to at least bounce back from a six-game winless streak in all competitions (D3, L3). There’s a piece of unwanted history up for grabs, though, as the ‘Foxes’ stare at the prospect of losing back-to-back home league meetings with Everton for the first time since 1997 following a 2-0 defeat in this exact fixture last season. Encouragingly, though, Leicester are unbeaten in six Premier League home matches (W3, D3).

As for Everton, a morale-boosting 1-0 home triumph over Manchester United last time out has reignited their bid to avoid relegation from the Premier League, ending a run of consecutive league games without winning (D1, L1). However, the ‘Toffees’ have picked up fewer points on the road (6) than any other Premier League side this season, suffering a league-high 12 away defeats so far. Indeed, Everton have lost their last seven Premier League outings outside Goodison Park, their longest such run in the competition since 1994. Frank Lampard’s men have conceded 2+ goals in each of those seven games, suggesting Leicester’s forwards could have a field day this weekend. 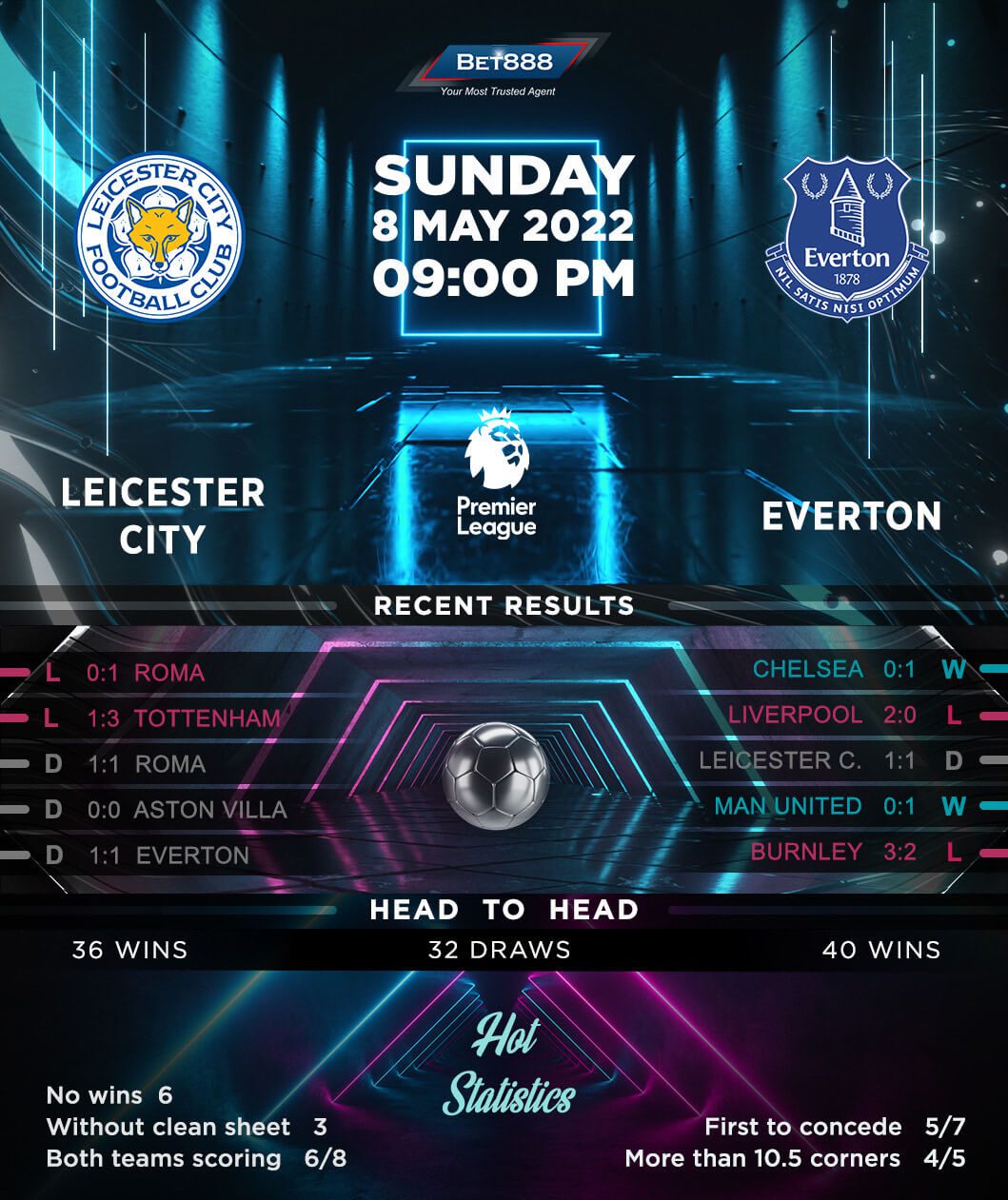