Leicester’s 2-0 win away to relegation-battling Burnley last time out eased some pressure on under-fire manager Brendan Rodgers, bringing their dismal five-game winless league streak to a halt (D2, L3). However, the Midlanders have gone three consecutive Premier League home matches without winning (D2, L1) despite taking the lead at some point on each occasion. A 1-1 draw in the reverse fixture at Elland Road has extended Leicester’s unbeaten run in their Premier League meetings with Leeds to two (D1, L1). Ominously, the ‘Foxes’ have failed to win any of their last five league H2Hs on home turf (D3, L2), including a 3-1 defeat in this exact fixture in 2020/21. They now face the prospect of losing back-to-back home league H2Hs for the first time since 1982.

Meanwhile, Leeds United’s run of four thumping Premier League defeats has seen them slide to just two points clear of the relegation zone, triggering a managerial change. After becoming the first side in the Premier League history to concede 20 goals across a single calendar month, the Elland Road hierarchy sacked Marcelo Bielsa, appointing ex-RB Leipzig coach Jesse Marsch earlier this week. Marsch’s first task as a Leeds boss will be to plug a porous defence that has conceded 2+ first-half goals in each of their last five Premier League outings en route to setting an unwanted record in the competition. Furthermore, after shipping 3+ goals in five consecutive league matches, Leeds could become the first top-flight side since Birmingham City between December 2003 and February 2004 to do it six times in a row. 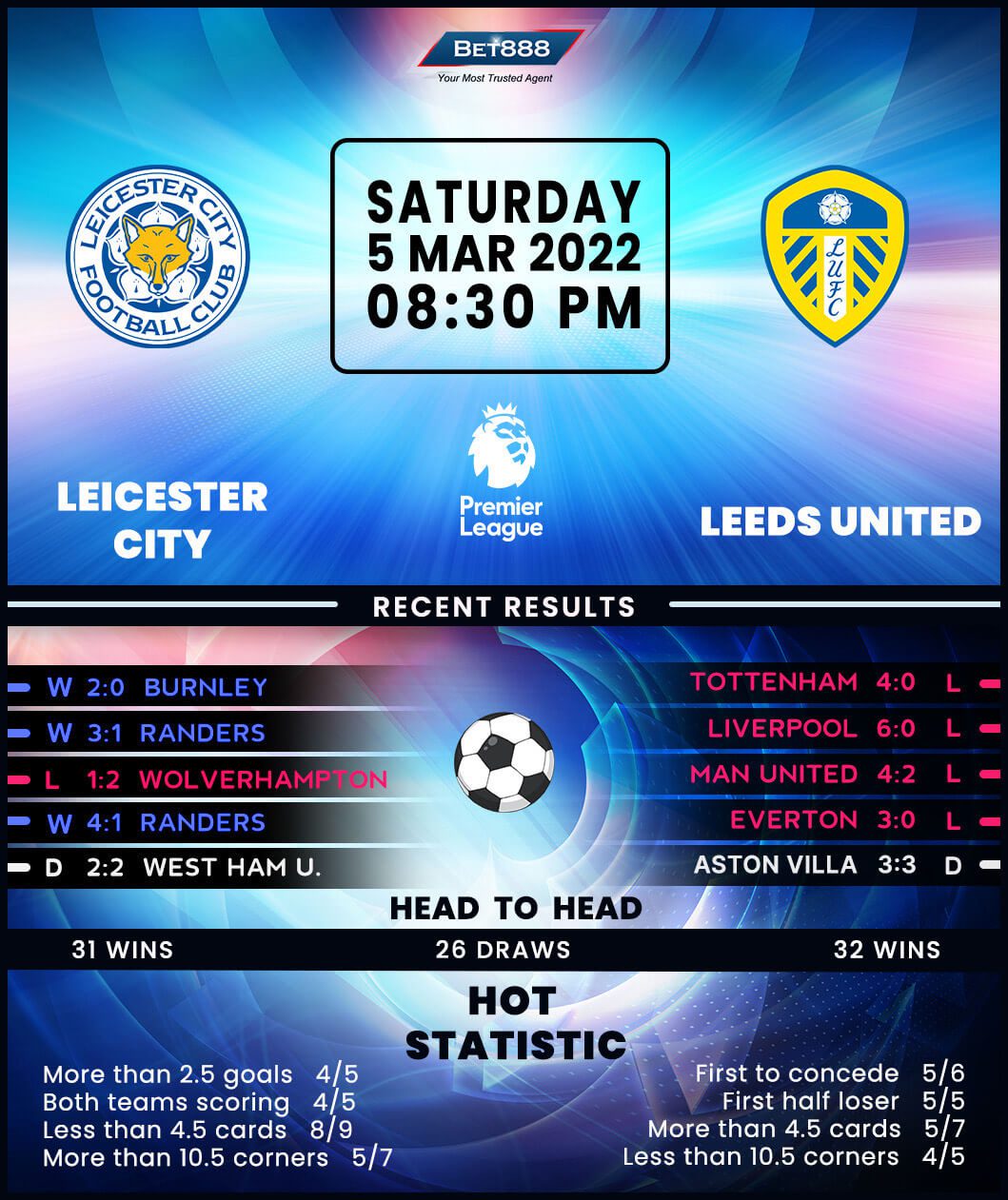