Leicester City’s pursuit of the Premier League top-four finish continues this week as they welcome Newcastle United to the King Power Stadium.

Leicester’s three-match unbeaten run in the Premier League (W2, D1) has solidified their position in the top-four race as they take the field carrying a five-point lead on fifth-placed West Ham. At the King Power Stadium, the ‘Foxes’ have won three of their last four league fixtures (L1), with all but one of those results (win/loss) yielding a clean sheet and a winning/losing margin of 2+ goals. With the team that’s scored first winning four of their last six Premier League matches, an opening Leicester goal will likely wrap up this game early. As ever, starting well will be a priority for the home side, especially given their 100% success ratio in the league encounters in which they were in front at half-time this season (W10).

Meanwhile, a 2-0 home defeat to Arsenal last time out knocked Newcastle down from a four-game unbeaten Premier League streak (W2, D2), marking their seventh consecutive league match without a clean sheet. Since the turn of 2021, the ‘Magpies’ have registered a shutout in just two of their ten away Premier League fixtures, conceding an average of 1.6 goals per game in the process. Newcastle’s poor recent form against Leicester could be an obstacle, with Steve Bruce’s side losing their last three top-flight meetings with this opposition by an aggregate score of 10-1. Curiously, none of Newcastle’s previous five top-flight trips to Leicester have ended level (W2, L3), four of which saw the victor keep a blank sheet. 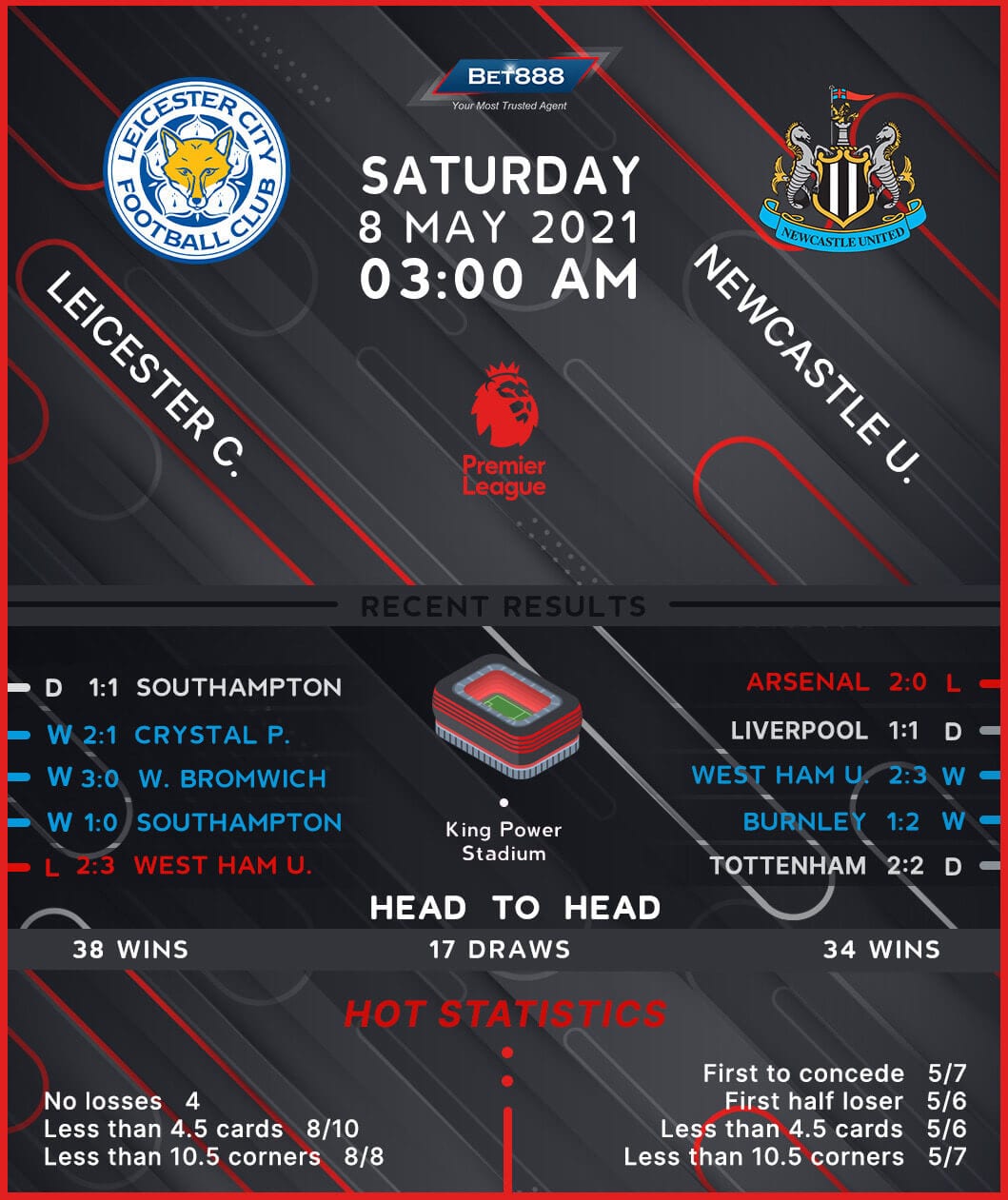