Mid-table Levante will entertain fourth-placed Sevilla at the Estadi Ciutat de València in an exciting La Liga showdown this midweek.

After winning his first La Liga meeting with Sevilla in charge of Levante back in April 2018, Paco Lopez has failed to beat this opposition in five consecutive top-flight H2Hs (D1, L4). In fact, that victory three years ago remains Levante’s solitary success against the Andalusian giants in their last 11 La Liga encounters (D4, L6). Form has been unkind to the ‘Granotas’ in the recent period as they’ve suffered four defeats in their last six league fixtures (W2), with five of the games won/lost in this spread of matches seeing the winner on the day register a shutout. With 75% of Levante’s La Liga outings this calendar year featuring a full-time margin of under 1.5 goals, there is a wide expectation of a close contest.

Seeking their second La Liga double over Levante in three years, Sevilla go into this encounter on a six-match unbeaten league streak (W5, D1), with four of their five victories in this run yielding a single-goal margin. Each of Sevilla’s last four La Liga trips has seen both teams score, with three of them containing over 2.5 total goals. Action-packed first-half football has highlighted the visitors’ last two away league matches as both have produced 3+ goals before half-time, with the opener scored within seven minutes on each occasion. High-octane second-half performances have seen ‘Los Rojiblancos’ avoid defeat in three of the four La Liga fixtures on the road in which they were trailing at the interval this season (W2, D1, L1). Notably, ten (62.5%) of their 16 away league matches have featured at least one goal inside the final 15 minutes of play. 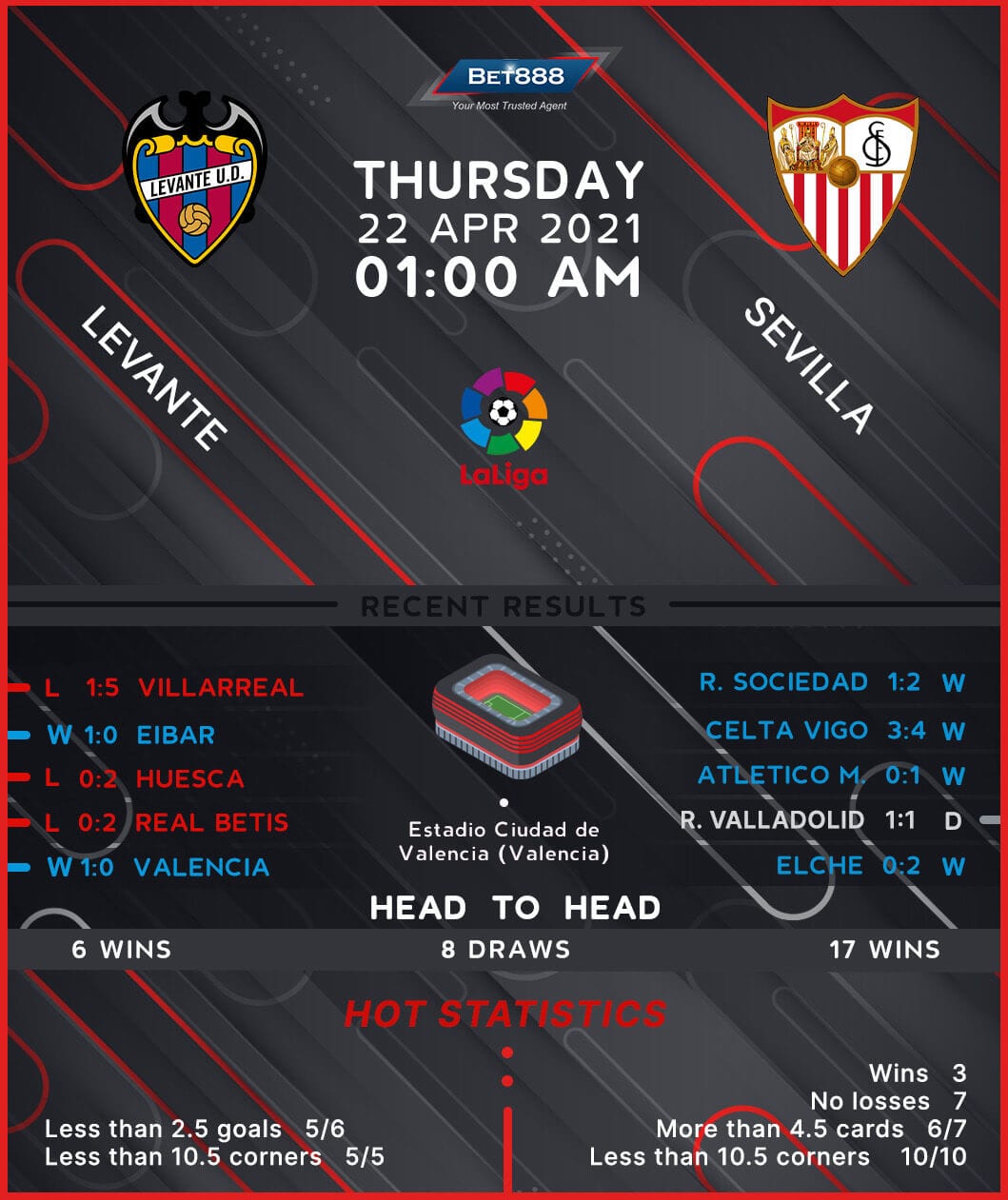