Chelsea head to the Stade Pierre-Mauroy to take on Lille in the return leg of their Champions League last-16 tie, holding a comfortable 2-0 lead from the first leg.

Lille have turned on their defensive mode since faltering in London, racking up three successive Ligue 1 clean sheets in the build-up to this fixture (W2, D1). Yet, the French side’s growing scoring issues could come back to haunt them here as Jocelyn Gourvennec’s men have drawn a blank in three of their last five competitive matches. Topically, barring a 1-0 win over RB Salzburg on Matchday 5, ‘Les Dogues’ have failed to score in their remaining two Champions League home outings this season (D2). That victory over the perennial Austrian champions marked Lille’s mere second triumph across their last 19 European fixtures on home turf (D9, L8). Additionally, they have lost all three Champions League meetings with Chelsea, conceding precisely twice on each occasion while scoring only two goals in total.

Meanwhile, Kai Havertz’s 89th-minute winner fired Chelsea to a narrow 1-0 home win over Newcastle United at the weekend, extending their winning streak in all competitions to four. Thomas Tuchel’s men finished runners-up to Juventus in Champions League Group H, but they’ve only lost one of their seven matches in the competition this season (W4, D2). Chelsea’s solitary reverse came at Juventus on Matchday 2, marking only their second defeat across their last 27 games in the Champions League proper (W17, D6). What’s more, the reigning holders have suffered just two losses across their previous 20 European matches away from Stamford Bridge (W13, D5). However, they have only won three of their last ten UEFA-sanctioned games in France (D2, L5), casting doubt on their hopes of maintaining a 75% conversion ratio in two-legged ties in which they won the first leg at home (12/16). 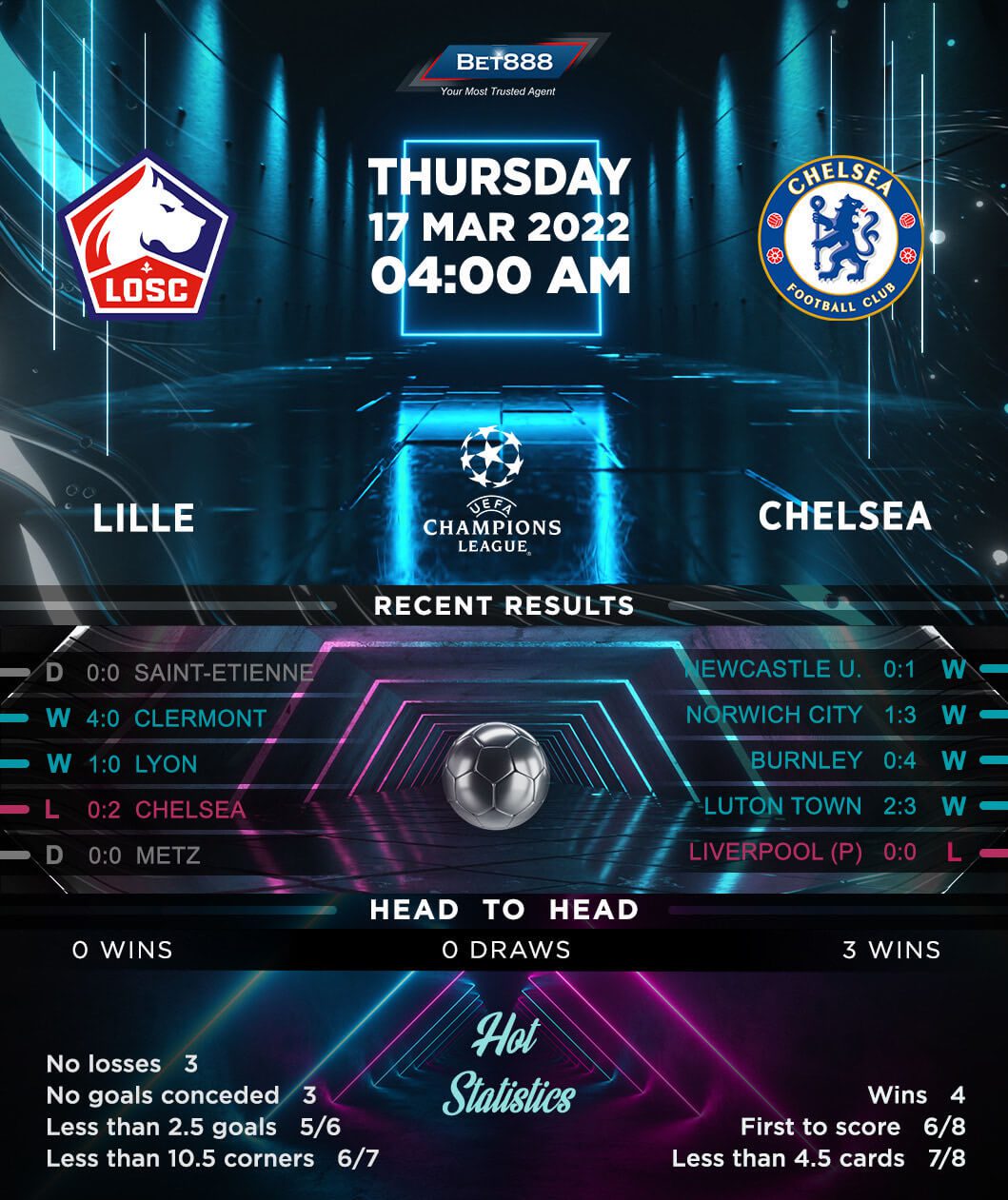