Lille defied the odds in 2020/21 to wrap up their first Ligue 1 crown in ten years, beating PSG in a keenly-contested title race by a single point. Lille’s remarkable success last season was based on a water-tight backline that conceded the lowest average of 0.61 goals per league match. ‘Les Dogues’ will be keen to land another blow on PSG and lift the Trophée des Champions trophy following two failed attempts in 1995 and 2011. Additionally, Lille will be going after back-to-back competitive triumphs against this opposition for the first time in nearly 20 years. Worryingly, though, Jocelyn Gourvennec’s men take the field after going winless in four consecutive warm-up fixtures (D1, L3), drawing a blank three times in the process.

Meanwhile, PSG handed over the Ligue 1 title to Lille in what was their worst league campaign since the Qatari takeover ten years ago, having lost eight of their 38 top-flight outings last season. Despite an underwhelming 2020/21 campaign, PSG have clinched their record-breaking 15th appearance in the Trophée des Champions showpiece. Notably, ‘Les Parisiens’ have won each of their last eight such fixtures, four of which yielded a winning margin of 2+ goals while the other four producing the identical 2-1 scoreline. Mauricio Pochettino has executed a high-profile transfer campaign to regain control in domestic football as Paris’ superstars look to post their fifth straight victory over Lille in cup games. Each of the last five competitive H2Hs between these two teams has seen one or both teams fail to score, with four of them featuring under 2.5 total goals. 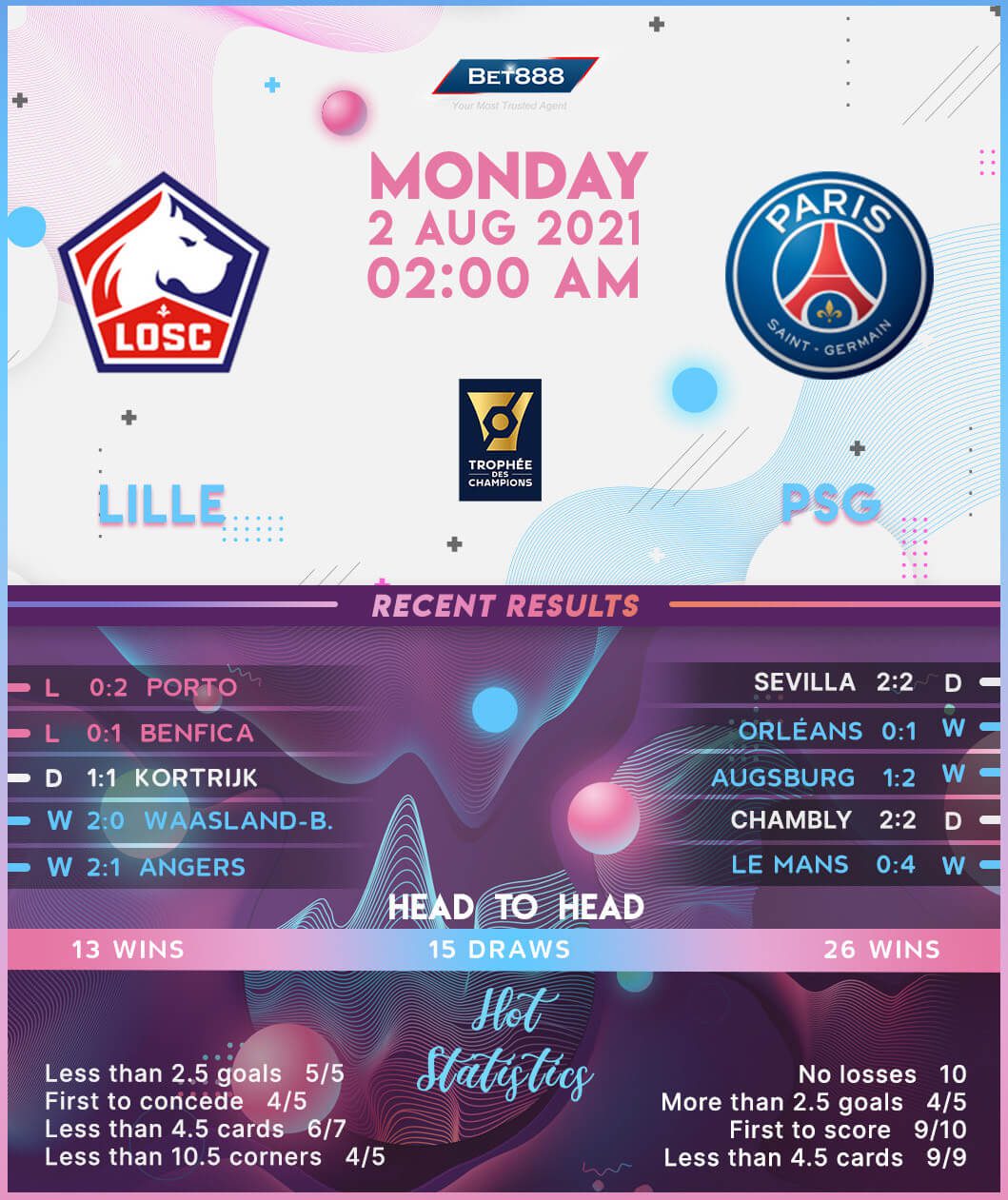