Liverpool will be looking to further reduce the gap on Premier League leaders Manchester City when they take on underperforming Leeds United at Anfield this midweek.

Liverpool’s come-from-behind 3-1 home win over Norwich City last time out saw them benefit from Manchester City’s slip-up against Tottenham as they whittled down the gap to six points. Therefore, winning this game-in-hand could bring the ‘Reds’ a step closer to dethroning the ‘Cityzens’ come May. There is plenty of reason for optimism in the Anfield camp, with Liverpool beating Leeds in each of their last three Premier League H2Hs at home by an aggregate score of 10-4. The Merseyside heavyweights have found the net in their previous 16 competitive meetings with Leeds, so they should feel confident about improving their impressive average of 2.5 goals scored per home league match this term. What’s more, Jurgen Klopp’s men enter this round as the only Premier League side yet to lose a league game at home this season (W9, D3), conceding the division-low seven goals in the process.

In the meantime, Leeds United succumbed to a ‘goal-friendly’ 4-2 home defeat to Manchester United at the weekend, making it three losses from their last four Premier League outings (D1). Sitting only five points clear of 18th-placed Watford, the ‘Whites’ will be under pressure at Anfield, where they’ve gone winless in their last five competitive visits (D1, L4). However, Leeds’ uninspiring away form this Premier League season (W2, D4, L), coupled with a league-high 29 goals conceded in such fixtures, suggests their drought is likely to go on. Indeed, Leeds’ defensive frailties have seen them ship an alarming 50 goals in the Premier League this term, with only rock-bottom Norwich (53) conceding more than them so far. Additionally, Marcelo Bielsa’s men have failed to find the net in six (50%) of their 12 Premier League road trips this season. 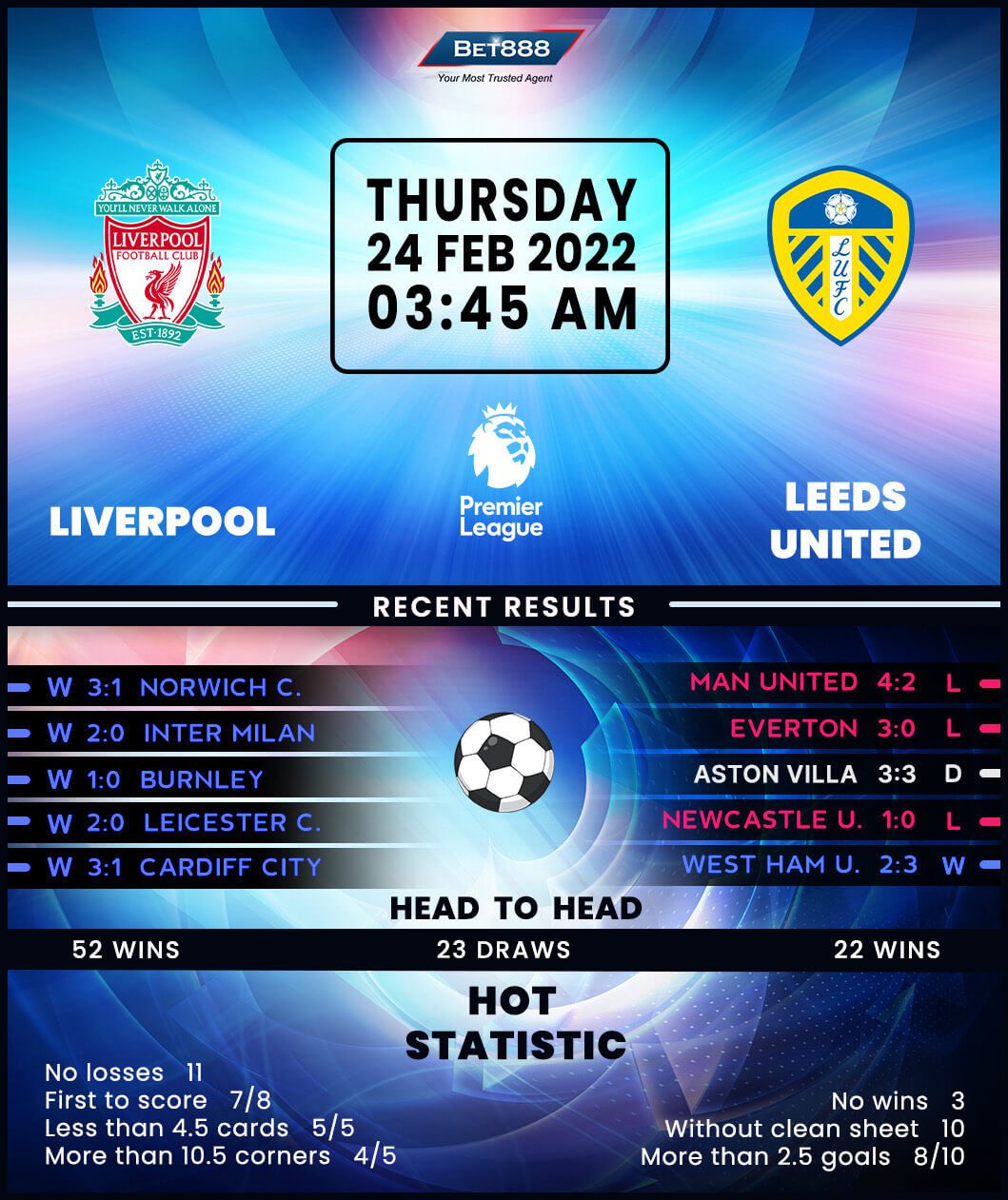